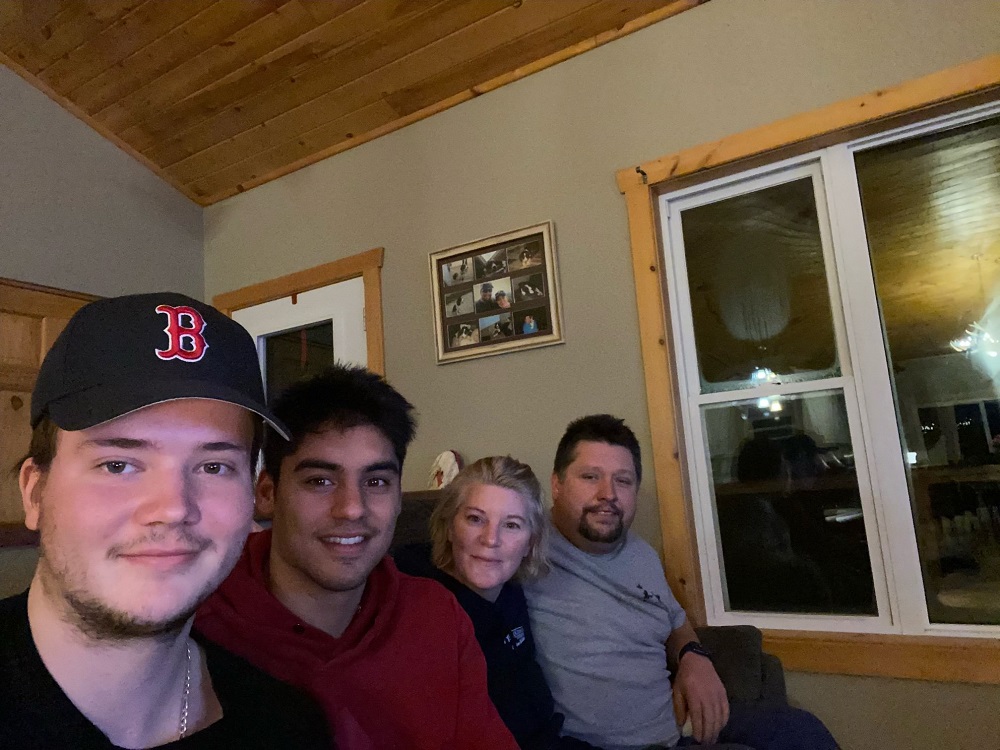 It’s been a remarkable debut season in the Highlands for the Haliburton County Huskies, backstopped by a group of 12 unsung community heroes.

Junior hockey is a competitive environment, with a professional feel. Players are recruited from all over the province, and sometimes beyond, to represent teams like the Huskies. Of the 22 players currently on the blue and white’s roster, only two are homegrown.

So, what happens to the rest?

Enter Jess Jackson, volunteer billet coordinator with the Huskies. Since the organization arrived in the County last summer, Jackson has been hard at work recruiting families willing to welcome players into their households for the season.

“We’ve been so lucky,” Jackson said. “We’ve had so many great families come forward to take players in; without them, we really wouldn’t have been as successful as we’ve been this season. Having a strong billet program makes such a big difference.”

There are 12 billet families across the Highlands. Many agreed to take in two players – something that has helped build team camaraderie, Jackson said.

Kim and Kevin Hodgkinson live on a rural property in Gelert. When they learned Haliburton County would be gaining a junior hockey program, they immediately started to think about billeting.

“My brother has been a part of junior hockey for a long time, so I know the drill,” Kevin said. “We thought it was a wonderful opportunity for us to open up our home. My wife and I never had the chance to have kids, so it was a nice idea for us to get involved with this and experience what it’s like to have some kids around.”

Forward Sam Solarino has been living with the pair since last fall. Defenceman Jonah Cochrane joined him in November, after he was acquired from the Wellington Dukes.

The Hodgkinsons have loved the experience so far.

“It’s been great. They’re kids, but they’re also adults at the same time. They help out with stuff around the house and they’re very self-sufficient,” Kevin said. “It’s not hard to get attached to these guys; they’re wonderful people and they’ve got a lot of drive.”

Don and Julie Pernerowski were one of the first families to sign up. Having seen their son, Taylor, travel out west to play junior hockey in the late 2000s, they saw this as an opportunity to do their part and give back to the hockey community.

They have forwards Nick Athanasakos and Patrick Saini living with them on Horseshoe Lake.

“We’ve been involved in hockey all of our life, but since our kids have been done, we’ve really missed it,” Julie said. “Because people have stepped up and provided a home for our kids in the past, we thought it was our time to help out. It’s been an awesome experience so far. We couldn’t have asked for better kids. They’ve just become a part of our family.”

All billets receive a monthly stipend of $475, paid by the players’ families, and a pair of season tickets supplied by the team. The expectations are that they will provide a bedroom for the players, have food in the house, and cook an evening meal. Transportation to and from the rink for games and practices is the responsibility of the team.

Jackson said she’s still on the lookout for potential billets, both for this season and next. Anyone interested can message her at huskieshousing@hotmail.com.

“There’s no perfect fit, no ideal scenario as to who can be a billet family. Anybody from a single working professional, to a family with children, to a retired senior can take a player in. I think anyone can be a candidate for the program,” Jackson said. “I don’t think we can ever have too many families on board.”