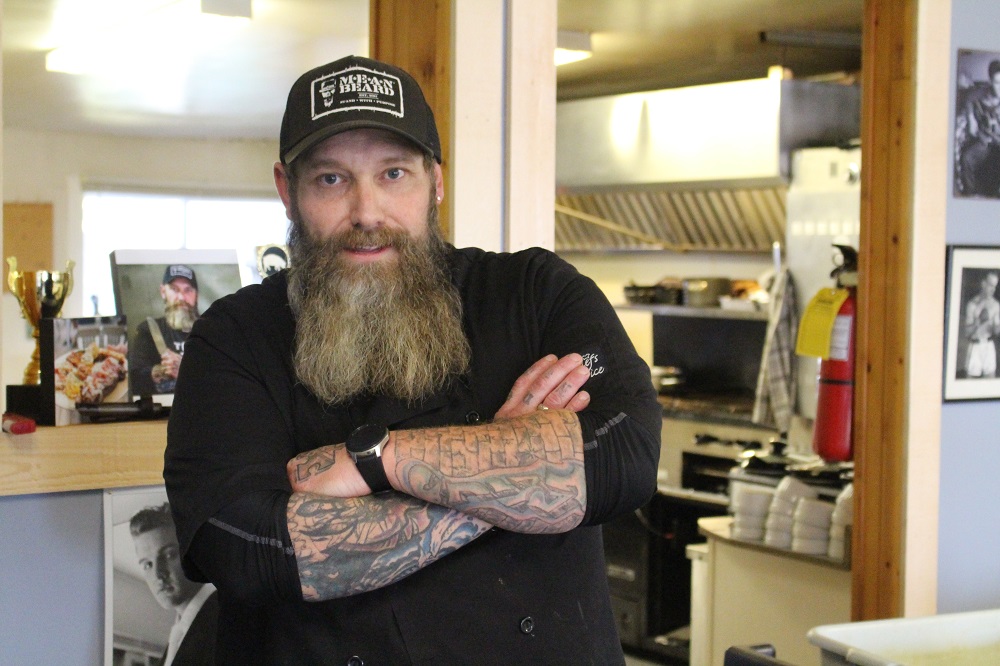 Chef Shannon Brown’s passion for barbecue is a life-or-death affair.

When packing up for a catering gig in October, right before the planned opening of his new location in Fort Irwin, a transport truck blew a tire beside his Peterborough home, sending a piece of debris into his chest.

The owner of Till Death BBQ nearly lived up to its name and the injury meant he had to delay opening his Haliburton restaurant.

But after four blood transfusions, he’s back in action, serving up smoked meats, homemade fries and handcrafted sauces in Till Death BBQ’s first permanent location right next to the Fort Irwin Marina. He opened the doors Nov. 5.

“The way I do the food is so different than what others do,” Brown said. He uses a live smoking method, which means the fire is right in the smoker, making for higher temperatures and quicker cook times.

In the rich tradition of Texas-style barbecue, it was unorthodox. Most smokers run at around 250 degrees, Brown’s is usually more than 600.

“People that had been (smoking meat) their whole lives, they were laughing at us, until we started bringing the trophies,” Brown said.

A lifelong cook, a board behind the restaurant’s till is plastered with Diamond Awards from Peterborough: top chef, top restaurant, top caterer and more.

“I’ve been doing it my whole life, but it wasn’t until 2017 I thought I could do it well enough, to start making money off it.”

He said he keeps it simple: relying on different rubs for each meat and lots of sweetness to combine with the smokey inferno, which he is constantly monitoring outside behind the main kitchen.

At Till Death BBQ, Brown said brisket’s been a top seller so far, shifting more than 40 pounds on the restaurant’s opening day.

“The amount of people that have never had brisket before was absolutely crazy,” said Brown

Nearly everything on the menu, from pork to fries is from Ontario producers. Brown said he doesn’t use frozen or premade ingredients.

“It’s scratch-made from start to finish, and we try to go as local as possible.”

Brown found out the Fort Irwin location would be vacant, with the previous restaurant closing.

Peterborough, said Brown “is oversaturated when it comes to food places.”

He and his partner, Joy, who often helps out serving, plan to move to the County full-time.

Brown said creating a positive workplace has been a goal. Catering positions pay $30 per hour, and workers in the restaurant make between $20-25 dollars per hour depending on the shift.

“We pay way above the average for restaurants,” Brown said. “It’s a job that you do because you’re passionate about it, not because you’re going to make a lot of money: there’s no reason it has to be like that.”

For Brown, that’s been a winning strategy. “We’ve been almost six years in the business and all we’ve done is expand,” Shannon said. 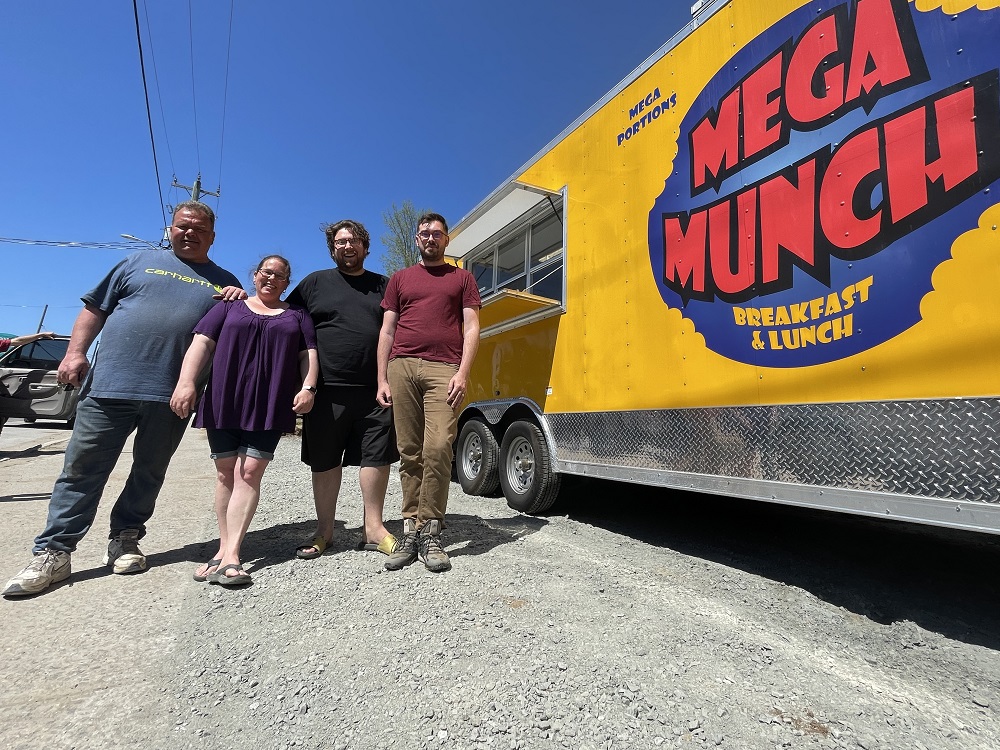