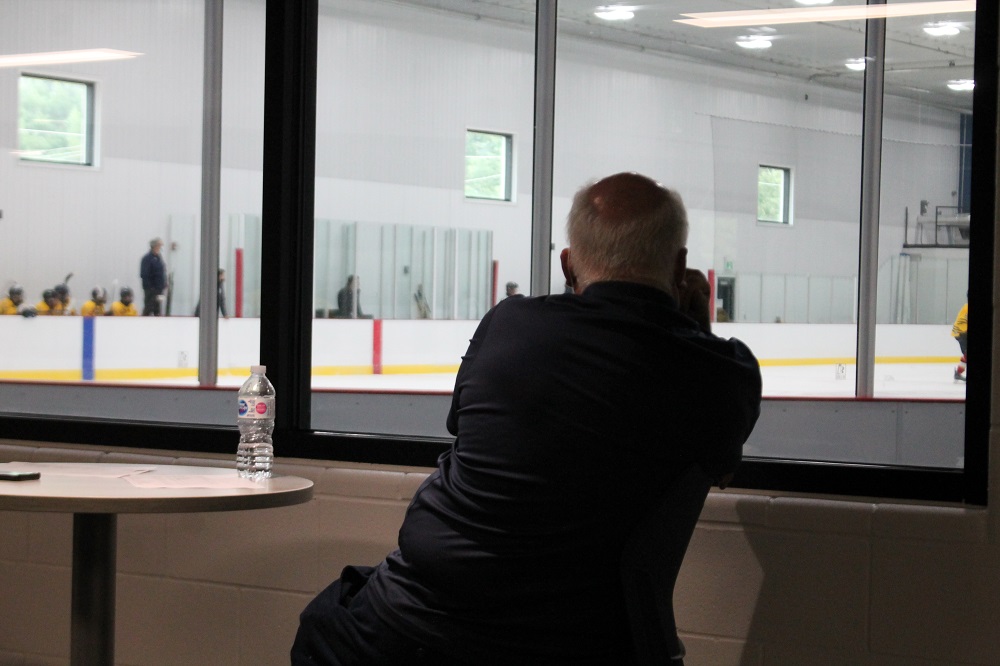 Haliburton County Huskies’ fans will be able to enjoy an adult beverage while watching games this season.

Minden Hills Council approved expanding the available licensing area of the S.G. Nesbitt Memorial Arena and Community Centre beyond the existing Minden, Anson and Hindon rooms at its Oct. 4 meeting.

It means the township will apply to the Alcohol and Gaming Commission of Ontario to also include the gym; off-season rink; viewing and lobby areas; ice rink seating and the warm viewing area.

To accommodate the Huskies’ desire to sell alcohol, the township had to declare that each of the team’s home regular season games are events of municipal significance.

In a report to council, director of community services, Craig Belfry said, “The municipality has agreed to the use of the upper warm viewing area and community hall by the Haliburton Huskies for alcohol sales. In addition, the Huskies have requested that the sale of alcohol be permitted in the ice rink seating area.”

Belfry said the request should be granted since the Huskies “are an important tenant, and that their games will have an economic impact on the municipality as a whole.”

However, he said staff also believe that an area should be reserved as a ‘family zone’ for patrons who don’t want to sit where alcohol is permitted. Initially, it was suggested that 54 seats at the north east end could be sectioned off, clearly marked and under game day supervision of the Huskies.

Mayor Brent Devolin said he attended the Oct. 2 Huskies’ home opener and team ownership and the township are on the same page, “to see how it goes, whether it’s problematic or not and malleable on a go forward basis if things need to be added.”

Coun. Bob Carter spoke in favour of expanding throughout the facility but not into the stands. “We should be limiting the sale of alcohol in the stands particularly in the first year ‘til we see how it’s going.” He said drinking should be limited to the warm viewing and bar area. He added that designating 54 seats as a family zone represents just 12 percent of the facility and “doesn’t seem to be a very family-friendly approach.”

But Coun. Jean Neville replied, “Why we’re throwing more obstacles in the way of this opportunity to have a junior A hockey team here, I don’t understand. Why are we going to worry about things that might not happen? They are open to modifying this if there are issues.”

She added Carter is inferring that parents and adults will not be responsible. However, she said “nobody’s going to sit there and get hammered.” She said people would have designated drivers and not cause altercations.

Coun. Pam Sayne said the township had done a lot for the team, a private company, and she is concerned about a perceived bias. She’s also worried about competing with drinking establishments in town. However, Devolin said other bars and restaurants are “ecstatic” to have the team in town. Deputy Mayor Lisa Schell said people who don’t watch hockey won’t be coming to drink.

Devolin asked if Carter would accept 100 seats as a compromise and he said, “certainly 100 is better than 50.” Council eventually passed a resolution at that number.

“We’ll see how it goes. If we’re back here in a couple of months, with bad news, then we can make the next adjustment or if by the end of the whole season things are all positive then prior to another season we revisit it,” Devolin said.

The Huskies will be providing Smart Serve and security, according to Belfry.

Huskies seek to improve on the road