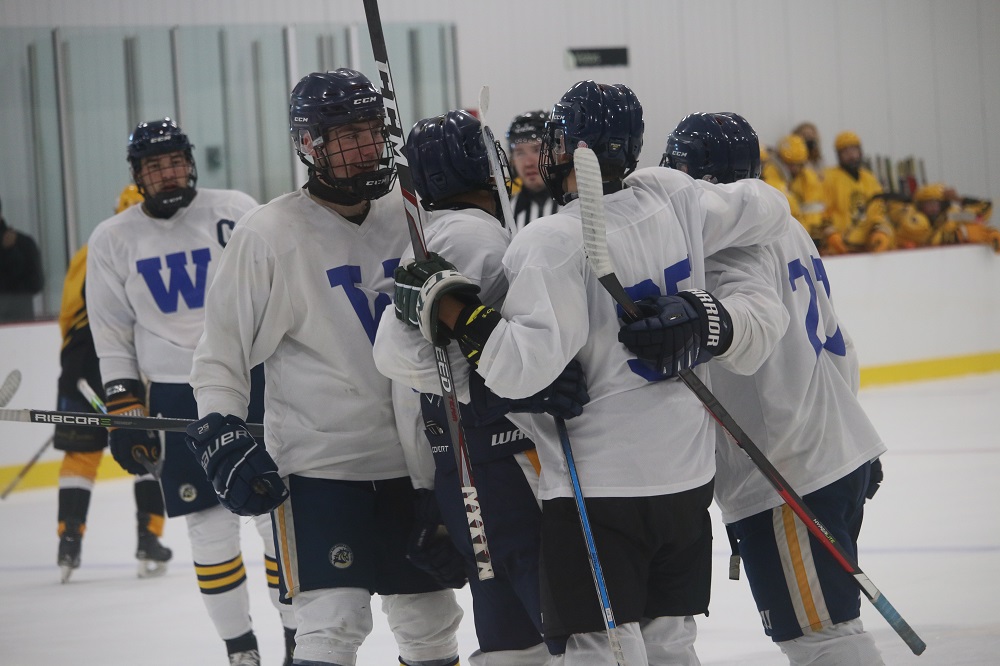 The Haliburton County Huskies kicked off their pre-season in style this past weekend with a pair of impressive victories over the Aurora Tigers.

In what was a special night Friday for the hometown team, competing in its first ever game, albeit an exhibition, the Huskies roared out of the gates on the road in Aurora, displaying great offensive panache en route to a 6-3 victory over the Tigers.

The very next night, in what was the organization’s home debut at SG Nesbitt Memorial Arena in Minden, the Huskies once again put the Tigers to the sword, coming away with a 7-4 win. A crowd of 195 people were in attendance at the game, generating an incredible atmosphere that the Huskies players responded to right from the first drop of the puck.

Ryan Ramsay, Huskies head coach and general manager, was pleased to pick up a pair of wins as the team prepares for its inaugural OJHL season.

“I thought we played pretty well. We’ve been working really hard over the past two weeks on our systems and getting everyone on the same page, so to see things fall into place and pick up a couple wins was nice,” Ramsay said. “There’s a lot for us to break down now – there’s still work to do, and we’ll keep pumping the systems on the ice in practice as we get ready for the season.”

The Huskies were particularly impressive when they had the puck against the Tigers on home ice on Saturday, creating a steady flow of chances that kept the away side on the back foot for the opening two periods. By the end of the second buzzer, the Huskies had racked up six goals and conceded just one.

The team’s top forward line in particular really stood out over this first exhibition weekend, with star forwards Bryce Richardson and Oliver Tarr showing what they can do when given time and space in the offensive zone. Richardson put up a hat-trick and an assit in Saturday’s game in front of the hometown crowd, with a further two goals on the road the night before in Aurora. Tarr had 10 points across the two contests.

“That line played really, really well. They really put a marker down,” Ramsay down. “We know what we have in those guys, and they have some really great chemistry, so we’re excited about that.”

“Once we get into the season, everyone can see a stat sheet, so teams are going to put a big focus on our top line and our top players. That will create opportunities for some of our other players, so secondary scoring will be a big thing for us,” Ramsay said. “We have some guys that I think can step up, but we’re also still looking to acquire one or two forwards that can help us out.”

As the team prepares for another home and home exhibition series this weekend, this time against the Collingwood Blues, Ramsay says he’s looking forward to facing off against one of the stronger teams in the OJHL.

“This weekend is going to be a lot stiffer competition. That’s taking nothing away from Aurora, but Collingwood usually has a very good team. They have a great system there. So this will be a really good test for us moving forward to see where we match up with some other teams,” Ramsay said.

The teams will play in Collingwood on Friday, before a home tilt in Minden on Saturday. Puck drop at SG Nesbitt Memorial Arena is slated for 4:30 p.m