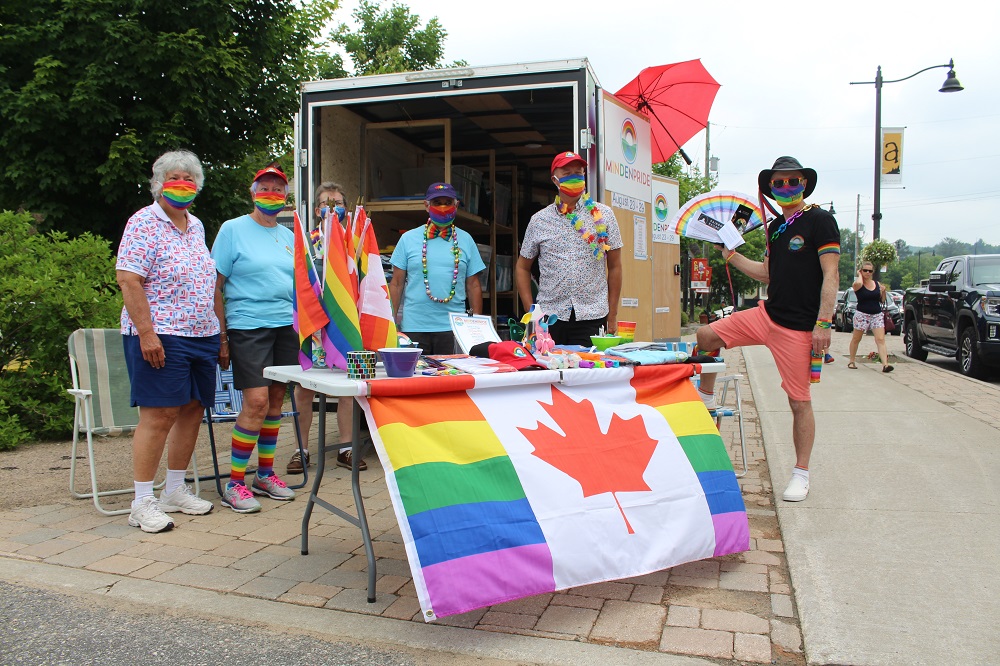 Minden Pride is aiming to raise $10,000 to help bring an LGBTQ refugee into Canada, giving them an opportunity to start a new life.

The local group is partnering with Rainbow Railroad, a global non-profit that helps individuals facing persecution based on their sexual orientation, gender identity and sex characteristics escape dangerous, sometimes even fatal, situations.

“It’s hard to believe there’s [almost] 70 countries in the world where just being who you are is considered illegal,” Allan Guinan, chair of Minden Pride, informed The Highlander. “Being gay is not OK in a lot of countries still in the world. Afghanistan is just one example. You can be tortured, you can be murdered in Afghanistan for being gay.”

Guinan and a collection of volunteers have banded together in recent weeks in an attempt to raise enough money to sponsor an individual through Rainbow Railroad. As of press time, they have raised approximately $7,797 of their $10,000 goal – the costs associated, Guinan says, with helping one person escape state sponsored violence.

Since being founded in 2006, Rainbow Railroad has helped over 1,600 LGBTQ individuals find safety through emergency relocation and other forms of assistance.

Due to political instability in some parts of the world, most notably in Africa and the Middle East, there has been a huge surge in demand for support and assistance in recent months. Since Jan. 1 of this year, there has been 2,987 individual requests for help received by Rainbow Railroad.

Kimahli Powell, Rainbow Railroad executive director, recently told CBC that his organization has fielded hundreds of requests for assistance from LGBTQ individuals in Afghanistan since the Taliban returned to power in the war-torn country in mid-August.

“Conditions for LGBTQ folks was precarious even before Taliban rule … Our fear with the Taliban is that members of the community will be targets. We’re already seeing disturbing reports from people who reached out to us that the Taliban is seeking out members of the LGBTQ community, and there have been reports of someone allegedly being killed,” Powell said. “We’re really concerned, and the people who have reached out to us are extremely concerned, which is why we have to do everything we can to help people who are at imminent risk escape.”

Guinan echoed those sentiments, saying the current situation in Afghanistan is really driving home the point to members of Minden Pride how fortunate they are.

“The luxuries that we have in Canada, and here in Minden as a community are not necessarily the same for everyone else around the world,” Guinan said. “We’re seeing some truly horrific things happen right now – not only in Afghanistan, but in other places too … Our goal with this is to get somebody out of an area where homosexuality is illegal, or they’ve faced, or are facing some sort of persecution.”