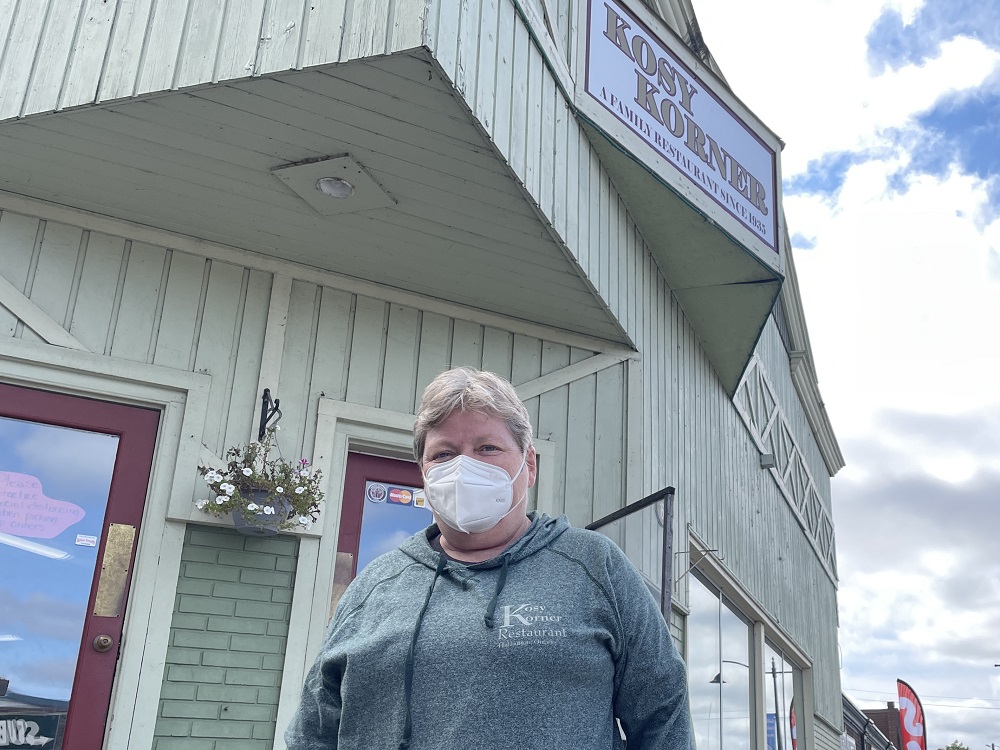 At Haliburton’s Kozy Korner, owner Ann Gordon greets two masked customers at the door, sending them to a freshly-sanitized table six feet from the next diners inside the bustling restaurant.

After navigating changing public health rules the past 18 months, the province’s upcoming vaccine protocols, which take effect from Sept. 22, aren’t too much of a concern, she said.

“It’s all worth it to keep everybody safe and force people to get vaccines. We were hoping it was coming, we wanted it to come,” she said, adding her staff will be fully vaccinated come October.

On Sept. 1, the Ontario government announced a vaccine certificate system which will mean people entering restaurants, bars, gyms, and other nonessential indoor gathering spaces must show proof of vaccination.

“Our government is taking action to minimize disruptions to the daily lives of Ontarians, help keep businesses open and kids in school by protecting the health and well-being of all Ontarians,” wrote MPP Laurie Scott in an emailed statement.

For some business owners such as Terri Matthews-Carl, mandating vaccines means one more safeguard against going takeout-only or closing completely as they have in the past.

“It will allow us to stay open indoor all year, and increase our capacity,” said Matthews-Carl.

The details are scarce. She and Gordon are unsure what enforcement will look like. On Oct. 22, Ontario is set to roll out a QR code app which will scan phone information to confirm vaccine status.

“I think that for the first month without the app, it’s going to be a bit more of a hassle, checking every person’s ID is going to be time-consuming,” Matthews-Carl said.

In certain places, such as Haliburton’s legion, vaccine requirements will serve to protect an at-risk population with most of the legion’s members being elderly.

President Don Pitman said he’s been in touch with the provincial legion governing body to determine a strategy.

He supports the restrictions, but said it adds complications to running programs.

“It makes it a bit difficult for us.

We don’t have a branch cell phone so someone’s personal cell phone is going to have to be used for that,” he said. “[the plan] is so light on details, frankly, we’re just waiting for more information.”

Pitman said “it may not be a problem at all, but we won’t know until we have the opening night, and then we’ll iron out the bumps.”

The new rules will also apply to gyms and fitness centres such as Meghan Cox’s Just Movement Fitness.

Cox is concerned the new rules will have a negative impact on people’s overall health.

“All I can say in regards to my business is that mandating a vaccine passport for a venue that promotes actual health and offers long term benefits to reducing the load on our health care system, is kind of contradictory, don’t you think?”

“The divide in humanity this is causing is both sad and disheartening,” she wrote.

Some business owners and political representatives across Canada claim the certificate program to be an infringement on Canadians’ rights.

MP Jamie Schmale said in August that while vaccines are the way to end the COVID-19 pandemic, he does not believe vaccines should be mandatory for healthcare workers and federal employees, and favours education over enforcement.

Many medical professionals, such as HKPR’s chief medical officer of health, Dr. Natalie Bocking, have said the certificate program is not as unusual as people think.

“For example, I can think of travel to other countries. In other countries you need vaccination against Yellow Fever,” she said. Bocking also mentioned how the certificate program does not limit access to essential services such as pharmacies, grocery stores and healthcare centres. Across the HKPR area, 76.4 per cent of people are fully vaccinated, and the health unit is planning mobile pop-up clinics which will target specific areas amid what many are calling a fourth wave of COVID-19 in the province.

And the vaccines are working: Bocking reports that among confirmed cases of COVID-19 in the region, only 10.9 per cent were fully vaccinated.

Neither Gordon nor Mathews-Carl said they are confident most patrons will willingly comply with the new rules. A few guests have mentioned they are currently unvaccinated or do not plan on attending restaurants past Sept. 22.

Gordon said enforcing the rules is a matter of safety, and she’s not too concerned about the possibility of customers angry about showing proof of vaccination.