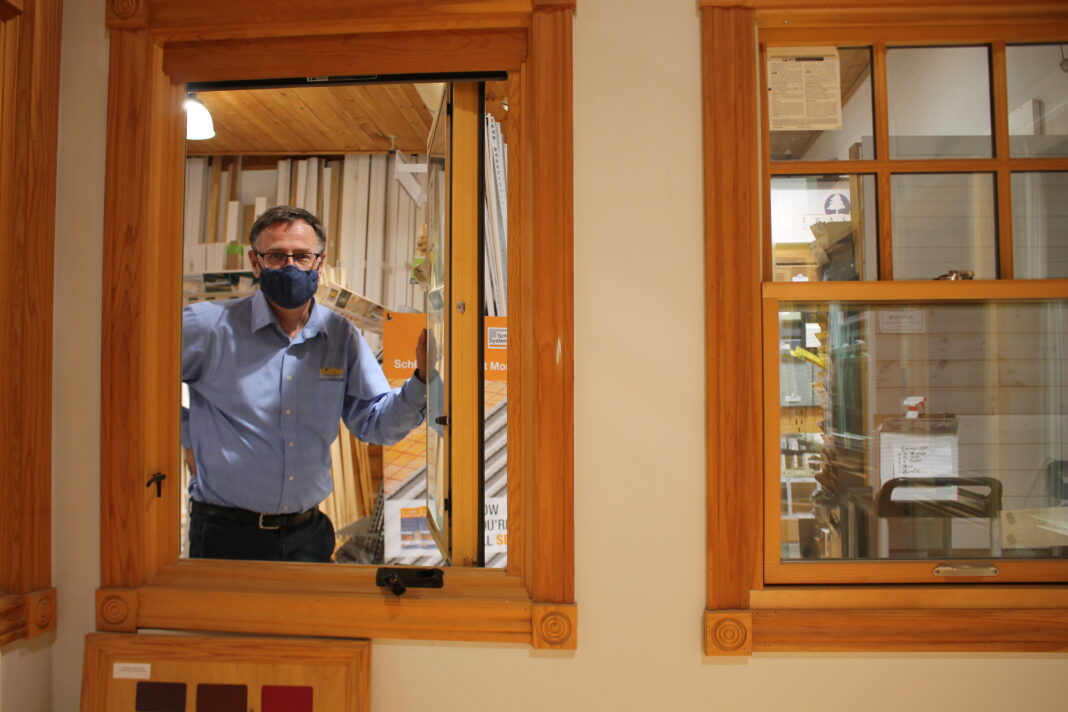 Haliburton County residents will continue to experience the effects of supply chain
issues across the world as the pandemic continues and other factors come into play.

Whether it’s a decrease in new vehicle inventory at Highlands’ car dealerships, delays in getting materials for your build, renovation or do-it-yourself project, or even a takeaway container for your favourite lunch, businesses are asking for patience.

Kim Emmerson of Emmerson Lumber said despite being 18 months into COVID19, there are still supply issues.
“Which goes to show how fragile our world economy is,” he said.

Emmerson said it isn’t just the pandemic either. For example, he said cold weather early in the year in Texas affected the resin market. There have been other natural disasters, including hurricanes. He said
COVID is certainly a big factor but it’s not the whole story.
He said throughout it all, “some things have gotten better, some are the same, and some are worse whether it’s cars, appliances or building materials.”

For example, he said his business and its customers are now experiencing a 16 week wait for kitchens, 12 weeks for windows and six months for insulation. Hardware hasn’t been as much of an issue. Lumber prices peaked but have now crashed. “I don’t see this chain being rectified until next year.” Emmerson added. He said in a world of instant gratification, “people just simply have to be patient. You will get your product.”

Baked and Battered co-owner Craig Gordon said it’s been a challenge this year. He said that at different times this summer, the eatery has had trouble getting items, including ketchup, takeout containers, paper bags and even pickles. He said with COVID-19, people are not completely back
to work, which is affecting the chain.

It means several trips to Lindsay every week to get stock. Gordon said it’s the same with food shortages, including fish and flour, which are essential to their business. “We go through a lot of fish. This year, for the first year, we’ve been tapped out because there are not enough people catching, processing and packaging so therefore there is
less of all of that stuff.” For example, he said they could not get halibut until early August and the price increase
was astronomical. With the province well into stage three of its roadmap to reopening
plan, he said despite shortages and increasing prices, there is a huge demand for product.

On top of that, like many Highlands’ businesses, there aren’t enough staff.
Like Emmerson, he calls for patience as people line up at the takeout counter.

Mike Hamilton of Curry Chevrolet Buick GMC Ltd. in Haliburton and Tran LaRue of Minden Subaru said
the reason people are seeing fewer and fewer vehicles on the County’s car lots is due to a global microchip shortage.
Hamilton said when COVID hit, there was a rush on electronic purchases and demand outstripped
supply. China cut back on its exports and a key factory was also hit by the virus.
Because they are a key component in modern vehicles, the impact is
being felt in the Highlands. He added it’s not just cars but everything from
appliances to watercraft.

He said car plants have thousands of vehicles stockpiled awaiting chips.
Hamilton said he has stopped estimating when people can get
new vehicles; is trying to figure out how they can be made without chips upported features, selling demo and
lease vehicles and watching used vehicle prices go “through the roof.”
LaRue said while it appears the lots are empty, dealerships are still selling
cars. He said when a shipment comes in to Subaru, they are usually picked
up by customers in a day or two. Like other businesses in the County,
he said people will get their vehicle, they just have to be patient