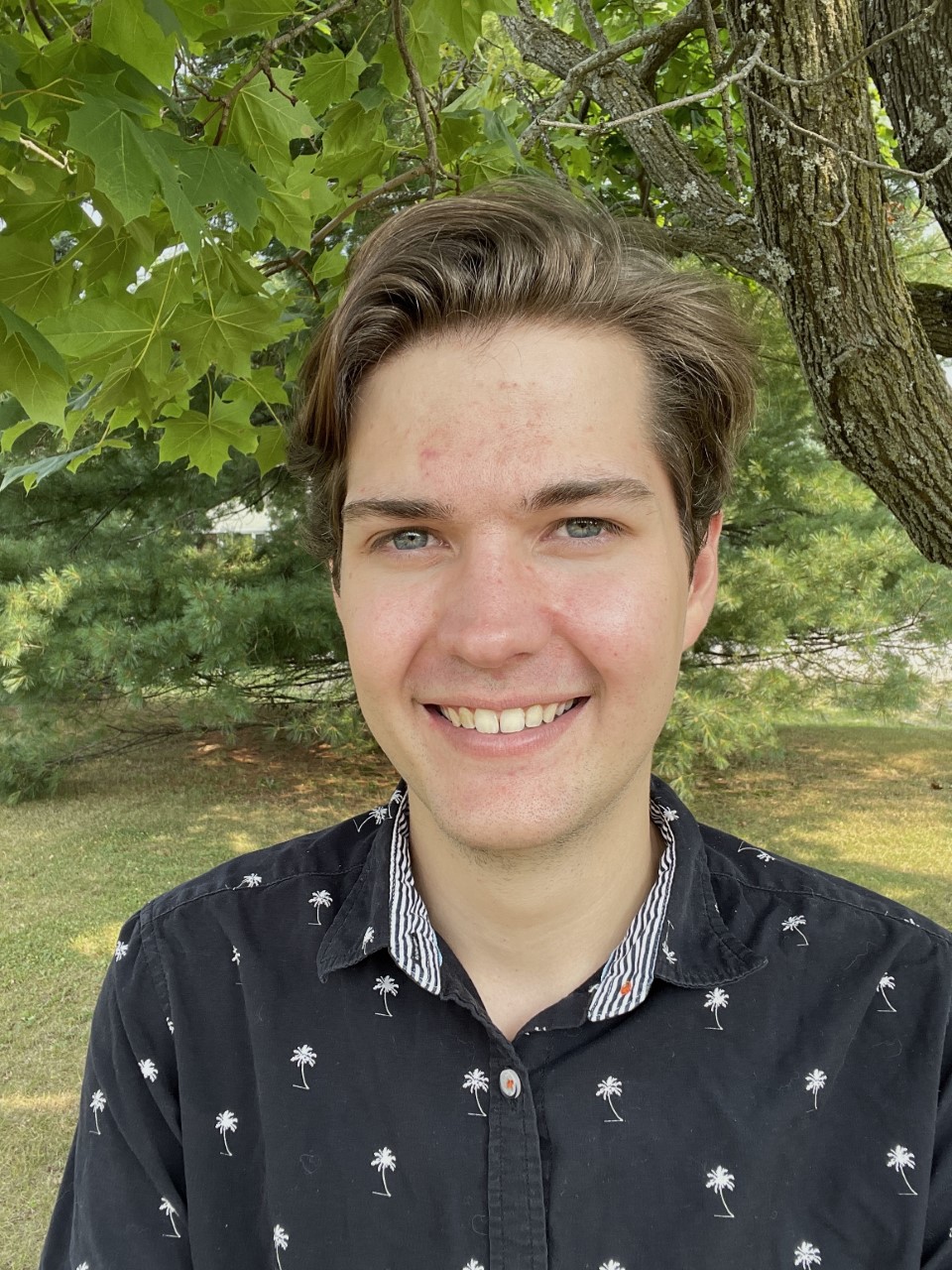 Federal NDP candidate Zac Miller was a teenager when he ran in the 2018 provincial election, placing second to Progressive Conservative Laurie Scott and helping the party garner 26.5 per cent of the vote.

Miller is back and hopes the local party can capture 20 per cent of the federal vote this time around by targeting key polls in Haliburton County as well as in Lindsay.

The City of Kawartha Lakes resident was working on his Bachelor of Arts degree in Political Science when he ran four years ago and is now completing his Master of Information.

He will be beginning his online studies Sept. 13 while contesting a federal election.

“Over the last five years, I’ve learned to be myself and hold firm what I actually believe,” Miller said in an interview.

For example, he got involved with the Kawartha Lakes Health Coalition and “for the last three years, we’ve been knocking on people’s doors, talking to them and really understanding their issues.”

He said the NDP values resonate even more with him as a young adult, especially throughout and coming to the end of a pandemic. He believes government and the public don’t interact anymore.

“Over the last 30 years, we’ve become accustomed to the government not helping us and I really think that coming out of COVID-19 it shows that the government needs to be there for us. We can do so much more and be so much better.”

“Long-term care needs to be something that’s addressed immediately and it’s something the federal government should do quickly.”

As for funding for towns and cities, he said Haliburton-Kawartha Lakes-Brock is made up of small villages “that don’t necessarily have the tax base to fund service costs or new development in the areas so the federal government should step in and provide grants to our riding so smaller areas can get services.”

He said money can be found by not subsidizing corporations, taxing the rich with a one per cent wealth tax and closing tax loopholes.

“It’s about realigning our priorities.” Miller is realistic that it is an uphill battle to defeat the Conservatives in the riding. He said his personal goal is to get at least 20 per cent of the vote. “That would be a win for us.” He added he wants to take a few polls in Haliburton County. He said there are “sympathetic areas” in the Highlands they are strategically targeting in a short election race.

“I have maps all over the walls. It is interesting for me.”

Miller said people can call him on his cell phone or email him if they have specific questions.

“We have a wide variety of policies that do speak to a lot of our needs in Haliburton and Kawartha Lakes, specifically our housing policy.”

He noted their plan to build 500,000 affordable homes, rework the Canada Mortgage and Housing Corporation to help municipalities build housing units, and have the Bank of Canada set favourable interest rates.