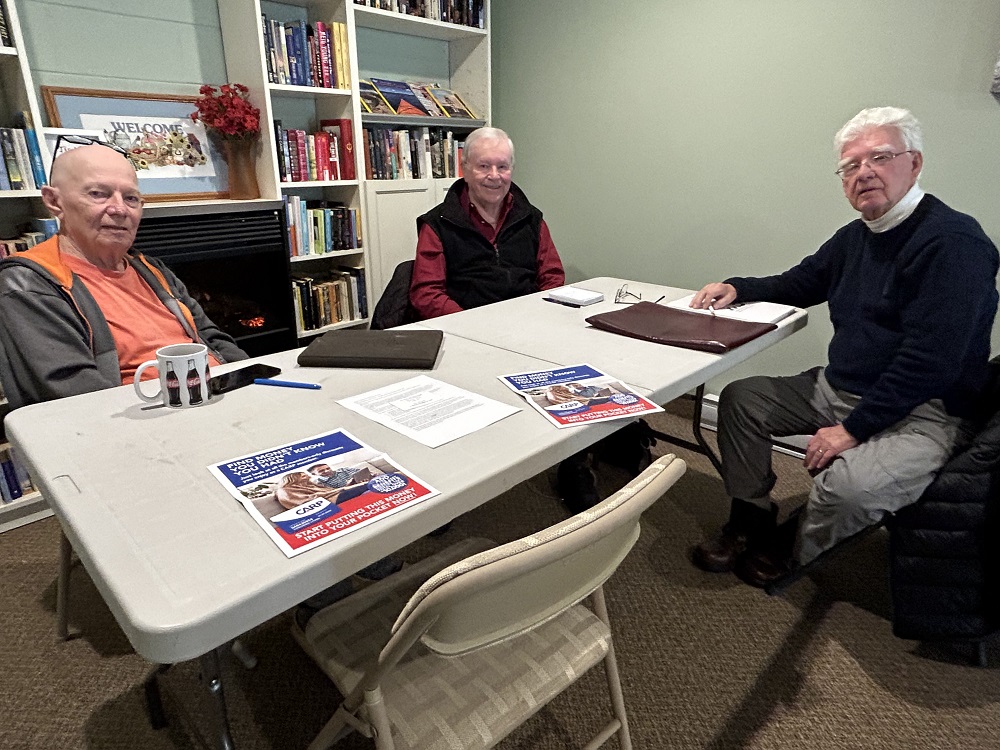 Issues surrounding housing, health care and long-term care have become widespread in Haliburton County in recent years, but volunteers involved with the Highlands chapter of the Canadian Association of Retired Persons (CARP) have been trying to drive conversations on those pressure points “for over a decade,” according to the organization’s local president.

Different from service clubs such as Rotary or Lions, CARP is an advocacy organization that promotes the needs of retired seniors, says Jon Dannewald. Initiated more than 20 years ago, the Highlands chapter has more than 700 registered members.

Dannewald joined in 2012, stepping up to help friends, and founders, Bob and Joan Stinson. He caught the bug quickly and has been trying to inspire positive change across Haliburton County ever since.

“CARP is a great organization. Unlike most other groups, our focus is entirely on seniors’ advocacy. We advocate on behalf of our members with all levels of government,” Dannewald said. “The largest cohort of people in Haliburton County is seniors. We are the poorest county in Ontario on a per capita basis. Somebody has got to speak and advocate for us – that’s why I got involved, and why I stay involved.

“We’re trying to turn the Titanic, but it’s tough going,” he added.

Last year, in the lead up to the provincial election, Dannewald and his small team of board members, which also includes Michael Conrathe and Jack Virgin, established a “CARP top five,” focusing on issues important to seniors.

“They just want to build and bring more beds online. That’s not the issue. We’ve got plenty of beds, the problem is we can’t staff them. That’s the issue that really needs to be addressed,” Dannewald said.

“Ninety per cent of people would prefer to age within their own home. That’s where the government’s focus ought to be. That should be where they’re investing,” Conrathe added.

CARP meets four times per year. Prior to the pandemic, meetings would include a meal and guest speaker. Conrathe said the group is looking to host an in-person gathering in the spring. They are actively trying to recruit new members who are willing to pick up the proverbial baton and advocate for those most in need.

Annual memberships cost $19.95 and include various perks, including a CARP coupon book, which provides discounts to various stores and services such as Rexall, Zoomer Wireless and Hilton Hotels.

Anyone interested in learning more is encouraged to attend the Highlands chapter’s AGM, taking place virtually Feb. 19 at 2 p.m. Diane Woodcock of SIRCH Community Services is the guest speaker. To pre-register, contact haliburtonhighlands@carp.ca.