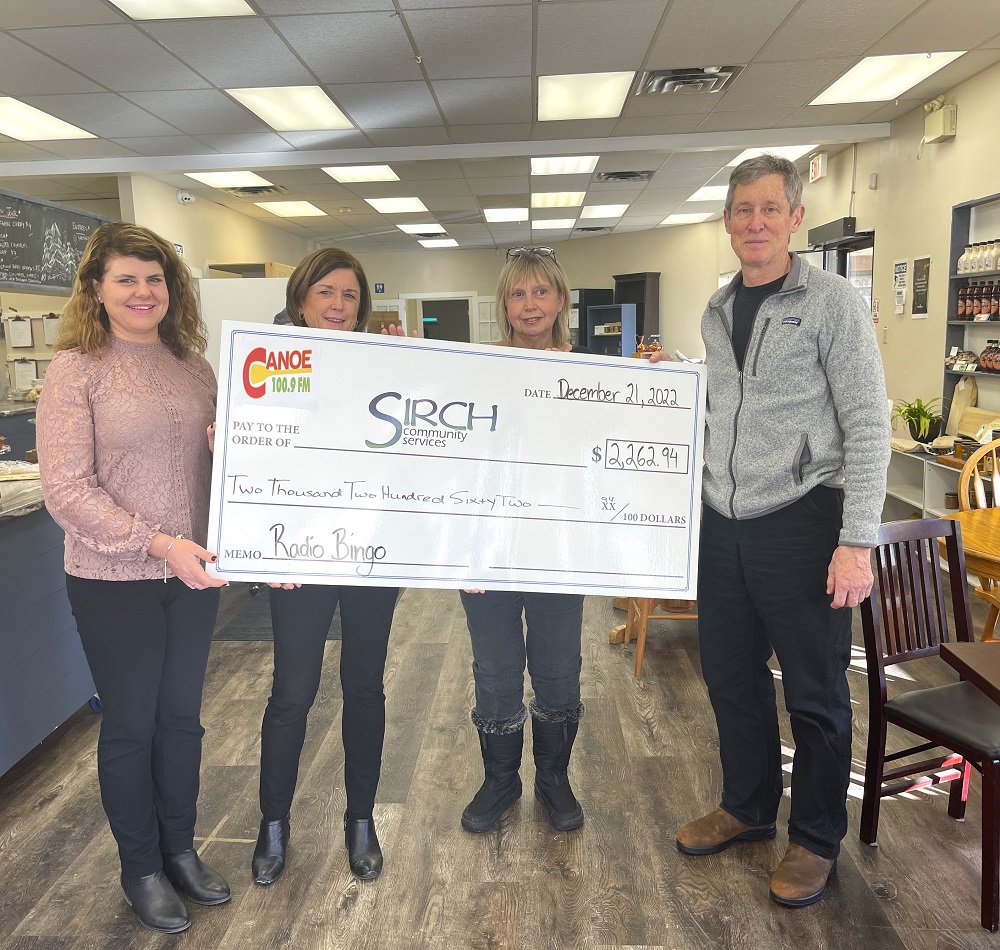 SIRCH put the money towards its Gifts From The Heart Campaign, which raised money for its community kitchen program.

SIRCH communications coordinator, Angelica Ingram, said the campaign is complete for the season and SIRCH thanked everyone who donated to make it a success.

The presentation took place in SIRCH’s Bistro, which is where all of its community kitchen meals are made.

Currently, they are making approximately 1,000 meals per month, plus soups and desserts, which are distributed through community partners.