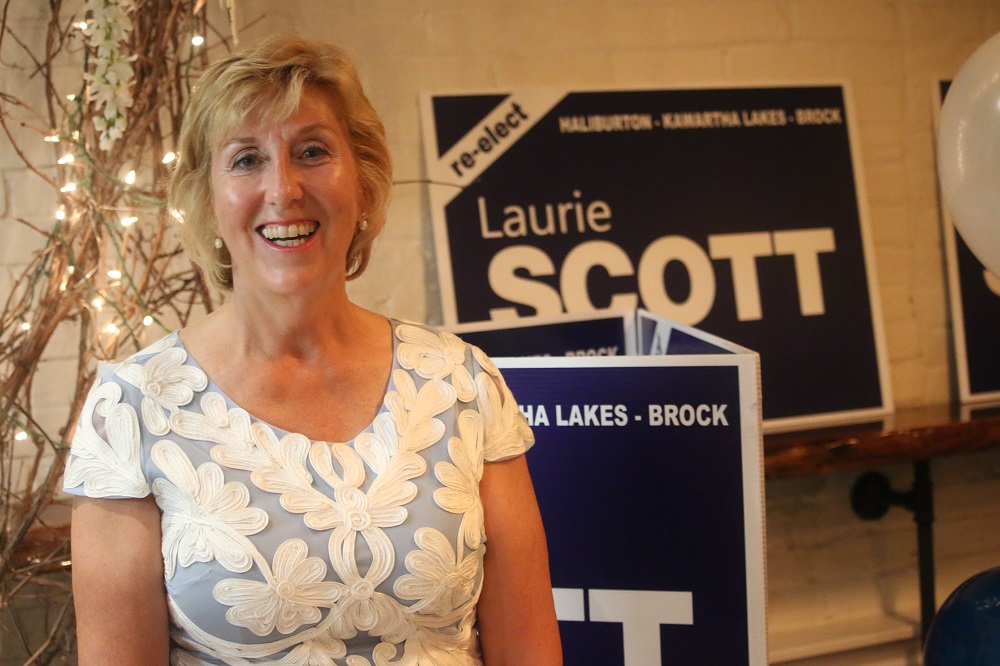 Finding solutions for Haliburton County’s housing problems is a “major priority” for local MPP Laurie Scott in the new year.

Speaking to The Highlander Jan. 9, Scott said she believes Bill 23, the More Homes Built Faster Act, that was introduced in November, will cut out a lot of “unnecessary” bureaucratic red tape at the municipal level, enabling developers to progress new builds quickly.

Some of the new legislation’s key features include reducing developer charges for affordable housing builds, allowing more livable units on one residential lot, and introducing programs promoting modular homes and rent-to-own properties. Through the new bill, up to three residential units, including basement apartments and garden suites, are now permitted on one lot without requiring any municipal bylaw amendments.

“The status quo wasn’t working. We are so far behind on our build targets, a million homes behind province-wide, that we needed to do something to move the needle. We have a new expectation; everyone needs to move faster and find ways to bring as much housing as we can, as quickly as we can.”

Asked how Bill 23 would help bring more affordable housing to Haliburton County considering one of its primary features is the reduction, or removal, of development charges – something the County doesn’t currently impose – Scott said the most important thing was to reduce wait times for development permits and rezoning applications.

“It’s about removing barriers… I’ve been hearing very positive things [about Bill 23] from developers and non-profits,” she said.

Scott believes staffing issues plaguing many industries in the County can be resolved by creating more places for people to live.

Haliburton Highlands Health Services has been struggling for months. Threats of emergency department closures at the County’s two hospitals have lingered, and Scott said alleviating these issues is another primary concern for her this year.

She said the province is continuing to offer free training for PSW courses, while supporting students looking to get their RN and RPN designations. She hopes a new provincial program designed to encourage people to work in rural communities can benefit the County.

“We’re paying for an RN’s education if they agree to go to an under-serviced area once they’ve graduated. Hopefully that will take effect in our area [this year],” Scott said.

Conversations are also ongoing with Ontario’s post-secondary institutions to expedite the process for overseas-trained nurses and physicians to be more quickly assessed and accredited.

The cost of living for most Ontarians has spiked substantially over the past 12 months. Scott said the province recently passed legislation to help vulnerable seniors by doubling the Guaranteed Annual Income System (GAINS) payment for 12 months, starting in January. This will increase the maximum payment to $166 per month for single seniors, and $332 per month for couples – an increase of almost $1,000 per person in 2023. Scott said around 200,000 seniors will benefit.

The MPP added the province is also renewing the Low-Income Individuals and Families (LIFT) tax credit, which provides a one-time payment to individuals earning less than $50,000 and families bringing in less than $82,500. Cuts to gas and fuel taxes are also being carried over into 2023, saving Ontario households an average of $195 a year.

More supports for children’s daycare are also being rolled out. A new $213 million grant program for childcare operators to create new spaces was unveiled in December, an extension of the province’s previous commitment to partner with the federal government on $10-a-day daycare. Ontario has committed to creating 71,000 new childcare spaces by 2026.

“That’s a biggie for a lot of people,” Scott said. “There will be more details surrounding daycare investments and enhancements later this year.”