Home Sports Dobson hopes to seize ‘opportunity of a lifetime’ 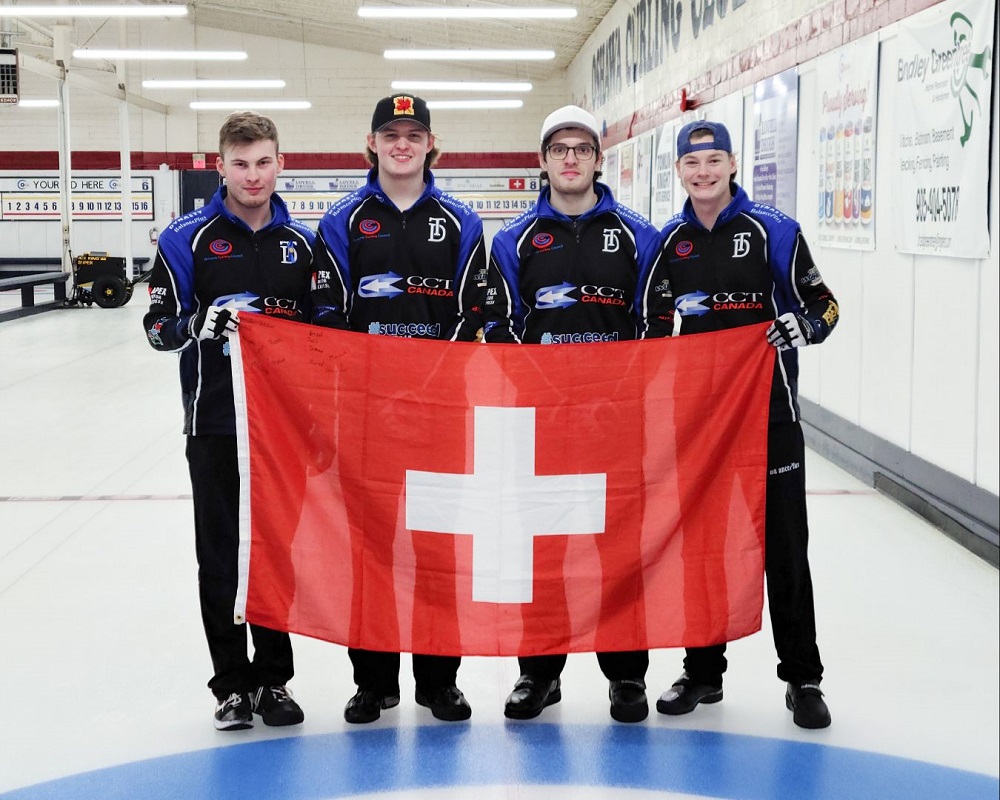 Haliburton’s Jacob Dobson added another medal to his growing collection over the holidays after striking gold at the Canadian Junior Cup, earning a spot at an upcoming international event in Switzerland.

The Haliburton Highlands Secondary School (HHSS) graduate led his team to an unbeaten 7-0 run at the event, held in Oshawa Dec. 27 to Dec. 29. It was the first major win of his junior curling career, following success at the high school and college level.

Speaking to The Highlander, Dobson said the result was the culmination of years of hard work, spanning almost a decade.

“I’ve been curling since middle school – I signed up for the youth program with the Haliburton Curling Club to play with a friend and just stuck with it… It’s been a long journey since then, but I’ve had a lot of fun learning the sport and it’s allowed me to visit some incredible places, and play in some amazing venues,” he said.

Dobson formed a new team this season with several other elite up-and-coming curlers with the goal of winning the Canadian Junior Cup. Heading into the December event, Dobson felt his squad was one of the favourites to win it all, and they had the opportunity to showcase their skills early on.

They opened the tournament with a 5-4 win over Team Landan Rooney, the defending champions, and followed that up with a 7-3 victory over Team Jermann, a visiting elite development squad out of Switzerland.

“That really set the tone for us. I knew if we wanted to have a chance, we needed to start strong, and going 2-0 against two of the best teams involved really gave us confidence to keep pushing. We stayed focused, grinded things out and just didn’t look back,” Dobson said.

After two more wins in round robin play, Dobson’s squad edged out another Canadian team in the quarter finals, before besting the Swiss again in the semis. That set up a championship tilt with Team Stratton, playing out of London. There was a familiar face on the ice for that game – Dobson’s former HHSS teammate Owen Nicholls.

“I’ve known Owen a long time, so it was pretty special having the opportunity to play against him, especially in a championship game,” Dobson said.

The 20-year-old guided his team to a narrow 3-2 win, securing the first victory of his junior curling career. He’s now preparing to head to Europe next month to compete in the Swiss Juniors Cup. Dobson is hoping for another strong showing as he attempts to build his resume, with the ultimate goal of turning pro.

“I’m just going to take things one game at a time, and make sure I really make the most of the experience… it’s always been a hope of mine to turn pro one day. I want to see how far I can go in the game. So I’ll be pushing myself. Heading overseas to test myself against some of the best prospects in the world is the opportunity of a lifetime,” he said.