Home General News Abandoned kittens being cared for in Minden 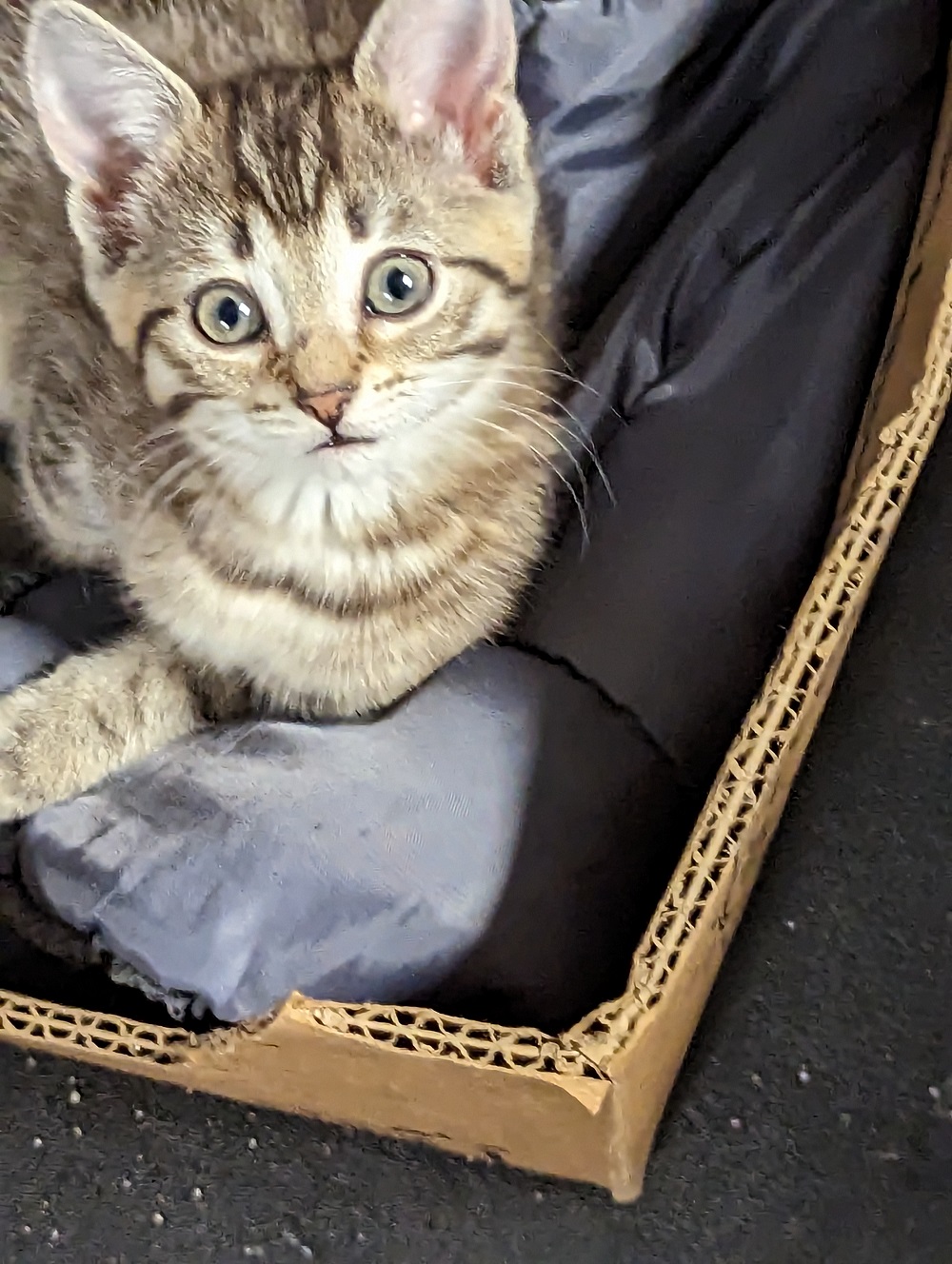 Eight kittens, seemingly abandoned down an isolated road in Minden Hills, are now being cared for by Paulmac’s Pets in Minden.

Owner Amanda Dykstra said that as of Jan. 10, four black kittens were in the shop and another four tabbies were in the temporary care of a foster home.

While they appear healthy and were eating and drinking water, Dykstra said they were headed to the vet for a check-up Jan. 13.

She added once they have seen the vet, they can be adopted out. She’s encouraging locals to phone the store if they are interested. One has already been spoken for. There is an adoption fee to offset costs of $90 for kittens.

Former Algonquin Highlands mayor, Carol Moffatt, posted to Facebook Jan. 9 about the kittens being apparently dumped down Bingham Road, off of Scotch Line. She said they were in a cage on a winter’s day.

“Huge thanks to the person who came upon them and took them to the good folks at (Paulmac’s Pets),” she said.

Dykstra said she did not know about the circumstances surrounding the finding of the kittens, but said the OPP dropped them off at her store.

She was reluctant to discuss the person or persons who left the cats.

She said she didn’t want people in similar circumstances to necessarily call the pet store because they have people on a waiting list wanting to surrender cats and kittens, so circumstances such as this create an emergency situation.

“It means everybody on the list gets bumped down and that just puts pressure on the other people to dump their kittens.”

Haliburton Candidates to square off at virtual meeting