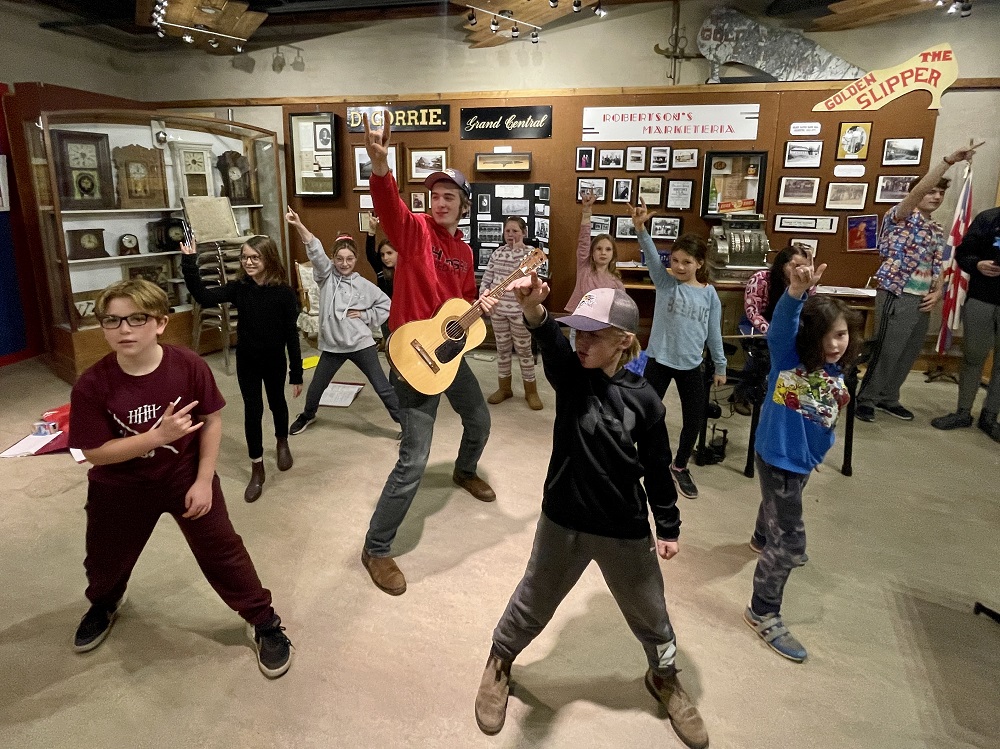 Fia Scuhr said she’s “really excited but a little bit nervous” about taking to the stage alongside more than a dozen other Haliburton County kids and teens next week in a Camexicanus production of School of Rock.

She and her castmates have spent months practicing songs and lines with director Darian Maddock and Camexicanus director Greg Sadlier at multiple practices a week at the Haliburton Highlands Museum.

The musical premieres at the Northern Lights Performing Arts Pavilion Nov. 23 at 7:30 p.m. Shows are also scheduled Nov. 24 and 27 at the same time. On Nov. 25, the musical arrives in Wilberforce for a 2 p.m. matinee at the Lloyd Watson Community Centre.

“I think it’s an amazing experience,” said Jack Walker, a Haliburton Highlands Secondary School student who is playing the intimidating Patty di Marco. He and other older teens play many of the older characters and have helped mentor the younger actors, some of whom haven’t been part of a musical or play before.

“Seeing how far they’ve come from not knowing any lines at all to knowing all these songs, it’s amazing,” he said.

School of Rock is the story of Dewy Finn (Maddock) who joins a school as a substitute teacher and exposes his students to the freewheeling world of rock and roll, culminating in a battle of the bands competition.

The production has been designed to highlight kids’ talents and develop their confidence on stage.

“It’s not a musical we put together, it’s more of a musical the kids put together,” Walker said. “They get to direct it, that’s what I love about it.”

Tickets are available at camexicanus.ca.

“All proceeds from this event will go back into this community in the form of more events and programming just like it,” reads a Camexicanus media release.