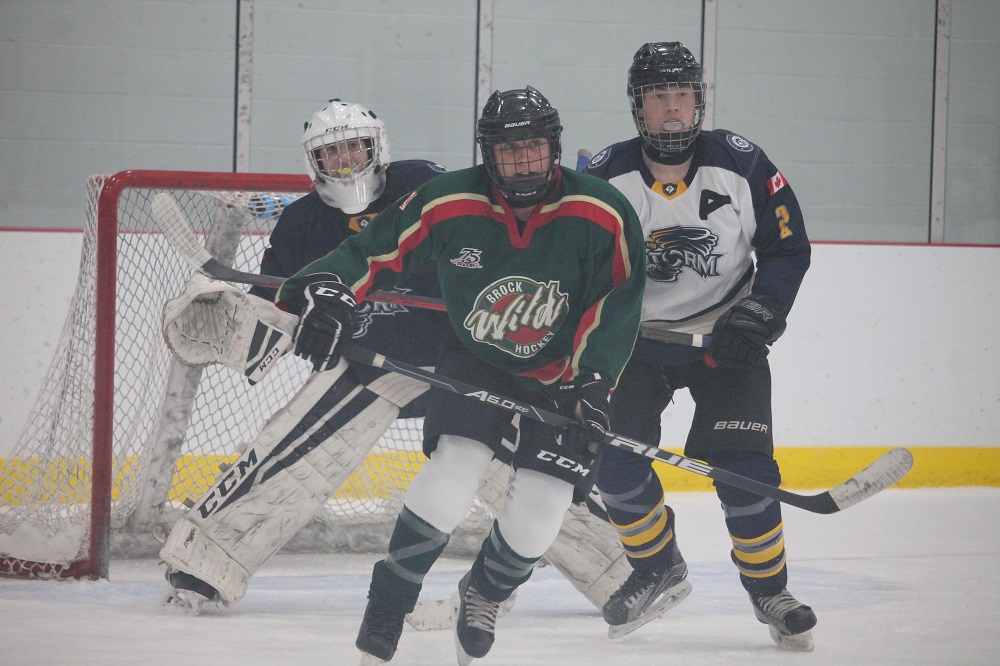 On Friday, Oct. 28, The Highland Storm Tom Prentice and Sons U18 Rep team faced off against The Brock Wild at the S.G. Nesbitt Memorial Arena.

The first period started with the Storm on a four-minute penalty kill that unfortunately led to another penalty. It was five-on-three hockey for two minutes. But the Storm did an amazing job and killed it.

Then, a minute later, Kane Brannigan scored. However, the Storm took another penalty, but this resulted in a short-handed goal by Aiden Perrott. It was 2-0 going into the second period.

The second period started with a beautiful rebound goal by Kadin Card. However, the Storm continued their parade to the sin bin, which resulted in a goal for the Wild, making it a 3-1 game.

Only minutes later, though, Perrott scooped up a rebound and scored his second goal of the game to make it 4-1 Storm.

The third period started with a nice goal by Kyan Hall. But the Wild came back with a goal to make it 7-2 Then the Storm were on a powerplay that resulted in a goal by Gage Hutchinson for an 8-2 lead and eventual win.

Solarino excited to get back on the ice