Home Sports Baseball’s Boylan starting to believe in the dream 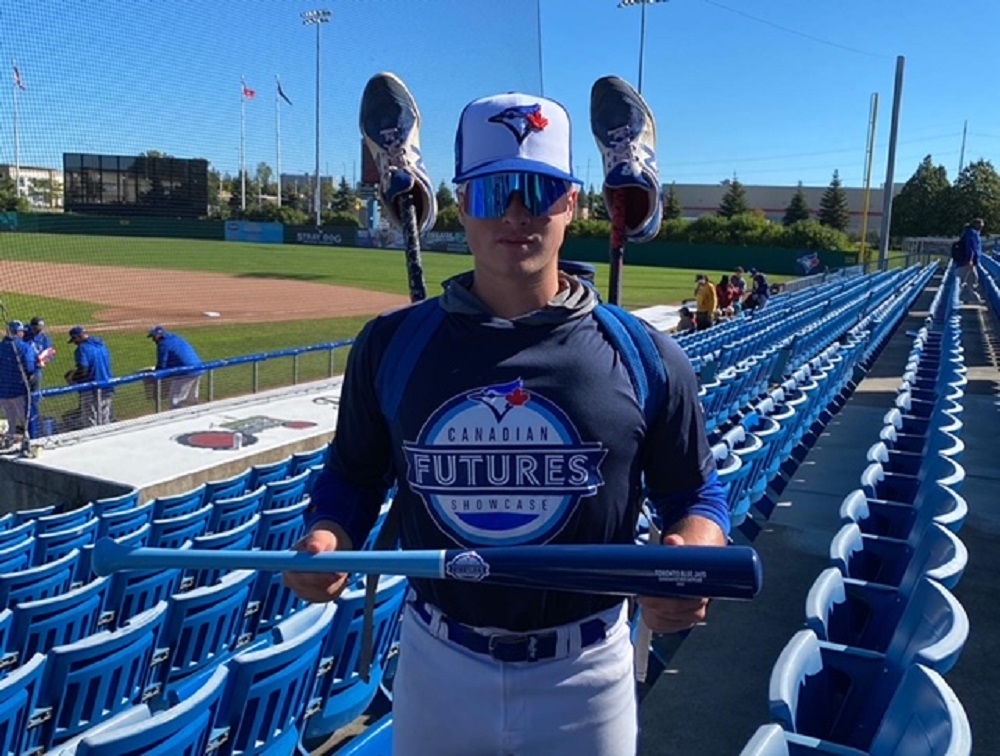 Minden native Austin Boylan got a taste of the ‘show’ recently, competing in baseball’s 2022 Canadian Futures Showcase in Ottawa.

The 16-year-old was among 140 elite players selected from across the nation to strut their stuff in the event hosted by the Toronto Blue Jays this past September. It was also a platform for uncommitted athletes to be seen by major league and Division 1 college scouts from the U.S. in one event. It was held at the RCGT Park after having traditionally been held at the Rogers Centre in Toronto.

The youngster more than held his own, earning player of the game during a Sept. 23 appearance, cranking out two triples and three RBIs. He was then selected to play in the top prospects game, getting a hit against one of Canada’s top pitchers, “who was throwing heat in the high 80/mph.”

Boylan said it was unlike any showcase he’d been to. He said they only had to pay a minimal fee to be put up in a hotel for a week with all meals included.

“They treated us like major league players,” he said, adding they were exposed to major league coaches and practises, in addition to playing games.

Boylan, who only picked up baseball less than three years ago when the Highland Storm had to suspend hockey during COVID, said it was very motivating.

“When you’re affiliated with, and surrounded by major league scouts, and you see guys, like I faced a major league draft pick and got a hit … it opened my eyes a little bit to that. It’s not really out of reach.” ‘It’ is making the junior national team, playing for an elite college in the States, or even in major league baseball one day.

To achieve those dreams, Boylan knows there is work to do. He got some good advice during the Sept. 20-24 showcase and he has set goals.

He wants to work on his bat speed, throwing velocity and getting bigger by spending time in the weight room.

“Next is really just grinding in the offseason,” he said.

His mom, Kristen Glass, added, “we truly feel he is bound for success and wanted to share it with our local community and our amazing sponsors that have stepped up to help so far.” Any interested persons/businesses may go online to the Ontario Blue Jays website and select the “Sponsorship Opportunities” link under “About OBJ”. They have a “Believe in a Blue Jay” sponsor program where 100 per cent of sponsorship funds go towards the named player.