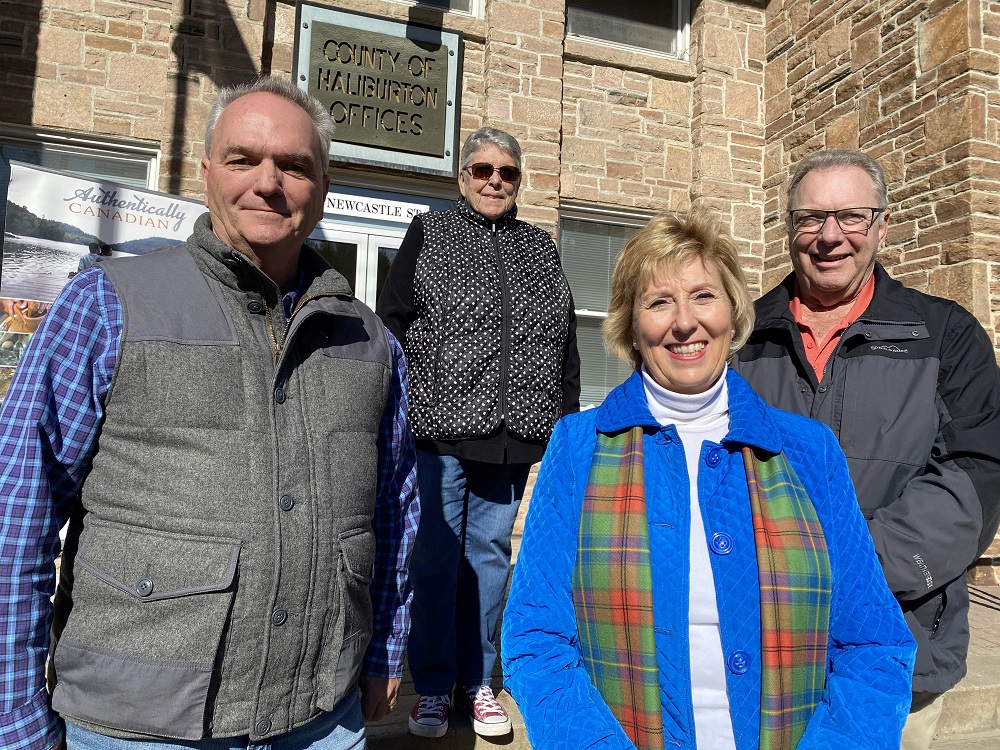 The Ontario and federal governments are partnering with Bell Canada on a new $20 million investment to further bolster internet services across Haliburton County.

The bulk of the work, around 75 per cent according to Scott, would involve installation of or upgrades to hard-wired fibre optic connections. The remainder will feature infrastructure upgrades for line-of-sight connections.

“There has been a lot of work over a lot of years leading up to this… it really is great news for our community and for those who have been waiting for high-speed internet connections,” Scott said.

She noted the latest investment builds on the Ontario government’s previous $4 billion commitment to bring all rural communities online by 2025.

Devolin said it’s been a “big priority” of his to improve high-speed internet options in Haliburton County. He has been one of the driving forces on the Eastern Ontario Regional Network (EORN) board, resulting in last year’s $300 million public-private partnership with Rogers to improve cellular connectivity throughout the region.

“We have two titans fighting over who can more quickly serve the people of Haliburton County. It’s great news,” Devolin said. “I think the next 24 to 36 months are going to be exciting, with the amount of stuff that’s coming here. When we get to the end, people are going to be like ‘holy, I didn’t think they could do that’.”

He believes this project is “legacy stuff” for the Highlands.

“This is about ‘have’ and ‘have not’ communities, and we want to be a ‘have’. We need [high-speed internet] for health care, education, working from a distance and just keeping track of friends and families. It’s never fast enough, but we can finally say improvements are coming,” Devolin added.

Danielsen said the announcement would be welcome news for businesses in the area.

“Access to high-speed internet is essential to allow rural residents, businesses and communities to grow and prosper in an increasingly connected world. Businesses need to remain competitive, and the lack of reliable internet should not be a barrier to their success,” she said.