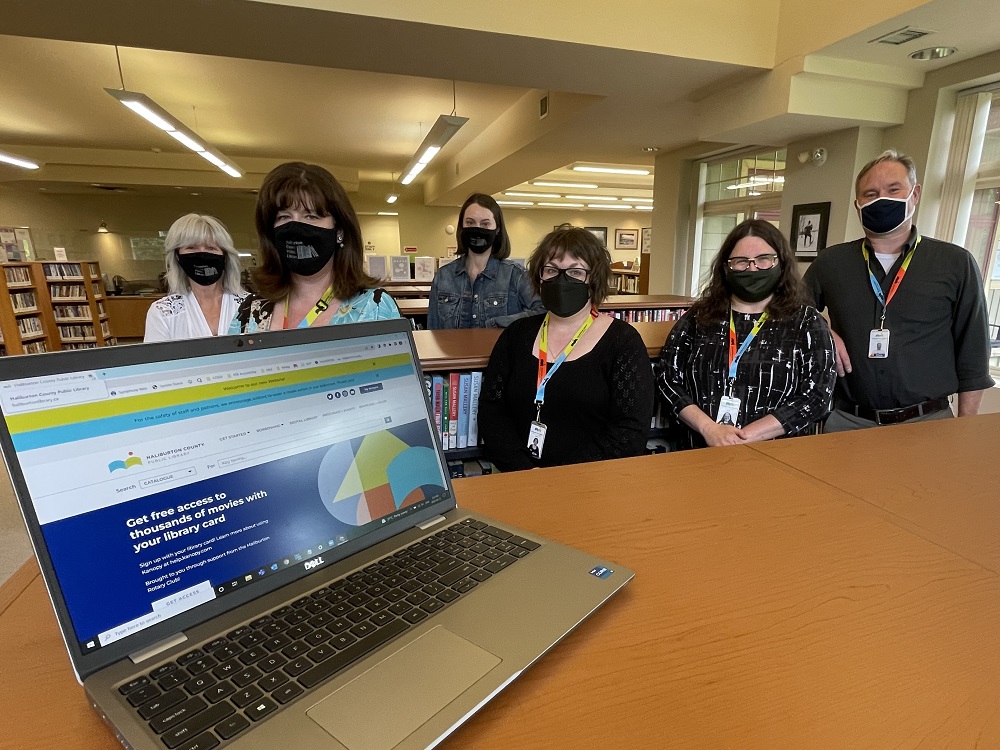 In a delegation along with library board chairperson, Sally Howson, Stephenson discussed what’s transpired since he joined the service a little over a year ago.

“It’s been an exciting time at the library and we’re absolutely thrilled by the support we’ve received in all areas of the community,” the chief librarian said.

He told councillors that managers and libraries, from Waterloo library, the County of Huron, ARUPLO (Administrators of Rural and Urban Public Libraries of Ontario) “have been checking in with us since the beginning of the launch of the Dorset depot library lockers. They’ve attracted a great deal of attention and people are tracking our success because it’s a model that may work well in small and medium communities everywhere. In fact, Oakville Public Library has launched some modern lockers to help people outside the library when it’s closed.”

He said they currently had 15 families and regular users in Dorset with room to grow for seniors and seasonal visitors.

The lockers were introduced in March in partnership with Robinsons General Store. Reserved books are dropped off there for patrons to pick up.

In addition to raising the services’ status, Stephenson said they hope to present what they’ve learned at the Ontario Library Association’s super conference in February.

“We’re starting to put our eggs into two baskets as we go and recognize the need for serving patrons with all different needs,” Stephenson said.

He added that partnerships were strong, creating a wide variety of programs and talks; from EarlyON to the green burial society, climate change initiatives and genealogy. The summer reading program attracted 160-plus children and the Haliburton and District Lions Club stories in the park 500 families and children.

The CAO and chief librarian added they’ve been mindful of technology and accessibility. There’s a new microphone system where people have to talk through glass at Dysart, Minden Hills and Wilberforce branches. There is an added kiosk in Wilberforce to access the portal. A new phone tree system is coming since call volumes are up and the service wants to address incoming calls better.

They have also hired two part-time couriers and put down a deposit on a new delivery van.

There has been rebranding, a new logo, website and access to BiblioCommons. Stephenson also addressed staff changes that began in 2020 and continue.

“Over 125 years of collective experience have moved on for various reasons, retirement, resignations, as people made new life plans. So, it has been a period of ups and downs but we’ve been able to provide consistent and great library service through this period.”

Howson added there had been “a lot of very positive changes in the library system.” She thanked the County for its support on behalf of the board.

Warden Liz Danielsen, who sits on the board, thanked Howson. She agreed there had been “some positive changes in the system during your term as chair. Particularly since Chris joined us, things have changed even more, all positive, we look forward to more positive changes as we go forward.”