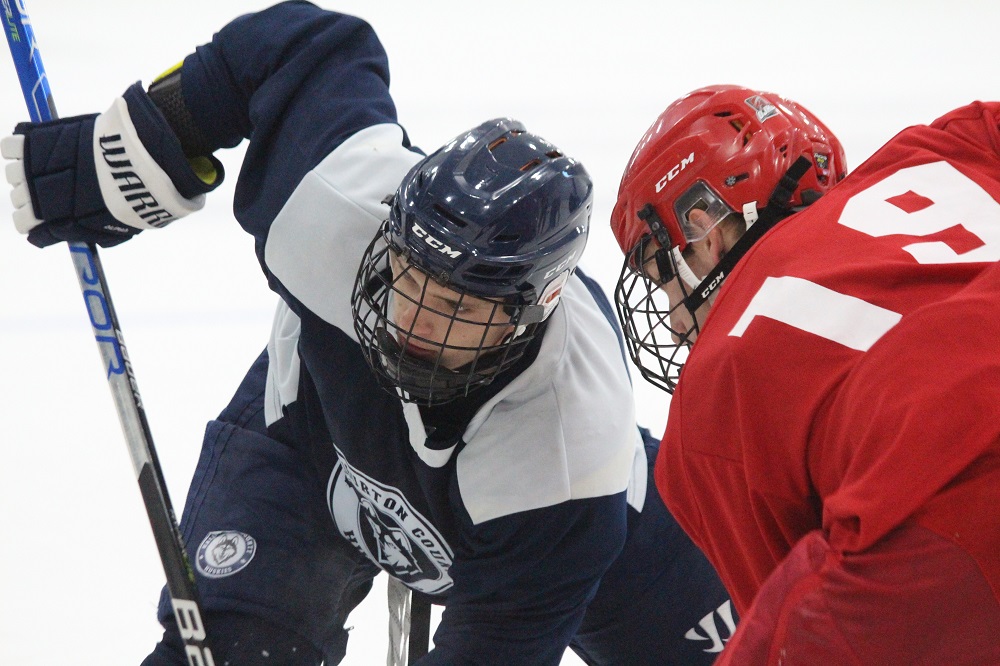 It followed a dramatic 4-3 away victory in Stouffville Aug 25, when Sam Solarino, Alex Cunningham and Cameron Kosurko pounced to launch a comeback win.

During the Aug. 27 loss, Stouffville pressed early in the game, slotting a shot home from Odaro Ewere five minutes into the first period.

The Huskies had no answer for the early goal and conceded another from Dylan Hendrick three minutes into the second period.

While the Dogs were behind, experienced goalie Christian Linton, returning for a second season, stopped 17 shots.

Led by powerhouse Patrick Saini in the third period, the Dogs got on the scoresheet with a crisp shot buried by Saini off a Nicholas Dowling pass.

Saini’s first season with the Huskies in 2021 resulted in 17 goals and 29 assists in regular season play and Downing, a new player with the squad, has already provided four assists this preseason. Alex Cunningham, signed from Brantford, seems to be another player quickly acclimatizing to the Dogs with two goals slotted home during the previous Stouffville tilt.

The Huskies play two more preseason games versus Pickering at the S.G. Nesbitt Memorial Arena Sept. 2 at 7:30 p.m. and Sept. 4 at 2 p.m. Tickets can be purchased at the door for $5.