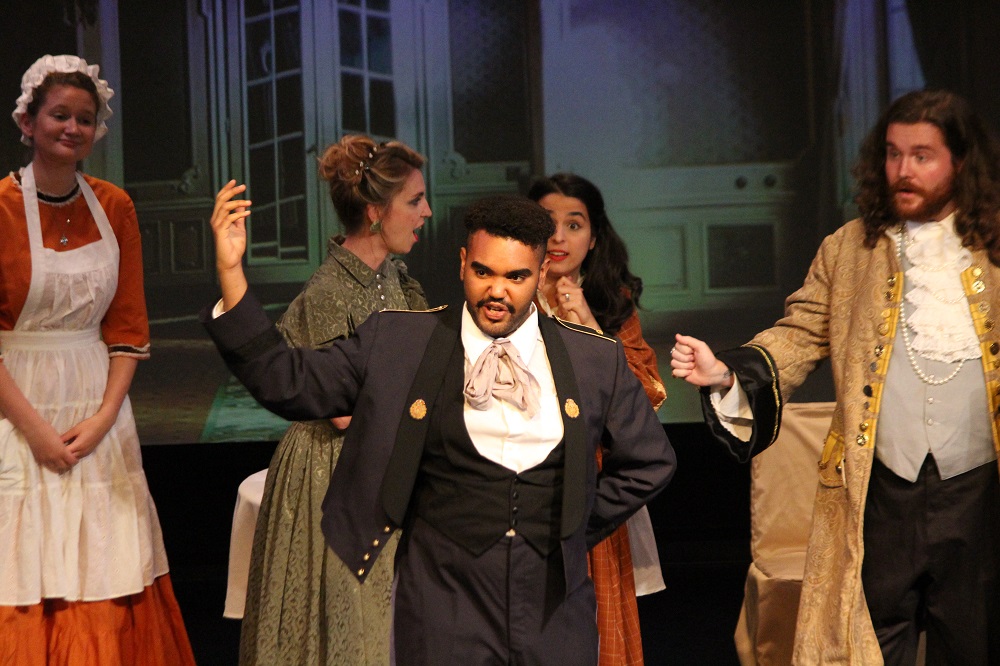 Last week, the Northern Lights Performing Arts Pavillion was transformed into 19th-century Russia. Eugene Onegin is a tale of heartbreak, unrequited love and pistols at dawn, which thundered into Haliburton Aug. 27 to 29, delivered by a cast of early-career operatic talents under the banner of Highlands Opera Studio. Geoffrey Schellenberg and Micah Schroeder (on alternate nights) star as Eugene Onegin, the aristocrat who casts off the affections of Tatyana (Lauren Margison, and Jonelle Sills). Onegin grows to regret his decision after a series of events lead to a duel, and reversal of fortunes. A portion of all ticket sales was donated to Ukraine.

Inertia, by Ashley Au and Christene Browne, as well as The Museum of Lost and Found, by Olivia Shortt, are two projects in development under a new partnership between Highlands Opera Studio and Loose Tea Music Theatre, based in Toronto. The composers used their Haliburton County performances to test out original material with an audience, set, costumes and musical accompaniment.

They’re both projects from the BIPOC Composer Librettist Development Program, which provides a platform for new creators to expand the cultural scope of Opera through diverse productions.

Studio Tour returns to the Highlands