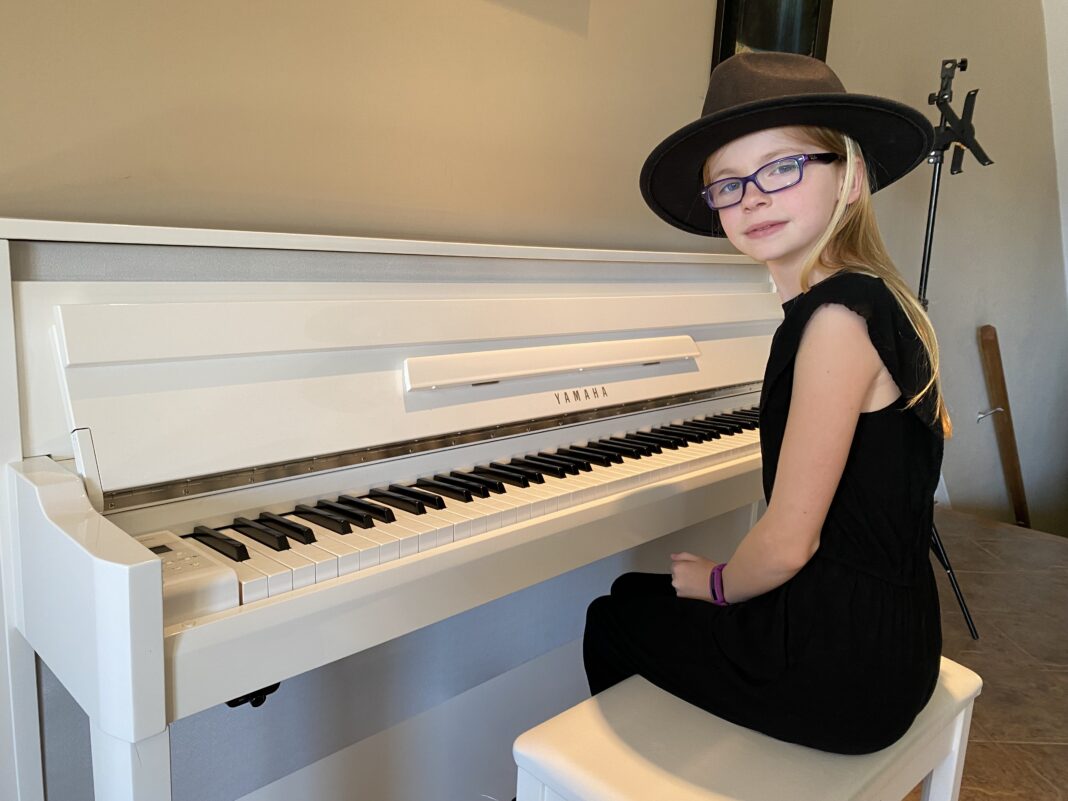 Haliburton singer Ella Gooley will have the chance to perform under the bright lights in the big city this weekend as she prepares to take the stage at the CNE’s Rising Star talent competition.

Kicking off in Toronto Aug. 20, the event will see 48 kids between the ages of six and 12 battle it out for the grand prize, with musicians, dancers, actors, magicians and comedians all to be featured.

Twelve-year-old Gooley was selected as one of the finalists in June after submitting a recording of her performing Rachel Platten’s 2015 hit, Fight Song. It was a special moment for Ella, who has spent years training and honing her voice. While she’s no stranger to performing, having served as the official anthem singer for the Haliburton County Huskies last season and playing a role in the Highlands Summer Festival’s production of The Sound of Music during the summer, the CNE event will be Ella’s first on-stage singing competition.

“I’m just really excited. It’s a big honour for me to have the chance to perform in front of so many people and spread my message,” Ella said. “I’ll be performing Fight Song… it’s a song that really relates to me, but can relate to a lot of other people too. Everybody is fighting for something in their life, and that’s what the song is all about.”

Despite her tender age, Ella has extensive singing experience. She became interested in music as a three-year-old, fascinated by her nana, who would play the piano for her.

“I loved it so much that I wanted to do it with her, so I decided to play the piano too,” Ella said. “I could read music before I could read a book.”

When she was five, Ella wrote a song that finished second place in the Music for Young Children’s Cornerstone Award. When she was eight, she began training with local voice coach Melissa Stephens. She has also been working with Lauren McInnes to develop her piano abilities.

Hoping to one day forge a career in the music industry, Ella has started to dabble in song writing. She’s working on a piece titled Wildfire, which she says focuses on environmental issues.

“My message is all about doing what we can to save our planet, it’s heating up because of greenhouse gases and pollution. Climate change is something I’m really passionate about because it’s causing wildfires, food shortages, destroying habitats and I hate that,” Ella said. “I want to try to help by shining a light on these things, which I hope to do through my music.”

While not ready yet, Ella said she hopes to have a version of Wildfire finished by the end of the year.

Dad Grant, himself a musician during his earlier years, said he was very proud of Ella for all the hard work she’s put in leading up to the CNE event.

“She inspires me more than anybody I know. It’s amazing to see somebody care so much and be so passionate about music,” Grant said. “Just having the opportunity to go down to Toronto is amazing for her. It’s going to be a tremendous experience.”

So, what would it mean to Haliburton’s young shining star to win it all?

“Oh, that would be just incredible. It would be so cool to go down there and win… but I’m just excited too to see all the other kids and what they’ve been working on,” Ella said. “I’ve never done anything like this before, so I don’t know what to expect. I’m just going to try to have fun, and put in my best performance yet.”

Library’s Covideos are a pandemic smash