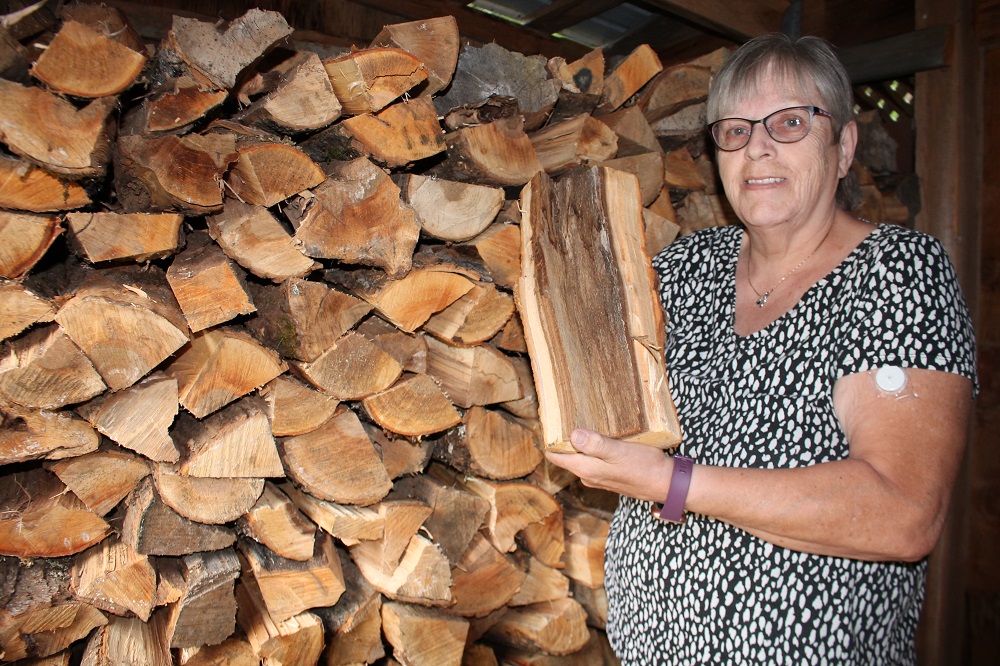 When Joanne Barnes was manager of the Minden food bank, she did intakes to get client information, and two stories really upset her.

One was a young mother with four or five little kids. She told Barnes they had to live in their snowsuits from when they came home Friday night until they went back to school Monday morning because the parents had to choose between feeding the children or keeping them warm.

Not long after, she met an elderly gentleman who told her he was staying in bed most days with all the blankets he owned, while cuddling with a cat and dog to try to stay warm.

“Faced with those two incidences, it made me feel this shouldn’t happen in Canada. What could we do and how could we do it?” Barnes recalled.

She went to her church, Minden Bible Church, to see if they would be interested in the initiative since they would need to give out charitable tax receipts. They agreed and in 2009 Fuel for Warmth was born.

By 2014, it was growing and the work became a lot on top of other church duties. So, they decided it was time for Fuel for Warmth to become its own entity. Barnes went to lawyer Ray Selbie, who helped her to get a charitable tax number and also recommended incorporation. He provided his services free of charge, because he believed in the mission.

She then started looking for a treasurer and Lorne McNeil had not long retired as an accountant. His wife, Lorraine, then joined the team, as did Mike and Jane Jaycock. The Christmas Shindig was the result of that collaboration, Fuel for Warmth’s biggest fundraiser, which is still running.

“From there, we went ahead with leaps and bounds because we had the money,” Barnes said.

In that first year, 2009, she said they had about eight clients. Now, they support around 100 families a year. Originally, the gift was $200 and now it’s $500. It includes money for oil, propane and wood – as well as physical wood.

Along the way there have been many helpers, such as Barkley and Sandra Cooney, who led the wood initiative, and now Dan Farnell.

“It’s become such a needed thing. The need is continuing to increase,” Barnes said.

She added that one of the most rewarding things are unexpected calls. There was a senior converting from oil to propane who donated the oil from his tank. A bunch of cut down hardwood trees were donated from another person on Kennisis Lake.

She said they get several personal notes from clients. One person, who was helped in the past, sent a thank you note with a donation, saying Fuel for Warmth helped him when he needed it and he wanted to pay it forward.

“It’s rewarding. It’s not why I do it. You don’t expect that, but it just makes you realize that’s why you do it,” Barnes said.

She added she wasn’t planning to retire from Fuel for Warmth – after earlier stepping down from the Minden Community Food Centre – but family health issues forced her decision.

While not in it for recognition, she has been honoured for her work. In 2010, the YWCA gave her a Guardian Angel award. In 2015, Fuel for Warmth won a not-for-profit award at the chamber awards, as well as Barnes being named that year’s Highlander of the Year. MP Jamie Schamle spoke of her in the House of Commons. She was recently interviewed by CBC radio about the food centre and Fuel for Warmth.

She is staying on as consultant-advisor for now and hopes to draw up a plan to teach other communities about creating Fuel for Warmths of their own.

“I’m proud of the accomplishments. My brain, my head tells me that the time is right … that I have to step down … my heart is having a bit of an issue with it.”