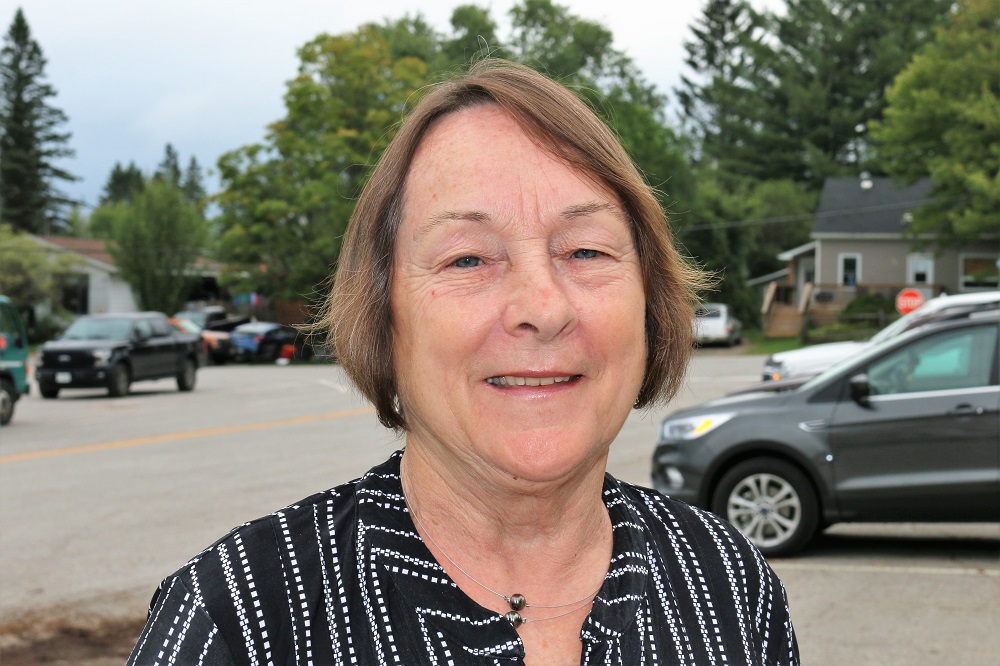 “I’ve enjoyed it. I’m approaching my mid 70’s. I have five grandkids I want to spend time with.

“I just want to spend more time doing some other things,” the Ward 3 councillor said.

From the start, Neville said she wanted to represent the interests of Minden Hills’ smaller rural communities.

“I wanted to do what I could to help the community of Snowden. I was excited to be on council and learn something new,” she said.

According to Neville, she became known for her frequent comments about events going on in Irondale, Gelert and her home of Snowden.

“I kept reminding them about the little ward of Snowden. We have the smallest number of taxpayers, but we’re important too.”

She said council expected her to speak up about events and issues happening in those hamlets.

“It got to be a joke among councillors that I would speak up,” she said. “They began to understand there was more to Minden Hills than the town of Minden.”

For example, she said it was only fair to provide funding for the smaller hamlets community centres when those communities finance investment in Minden.

“Community centres started to get some funds from the general levy. That has certainly helped them survive,” she said.

Neville said aspects of the township that have received criticism during the last four years, such as perceived slowness of planning or bylaw departments, are being remedied.

“We’ve hired several people in the last little while. We’re busy working on that,” she said.

“We hired a [planning] consulting organization to get through the backlog and we were criticized about that. We’ve gotten through tons of old files our municipality couldn’t get at.”

She said one regret from her time in office is council disagreements over the amount of funding for the new Minden Hills arena meant it was built without some facilities, such as a snack bar.

“Even though it passed, the councillors that weren’t in favour of it really dug their heels in. It really hampered additional things we needed in there at the time, which we could have gotten done more cheaply during COVID when interest rates were so low,” she said.

“There are things we ended up putting out more taxpayers’ money on now we could have done a lot more cheaply through debentures.”

As of Aug. 17, no one is running for election in Neville’s ward but she’s been chatting with people who might put their names forward.

She said it’s been a rewarding job.

“I’ve met some wonderful people,” she said. She added the key was being willing to learn about the ins and outs of council meetings, budgets and all facets of municipal processes.

“Your whole life is a learning experience, there’s nothing you can participate in that you shouldn’t be learning from.”