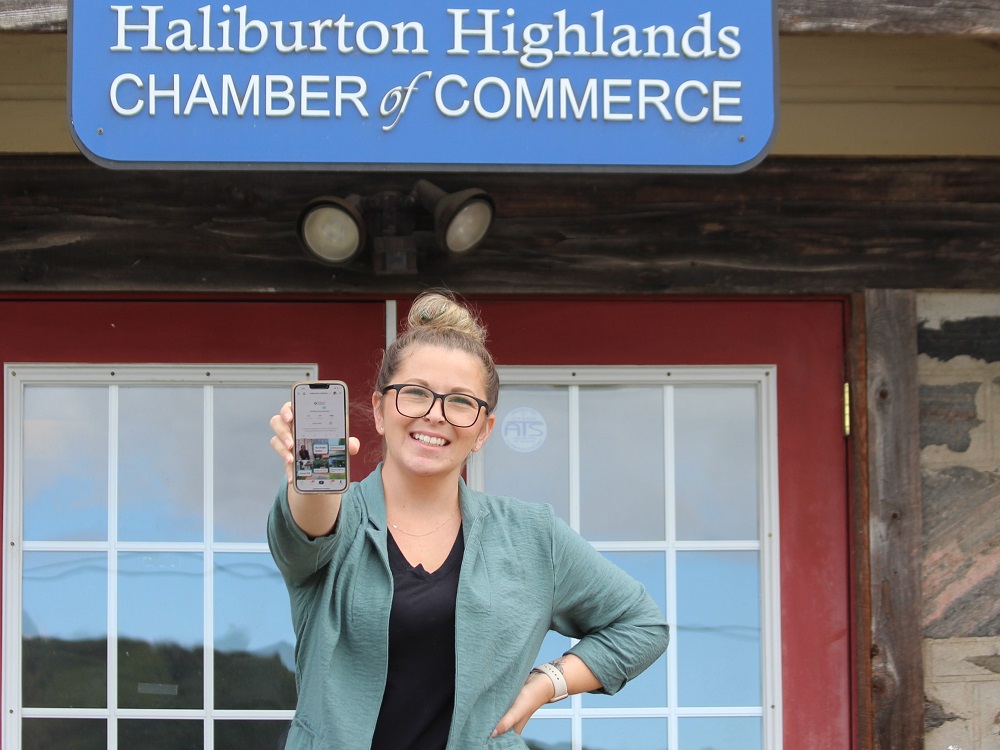 According to the Haliburton Highlands Chamber of Commerce (HHCC), TikTok isn’t just a social media platform for dances and trends, it’s an invaluable marketing tool for Highlands businesses.

Kirstley Dams, who joined the chamber in 2022 as an administrative assistant, has been implementing a fresh social media strategy for the chamber that hinges on video content and “humanizing” Highlands entrepreneurs.

Dams has profiled six chamber businesses so far, including The Haliburton Forest, Wind in the Willows Spa and Boutique and SIRCH Bistro & Bakery.

For each, she records, edits and posts videos to Instagram and TikTok – the fastest growing social network in the world.

She said incorporating new social media tactics, such as short, casual videos, can be a vital way for Haliburton businesses to get their names out to millions of people on the app from Toronto, or around Ontario, who may be going north.

“That’s a huge customer base you might not be hitting because they don’t know the traditional businesses up here,” she said.

The videos are often viewed by different people than posts on Facebook, and can reach a much larger crowd. Around one billion people use TikTok each month, and its algorithm often means users discover new content quickly.

For example, after posting a video about SIRCH Bistro, Dams received feedback from people who didn’t know the organization had a storefront.

“In the past two years, the term ‘local’ has changed up here. Just because all the people who have grown up here know your business, people new to the area might not.”

Dams said humanizing companies makes them appear relatable. In a tight-knit community such as Haliburton County, “there’d be a huge difference between showing ‘these are some projects we did,’ versus ‘here’s who we are’. People want to see the people they’re calling or emailing,” she said.

Dams acknowledged it can be intimidating for businesses to get started.

“You hear people throwing around the words algorithm, engagement, insights. If you don’t have experience in social media, that can be really overwhelming.”

She’s conducted one-on-one consultations with a few chamber businesses so far to unravel top tips and chat about strategies. Even for companies that might assume their customers aren’t on social media, Dams said growing apps such as TikTok can spread the news to an expanding population in the Highlands.

“Even if you’re a service-based business that doesn’t have a product, there’s a really good opportunity to showcase the people, and the brand,” she said.