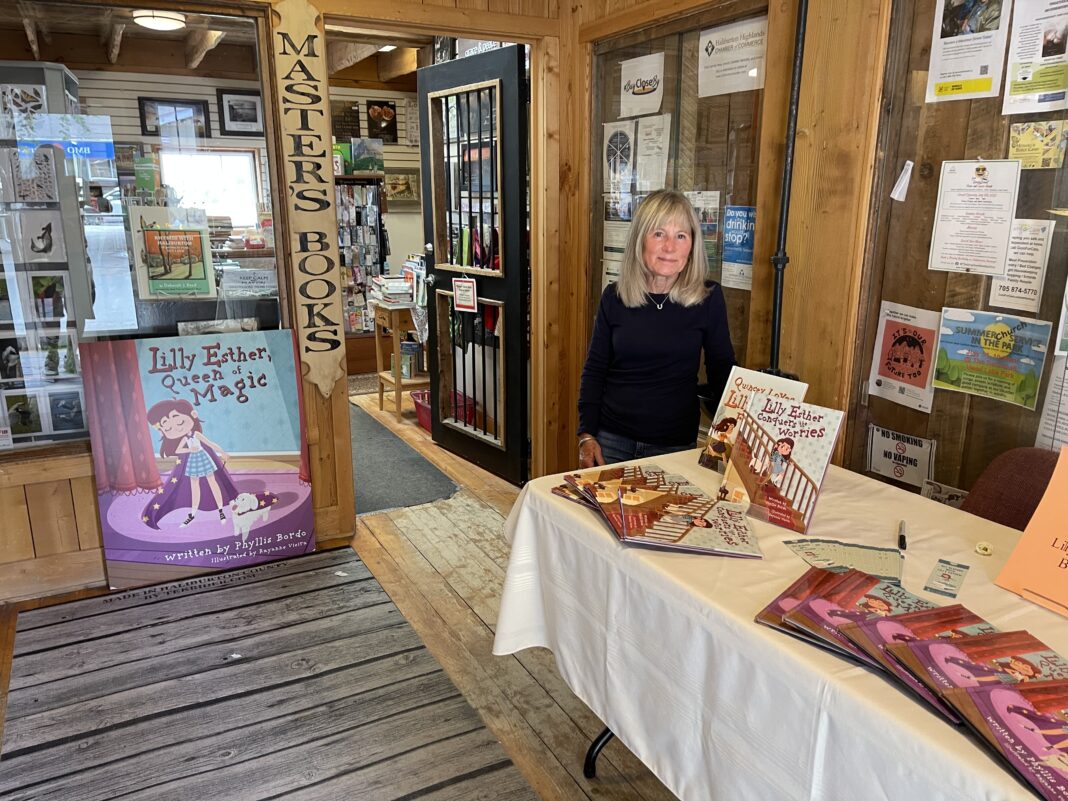 Lilly Esther is a worrier.

In each of her three adventures, the kid deals with grief, monsters
under the bed and, in an upcoming release, how to use magic to get her parents’ attention.
Phyllis Bordo, a Toronto-based author and Lake Kashagawigamog cottager, began writing
about Lilly Esther in 2018 and will release a fourth book, Lilly Esther Queen of Magic, this
September.

Bordo, a former teacher, was volunteering in a library but couldn’t find books
that dealt with kids’ worries.

“So, I thought ‘let’s write one,’” she said at an Aug. 2 book
signing at Master’s Book Store in Haliburton. “They’re real issues that aren’t often dealt
with in kids’ books.” Lilly Esther is inspired by Bordo’s own granddaughter. “The books became
truly a family affair,” Bordo said.

Her family even had a hand in picking an illustrator. Lilly
Esther’s world is brought to life through Rayanne Vieira’s colourful and expressive art. In
Lilly Esther Queen of Magic the titular character is learning magic and needs an audience.
“She needs to get someone to listen, but sometimes parents are a little bit busy,” Bordo said.
How does Esther use magic to get her parents to listen? “You’ll have to read the book to find
out,” Bordo said. Lilly Esther books are available at Master’s Book Store, Indigo and online.