Home Arts Artist wanted to do it right for student campaigners 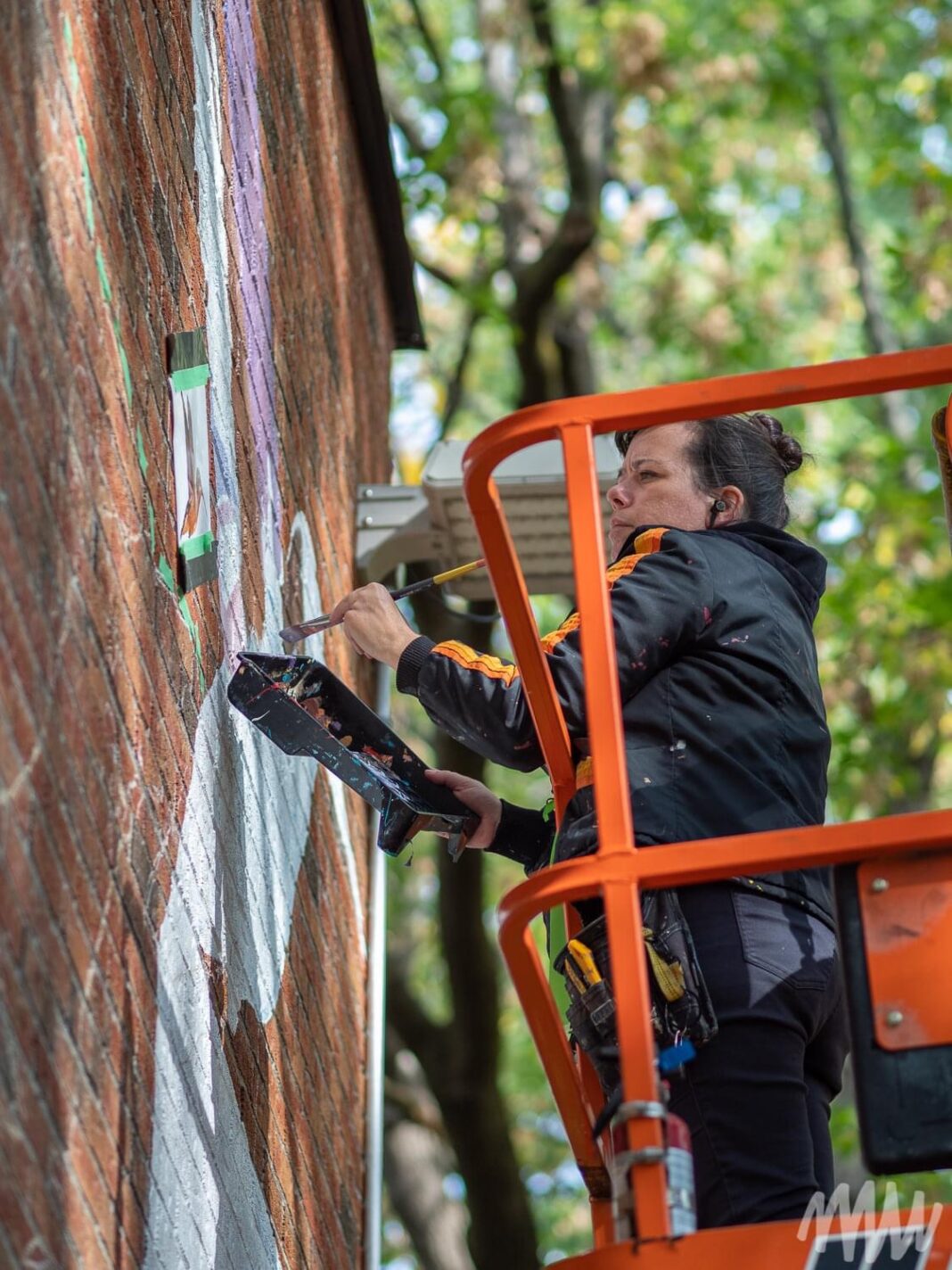 Annie Hamel said it was a “magical” experience to paint the images of Taly Williams and Lesley Tashin on Haliburton’s A.J LaRue Arena.

The muralist has more than 15 years’ experience crafting public art. Her work can be spotted across her hometown of Montreal, around Toronto, internationally and now along Maple Avenue.

In a sense, Hamel was hired by Highlanders: the siblings’ murals were funded from community donations.

“When I was painting in Haliburton, I really felt it was important for the people there,” she said, mentioning both the community interest in the project and its prominent spot in the town.

In Montreal, for instance, street art is a fixture of many neighborhoods. The rural nature of Haliburton, Hamel said, makes murals stand out.

“People will live with the murals every day… we have to do it right,” she said.

She spent months painting multiple panels for each mural in her Montreal studio, but that made it difficult to paint certain spots, like Williams’ face, which was divided by two panels.

“It wasn’t possible to put the two panels together [in the studio], it was too big.”

She double-checked Williams’ portrait with his mother, and sent Tashlins’ image to Williams for his feedback.

She conducted phone calls with Tashlin and Williams too, as well as researching their past and major accomplishments before the brushstrokes began.

It was difficult work, Hamel said.

“Especially when I was working in Montreal, I worked on the murals for weeks. I felt alone, it was hard. I was tired, she said. “But I was thinking about the kids and I thought ‘I can’t disappoint them’.”

Finally, in early June, Hamel arrived in Haliburton to put her paintings on the arena’s walls. That meant hours of touch-ups afterwards, as she carefully joined the panels together.

Her murals were lauded by the athletes, as well as Highlanders across social media and at an in-person mural unveiling.

Ella Gervais, a student in the class that originally lobbied Dysart et al for help with the murals, called Hamel’s work a “beautiful and legitimate addition to this wall of sports heroes” at an unveiling event June 18.

Hamel wasn’t in Haliburton to see the students or community come face to face with her work, but said she was happy to have been involved.

“I imagine it was a lot of emotion for the kids, and for Taly and Lesley,” she said.

Almost time for another 6-Minute Escape to the arts