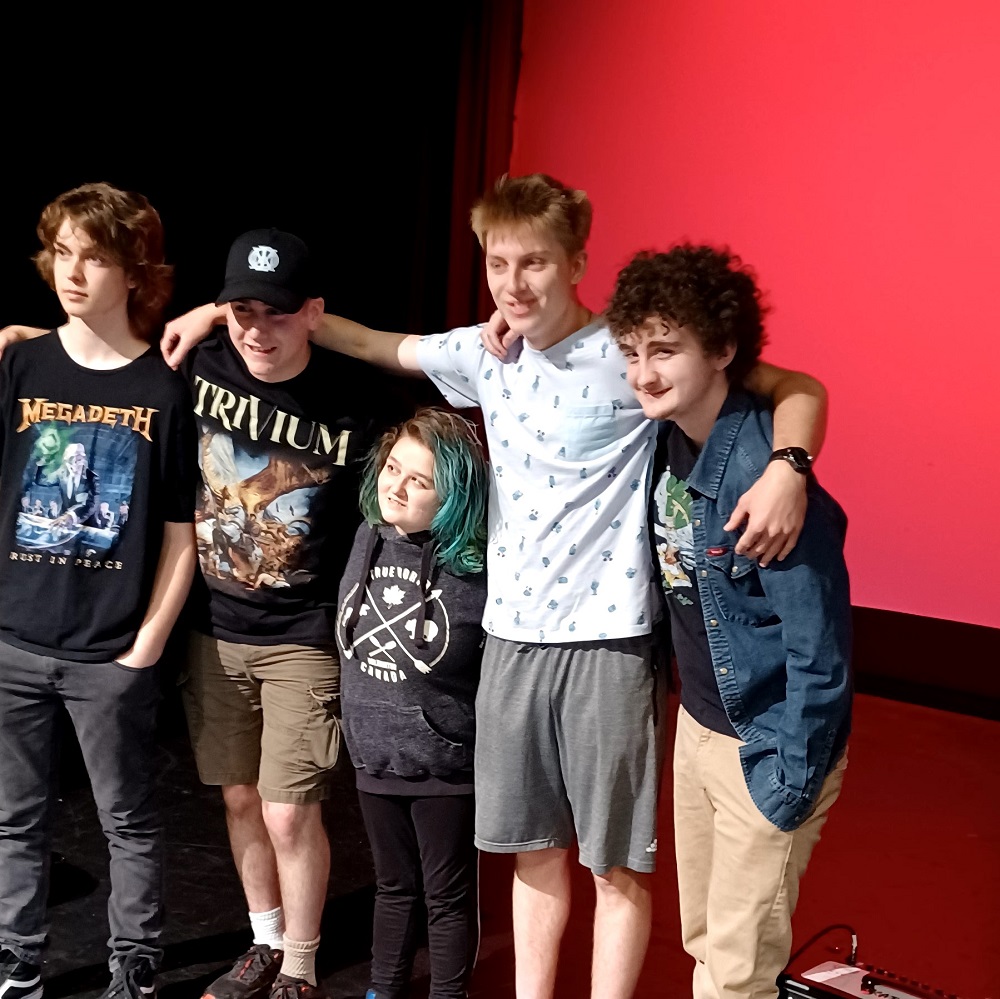 Five Haliburton teens are on their way to a world-class blues camp this summer thanks to the Haliburton Buckslide Blues Society (HBBS).

Guitarist Keenan Ryan said he was “very surprised” to win first place. He improvised his performance on a borrowed guitar because he didn’t know there would be live auditions until that very morning.

“It was super scary, I went in blind,” he said.

Louise Ewing, of the HBBS, said “his guitar skills were amazing and he showed great confidence when playing. He was comfortable on stage when playing to an audience.”

Ryan said he is influenced by bands such as Metallica, connecting with the band’s hard-rocking guitar licks.

“I never liked music,” Ryan recalls. “One day I accidentally stumbled across Metallica and I was like ‘I have to play guitar’.”

Now he plays all the time, and he’ll get a chance to try out the blues at the prestigious Grand River Blues camp this summer thanks to his quick thinking on stage.

He said he eventually would like to record some of his own tunes and master guitar parts for other songs he loves.

Ryan and second-place William Craftchick both won HBBS trophies along with money to buy instruments provided by sponsors Long & McQuade and HaliUkes, and they also have the chance to go to the blues camp this summer.

The HBBS said it was so impressed by the other auditions that Grace Judge, Laren Main and Myles Sharp also received sponsorships to the music camp.

In a media release, the HBBS thanked “the high school, the judges, our prize sponsors, Long & McQuade – Peterborough and HaliUkes/Yorkville – Algonquin Highlands, the Grand River Blues Camp and all those who dropped in to watch the event and especially the contestants for putting their talents on stage for all to see and hear.”

Contest chance for youth to sing the blues