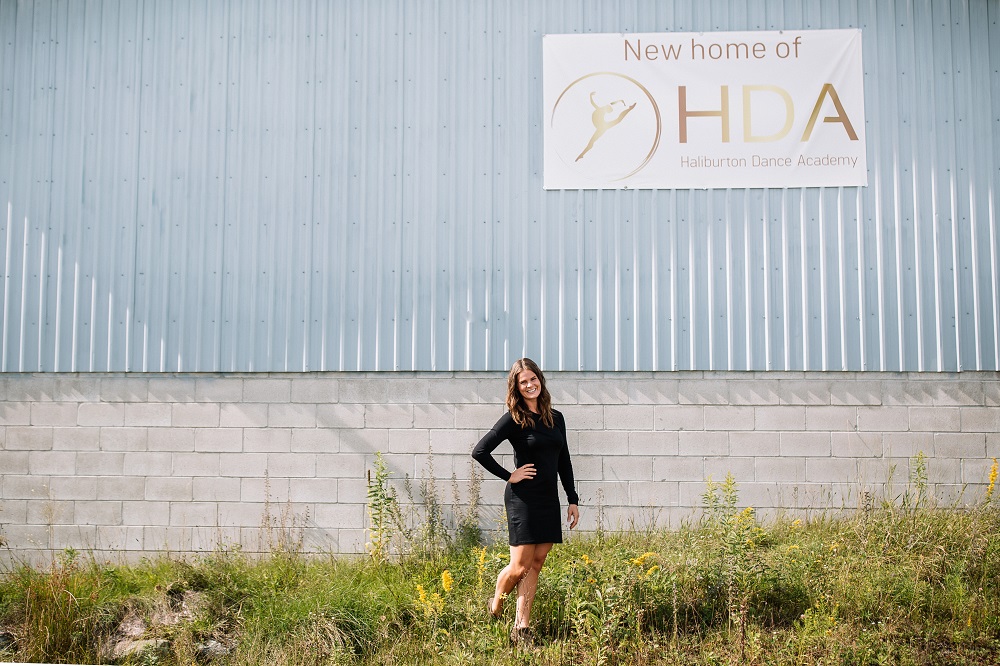 When Haliburton Dance Academy (HDA) students take to the stage of the Northern Lights Performing Arts Pavilion June 17-19 for their year-end recital, it will mark an end of an era for dance in the Highlands.

The academy, started 25 years ago by Terri Mathews-Carl under a different name – and owned by Chyna Schell as HDA the last 10 years – is closing.

The effect of COVID-19 on the Industrial Park Road studio, as well as health challenges facing the birth of Schell’s third child, Mabel, contributed to the difficult decision.

The businesswoman is maintaining ownership of HDA but planning to sell the building.

She purchased the new studio in December 2019, having to work with Dysart et al council on rezoning and organizing contracted work on the building. She had big plans but could never have foreseen a worldwide pandemic shutting them down for lengthy periods of time.

Schell also fell pregnant with Mabel in 2021. She was born with HIE, a brain injury that prevented adequate blood flow from reaching her brain. It has meant working with doctors and researchers at Sick Kids in Toronto.

Schell added she has a high standard for the way that HDA is run, when it comes to quality of service, instruction, environment and organization. She said she felt she was unable to maintain those standards for herself, her dancers and her customers with the way her life has been so rapidly changing.

That being said, Schell said Mabel is doing well and impressing the doctors and physiotherapists at Sick Kids. She will be part of a research study for HIE babies.

“When you’re focused on something that is in a way a silver lining to a traumatic experience, it’s very helpful in order to recover emotionally,” Schell said.

Throughout it all, the community has stood steadfast in its support of HDA, she added.

She said she has had discussions with people about selling the business but it hasn’t worked out as of yet. She is open to it though. “Fingers crossed.”

As the recital wraps up June 19, she added, “It is going to be an emotional time. When you’re sad because something so good is ending let it be sad because that’s a good thing. It means it was worth something. And it certainly was worth something to lots of people in this community. And I know that I certainly wouldn’t be who I am today without HDA and it breaks my heart that I’m not able to continue offering that for future generations.”

HDA students will take to the stage June 17-19 for their spring recital, which Schell refers to as the “Christmas of the year for dancers.”

“They really work so hard all year long and it comes down to this final moment in the spring when they get to show off everything they’ve put their hearts into on stage and they just deserve it wholeheartedly.”

She said they’d been working for 35 weeks, since mid-September. She noted some of the routines have been in the works since 2020. She expects about 100 dancers to take part.