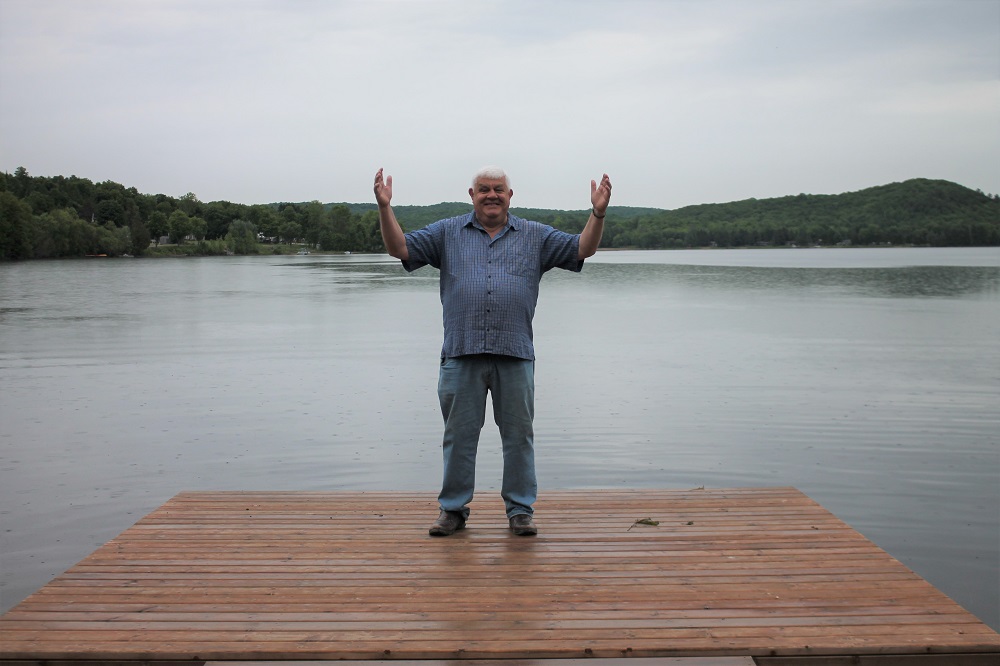 Pastor Brian Plouffe has baptized more than 350 people in his 32-year-career in Haliburton County – in lakes, rivers, streams, and even swimming pools and hot tubs.

The water source doesn’t matter. He refers to the Book of Acts where a believer asks why he can’t be baptized in a puddle of water. While that wouldn’t be Plouffe’s first choice, he said any baptism is exciting.

“Because all the baptisms in a Baptist Church take place after they’ve made a declaration of their faith. To see the beginning of wanting to declare their faith and to continue in that faith has been very rewarding,” he said.

Plouffe will be doing perhaps his last two baptisms June 19 when his replacement pastoral couple at West Guilford Baptist Church – Shaun and Amy Turner – take the faithful plunge. They will then baptize their four children as the congregation gathers to celebrate Plouffe’s retirement.

In addition to the baptisms, he said it has been rewarding working with families who are grieving and helping them through their pain and shock with presence, tears and hugs.

He will miss the challenge of “having something fresh from the word of God to share every week” in his sermon but is relieved the deadline will no longer be there. He will also miss being contacted by people when they are in need.

However, after a summer off, some travelling and connecting with family – his first summer off since he was 15 – Plouffe and wife Diane will be back as part of the congregation in the fall.

Reflecting on his lengthy career, Plouffe said, “God has truly been faithful to myself and my family and to the congregations I’ve served.”

That’s not to say there haven’t been hard times. He recently lost his middle daughter, Laura, known around town as “Buddy” to leukemia, at 34. One way he has coped is journaling. Revisiting those pages, he said, “I see the hand of God even in the hard times.”

“I’ve been stuck many times. I’ve fallen in the mud many times and He’s helped me up, and cleaned me up.”

He said COVID has been a challenge and the last two of his 32 years, “the strangest, and yet in some ways, very rewarding” of his career.

He is thankful for many things: that he can pass the baton on to the Turners, for Diane and children, Leanne, Laura and Lindsay, for his congregations, and assistant Dee Wruth.

One day he plans to write his memoir. He’s not sure of the title, something such as A Country Preacher with a theme of “forever faithful.”

When he first came to the community, he remembers praying, “Lord, if you’re in this, if I stay five years in this community with these three churches, if I can see one of them ever grow to three quarters full, I’d be so happy. The Bible says, ‘God wants to do more than you can ever hope or imagine’ and he certainly has done that. Thirty-two years. I can’t believe it.”