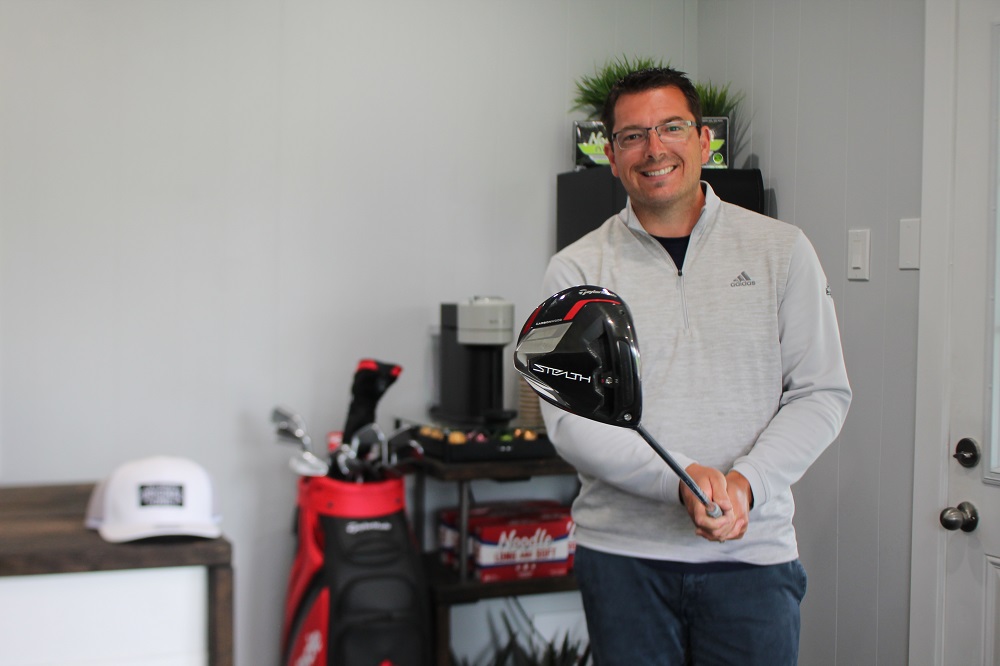 Chris Near was 13 when he played his first round of golf. It was at Blue Springs Golf Club in his hometown of Acton and he was smitten from the first swing of the club.

Soon after, he played a round at Muskoka’s Rocky Crest.

The challenge of the game combined with the picturesque surroundings of that course captured his imagination, “and immediately I was like ‘I have to find a way to work up there’.”

He became the operations manager at Oak Bay Golf & Country Club in Port Severn in 2014 and was then hired as the head professional at Rocky Crest before becoming director of operations at The Lake Joseph Club and then moving on to the Port Carling Golf and Country Club.

He was doing some research on the PGA of Canada website one day, when he noticed an ad for Carnarvon Family Golf.

He chatted with wife, Kelsey, and the two drove from Orillia to have a look at the business that had been run by the Kent family for 14 years. They decided to take the plunge.

“I’ve got a bit of entrepreneurial spirit so when you can tie business and passion into a package, that really triggered the curiousity,” Near said. “I’m not afraid to try things, take chances, introduce new things and if they latch on, amazing, and if they flop, no worries, we’ll just trudge on to the next thing.”

It’s a big change from his previous job when it was not unusual to field 250 emails a day from members of one of the most prestigious clubs in Canada. Near’s new domain includes a small pro shop, driving range, 18-hole mini-putt and nine-hole, par-three golf course.

The change from head pro at Port Carling to proprietor of Carnarvon is not lost on the longstanding Class A member of the PGA of Canada for 20 years. “Am I crazy?” he asks. “You leave the security of a nice job at one of the finest clubs in the country to take a leap of faith where you have to make it yourself and you have to do some cool stuff to put money in the bank.”

There it is again, that “cool” word. Coming from a corporate entity and perspective to sole ownership of a truly private club has been an interesting journey. Near said he is taking what he has learned from those larger clubs – such as exemplary customer service – to his family’s new enterprise. He is also looking forward to less of the operations and more of the hands-on side of the business, such as teaching.

“I thrive on being able to have conversations with people and there is nothing more gratifying than seeing a young junior latch on and love the game and have fun. Golf is such a good game to bring some strong core values in life and leverage those forever.”

Near said they are not planning to make major changes but are removing the batting cages and looking to reinvent that space.

They were surprised how popular the mini putt is, so have plans to freshen it up. They are planning to fix up the tees and add new bunker sand on the short course.

The pro shop has had a facelift and Near is selling golf products. They’re hosting their first private club fitting experience with TaylorMade June 17 from 9 a.m. to 2 p.m.

They are also hoping to introduce glow in the dark night golf on the par three course.

For now, they are also listening to what the clientele is telling them, “as to what they might like to see.”

But so far, Near said, it’s “amazing. I did not expect to see the traffic and traction this early in the year.

“Golf is a game that you’ll never, ever perfect and the quest to get there is what keeps driving all of us.”

Gelato on the rocks in Haliburton