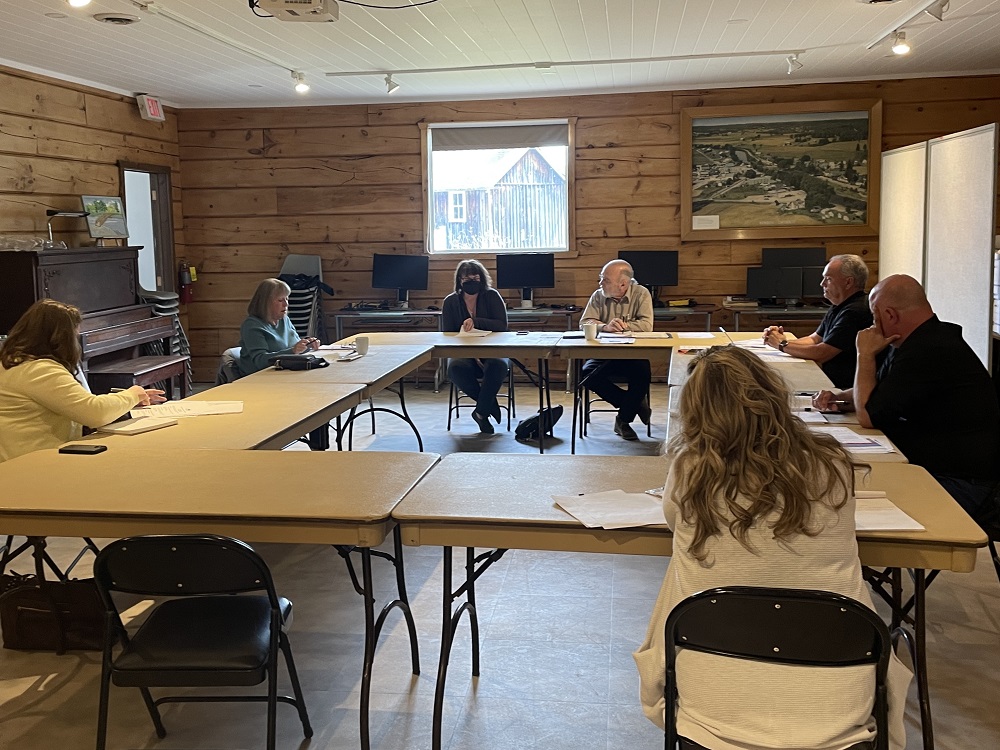 Minden Hills is set to partner with the Minden Hills Cultural Centre Foundation (MHCCF) on some aspects of the cultural centre’s (MHCC) operations.

At a May 26 meeting, council voted to transfer the running of the centre’s gift shop and membership program to the MHCCF.

After the departure of Agnes Jamieson Art Gallery curator Laurie Carmount in March, the MHCCF suggested on April 28 it take control of the centre or have increased involvement.

He said he and CAO Trisha McKibbin have experience with independently-operated cultural centres, a model which would see the art gallery, Nature’s Place and the Heritage Village run separately with funding from the municipality and province.

He said that often means constant struggles for funding and staffing, and is a relatively rare practice in comparable galleries.

Since the MHCCF was dormant for years before being revived in 2019, Belfry said he was hesitant to recommend transferring governance to it while in the process of raising funds and membership.

Belfry also referred to a 2020 report from Lord Cultural Services in which “it was not recommended… that the [MHCCF] take on a governance role, but more to re-establish itself and work as an arms-length partner with the municipality to strengthen the centre.”

The report said Minden Hills’ financial support of the centre is one of its strengths, with an operating budget of $360,000, which Belfry said is extremely high.

Belfry also concluded changing governance could be a timely and costly process.

Belfry said the centre “operated in a silo” for multiple years, and the township is aiming to create new avenues to relay information about the centre as well as strengthen its advisory committee.

For example, Belfry said there is room on the advisory committee for more members, and the committee is set to discuss its function at an upcoming meeting.

He said the goal should be “to work together with the foundation to strengthen it, strengthen the advisory committee, strengthen the programming and strengthen each other and move this centre to a new phase and new development this community can be very proud of.”

MHCCF president Neil Briggs said he is “cautiously optimistic” about the centre’s future after council’s decision.

He and Belfry met in May and he’s confident Belfry recognizes the areas the township’s administration of the centre could improve.

Briggs said the MHCCF membership program will help boost engagement with the community, and help get new volunteers.

Belfry said the membership transference is “a win-win for both the foundation and the municipality. The foundation, to become strong, needs a good membership. Strengthening the foundation, which strengthens the cultural centre, is very important,” he said.

Currently, Belfry said the centre’s admissions and program revenue is around three per cent of its revenue while the usual target is 20 per cent.

“This is extremely low… this is something the foundation can help with,” Belfry said.

Coun. Bob Carter implored continued discussions with the MHCCF, but encouraged residents to take the usage of the entire facility into account, not just the art gallery.

“We, right now, have very little attendance, a lot less usage of this facility than at the level we are supporting it,” he said.

Mayor Brent Devolin described the partnership as “the great reset” of the cultural centre. “Although it started with a bumpy re-engagement with them, I think there’s sincere interest on both sides to move this forward,” he said.

Briggs said the foundation and others in the arts community consider the upcoming appointment of an MHCC manager of cultural services, and cultural programming position a milestone. Both positions are expected to be filled this summer.

The MHCCF also advocates for the restructuring of the advisory committee to ensure its input is valued and represents the wider community’s stake in the centre.