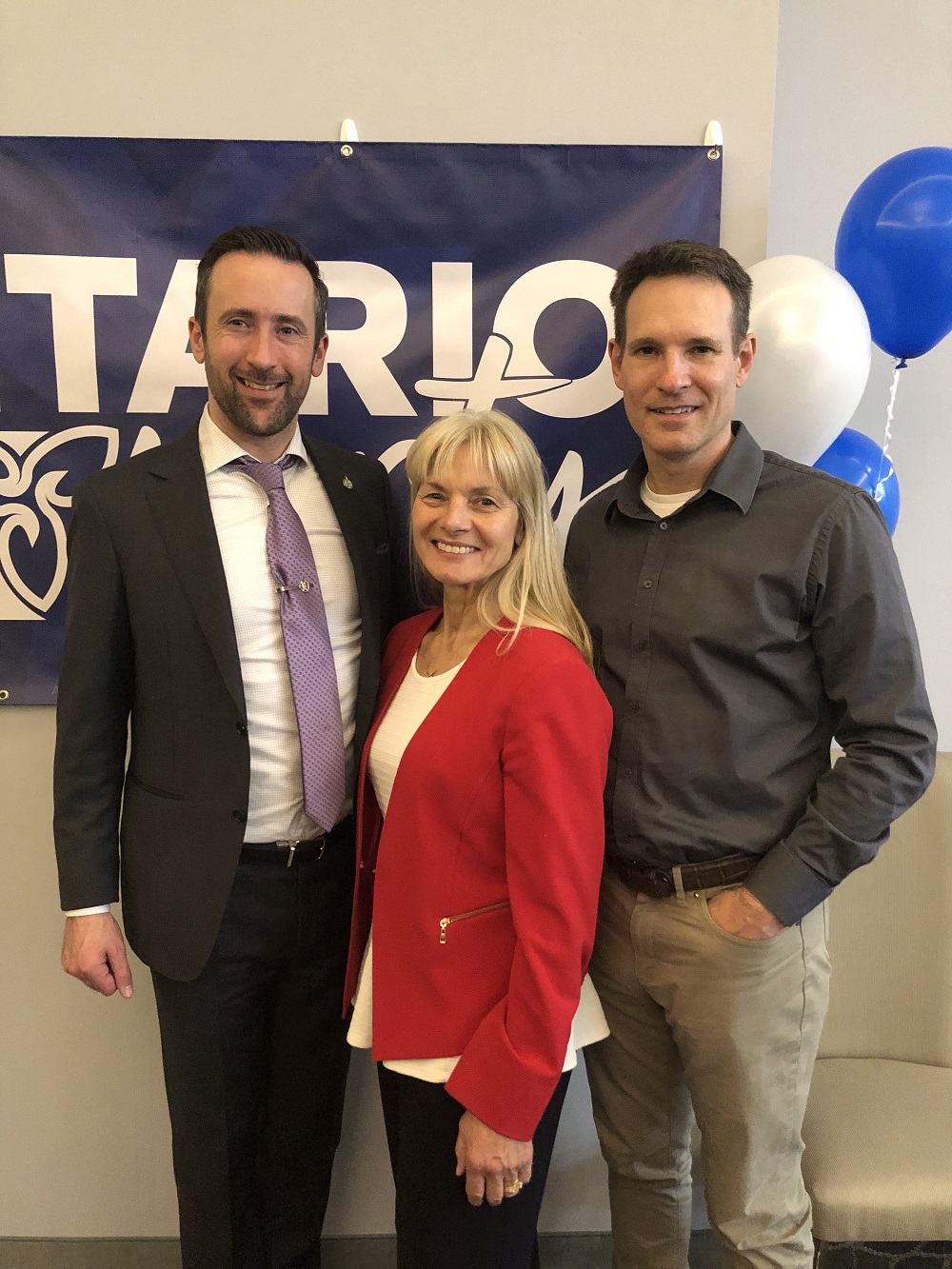 “We need someone in politics representing our people that isn’t there for the job. Someone to bring the power back to the people, and bring back their lives of opportunity. To bring back hope,” she said.

Kelly said she decided to run for office because she was “tired of the way the country has been run.”

She is a retired veterinarian and co-operator of the Lindsay Airport, also running the Crooked Lake Wilderness Lodge in Norland.

Kelly, who voted for Ford in 2018, said the Progressive Conservative party mishandled the response to COVID-19.

“I’ve never been so let down.”

She said the province should “never do mandates again” and pointed to the economic cost of shutdowns and vaccination policies.

Kelly said the Ontario party, started in 2018, stands for “truth, honesty and putting decency back in the government.”

She added that she appreciates the party encourages members to vote independently of the party, meaning she could vote against party policies without consequences.

She said she supports the party’s entire platform so far.

She said housing is a top issue in Haliburton that she has spoken to voters about. She favours looser rules on tenant evictions, which she said could give landlords the confidence to rent out apartments without fear of damage.

She advocated for allowing private healthcare to run alongside the public system.

“We intend to keep the public system going, but to improve it,” she said.

She favours a hands-off approach to rules governing businesses “so they can be allowed with their own entrepreneurship and creativity, to make the world a better place. Government has never done that and will never do that, it’s something we need to rely on the good people of this riding and Ontario to do.”

She has hosted multiple events across the region, such as a meet-and-greet at the Minden 50s diner. Kelly said if elected, she’d introduce new ways for constituents to voice their opinions, and take their feedback into account.

“It’s time that people have a candidate that actually speaks for the area,” she said.

Voters have a six-pack to choose from