Home General News Social cycle cruisers back on the road 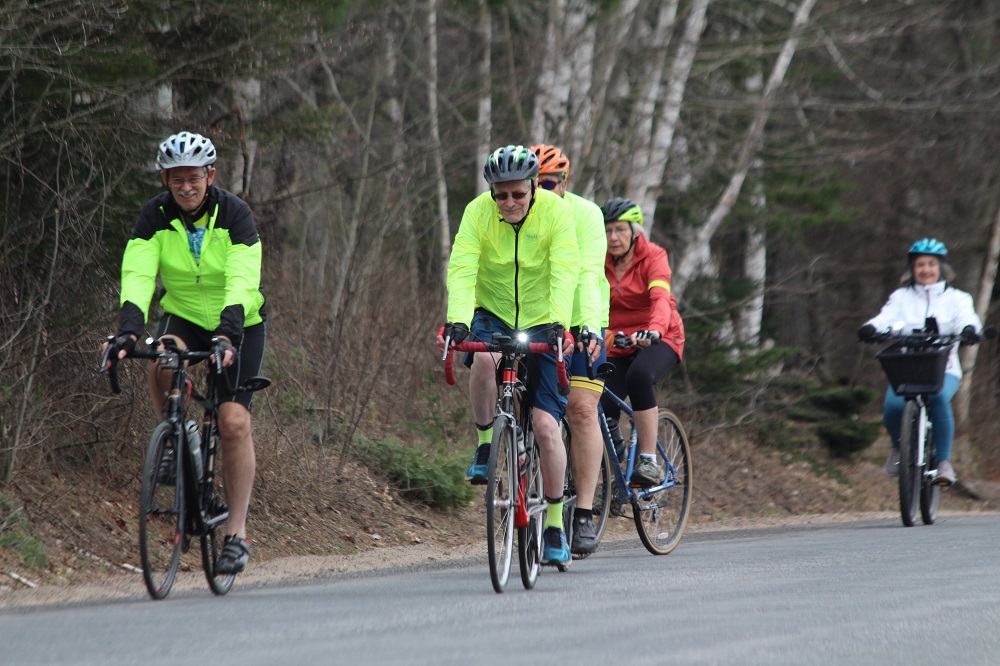 At the Stanhope fire hall, about 30 people strap on helmets and saddle up their cycles before rolling away down North Shore Road.

Most are already chatting while they ride two-by-two into the foggy spring morning.

The Haliburton Real Easy Ryders’ first season officially back on the roads is now rolling after COVID-19 hampered the group’s cycling fun.

“There’s a real sense of community and friendship in the club I really enjoy,” said LeeAnn Cruz, club vice-president.

The club hosted its ‘Let’s get Rolling Social’ May 1 to welcome new members or anyone interested in cycling with others. More than 80 people showed up.

“The turnout was even greater than expected,” Cruz said.

While before COVID-19 membership exceeded 100, the club now sits at 84 registered members.

“Not as many people were feeling comfortable coming out and riding in a group,” Cruz said.

Now they’re back to regular programming: three rides a week at different locations across the County, along with trips to southern Ontario roads.

There’s even a planned three-day voyage to the Ottawa valley in September.

On each weekly ride, the club splits up to ride different distances, ensuring no rider gets left behind based on ability.

Whether it’s recumbent, full-suspension, gravel-focused or a feather-weight racing bike, any type of cycle will do.

“We encourage anyone to come out,” said Cruz.

She said the club may be built on cycling, but it’s the social aspect that likely keeps members coming back.

“It makes riding that much more enjoyable when you can share it with others,” she said.

Sir Sam’s Ski/Ride has been sold