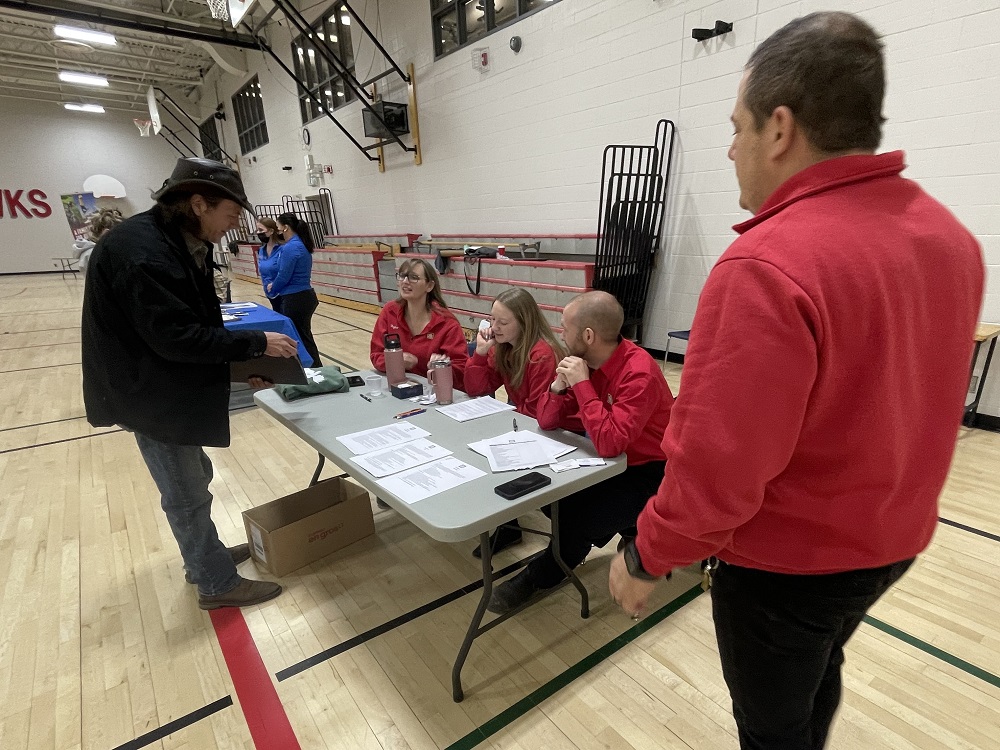 An estimated 100 high schoolers and a scattering of adult job seekers attended the fair, organized by the Haliburton County Home Builders Association (HCHBA)

High school student Rio O’Malley said teens are looking to “have fun, work with good people and make money” at parttime jobs. O’Malley is working multiple jobs this summer, and said a “good work environment” makes for an attractive workplace.

Damon Harriss, another student, said some of his classmates don’t want to work in the summer because they’re at cottages or playing sports.

“Some people don’t want to work in something they’re not interested in,” he said.

Harriss plays sports all summer and looks for schedule flexibility in potential jobs.

HCHBA executive officer Aggie Tose said in an email that “The students and public that attended were very engaged. The students had very appropriate questions.”

Rickerby said it has been “extremely tough” to hire seasonal and full-time staff since 2020, with both Haliburton County locations seeking to fill a combined 40 positions.

He received approximately 300 resumes in 2019 and 40 in 2020, and said they’ll likely be understaffed this summer.

“We push through and adapt,” he said. “I’m hoping we can not only hire, but get the students involved. Interacting with people you don’t know is a life skill.”

Others from businesses such as Kawartha Dairy and BKS Carpentry said positions have gone unfilled for months.

Some pointed to the discontinued Canadian Response Benefit or employment insurance as reasons why Highlanders may not be seeking jobs.

While it’s difficult to gauge how those programs might have impacted the Highlands’ labour force, unemployment rates in Canada are at pre-COVID-19 levels.