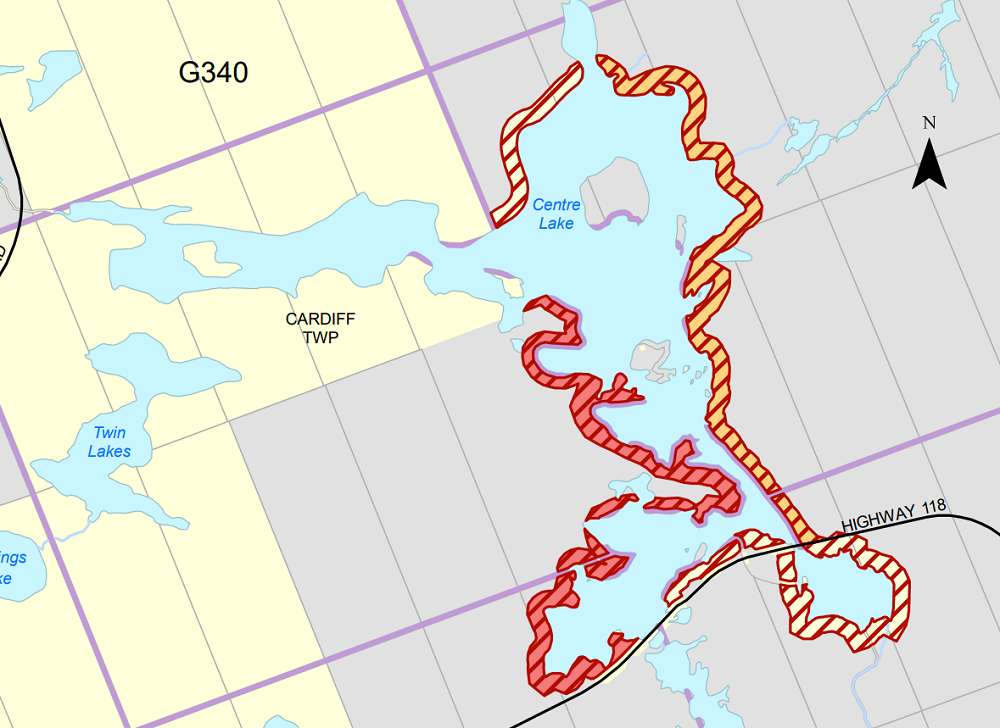 Highlands East council voted against supporting and application for lot creation on a portion of Crown land abutting Centre Lake.

In a recorded vote, all but Coun. Cecil Ryall voted in favour of declining the application for lot creation adjacent to the lake. The application includes plans to build 28 cottages, a 60-suite commercial resort and spa and wellness retreat accessed via an unopened road allowance.

In a draft response to the County, which asked for Highland East’s input, planner Chris Jones outlined multiple concerns including lack of shoreline ownership to the water’s edge; the scale of use and servicing of the resort hotel; construction of undetermined buildings or structures or communal docking facilities on or over the lake; recreational carrying capacity of Centre Lake; and designation of the area as wetlands.

“The municipality questions the merit of a development application which is predicated on access over an unopened municipal road allowance that is neither owned or authorized for the proposed use by the applicant,” reads the draft.

Jones said, “I don’t see how council is in a position to support the application in an upcoming public meeting.”

In an emailed statement after council’s vote, Steven Megganety, representing the Granite Shores development said the project has received more than “2,000 direct contacts, questions, comments and reviews of the submitted plans and studies on the Granite Shores project alone. We are engaging with all the stakeholders and interested parties who have expressed interest in this $40M economic development project in the region and, hopefully, we can move forward.”

A website produced by Granite Shore to solicit community feedback is no longer active.

Members of the public have voiced concerns over the development’s use of Crown Land, and disruption of the currently undeveloped lake ecosystem.

Michael Thomas, president of the nearby Paudash Lake Conservation Association, said in an email, “I was pleased with Highlands East’s decision yesterday which has them, by recorded vote, being against the Crown reserve being released to the developers and also against the application made by Granite Shores to [the] County.”

The MNRF said public consultation on the disposition of the land closed on June 25, 2021. It’s final decision on the matter, regional manager Pauline Capell said, will be made after receiving township and County feedback.