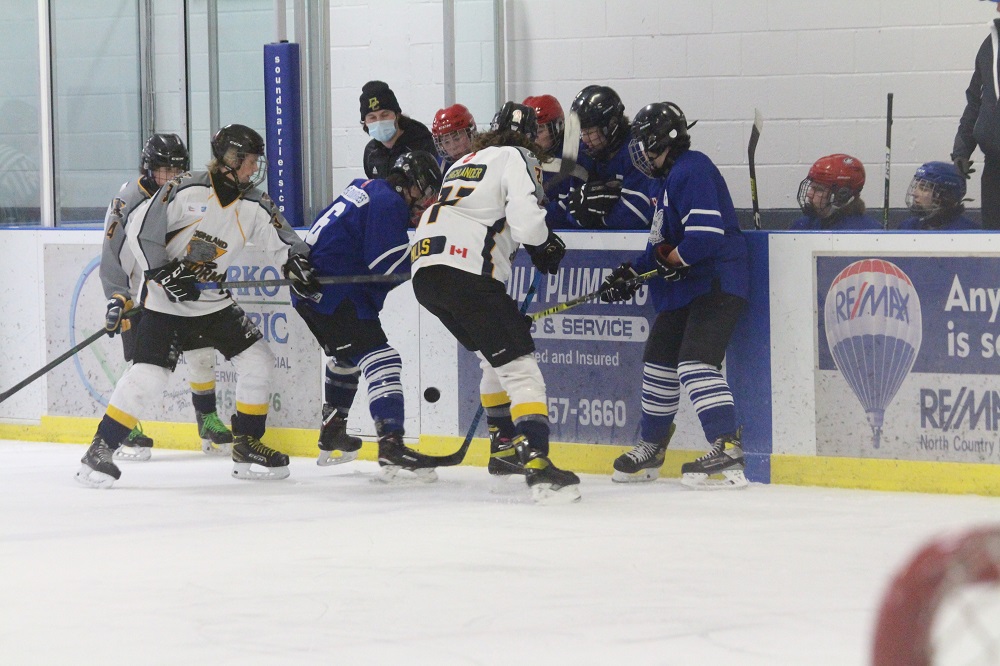 The Highland Storm U-18 team started their playoff round Friday night (March 4) versus the Mariposa Lightning in their home barn.

The Storm skated away with a 3-1 win, giving them their first victory against Mariposa all season. It was a good start to the six-game playoff format. Saturday night (March 5) saw a packed home game against the Orono Leafs.

Their only meeting was a 2-1 victory in a tournament in Brighton. The Storm attacked fast and furious scoring three goals in the first five minutes.

The lead was short-lived when Orono battled back to tie the game 3-3. The Storm U-18’s never gave up and never stopped skating after the tie. The tremendous offensive ability and defensive wall from Ty Mills, Hunter Winder, Mathew Wilson and Ben Robinson continued like they have done all year long and stopped any further damage and provided a few more goals to pad the lead.

Goaltending from Ethan Dobson was elite and he was able to secure rebounds and stop play when needed. This team, however could not be successful without the tenacity and relentless effort from Cooper Coles, Cooper Lloyd, Alex Hendry and the weapon, Brody Prentice. Lloyd threw a thundering body check to set the tone early in the third period.

The score ended 7-4 for your hometown Storm. With four games remaining, the U-18 Storm players are at full strength and full energy to finish the playoffs on a high and move on to the year-end tournament in Barrie.