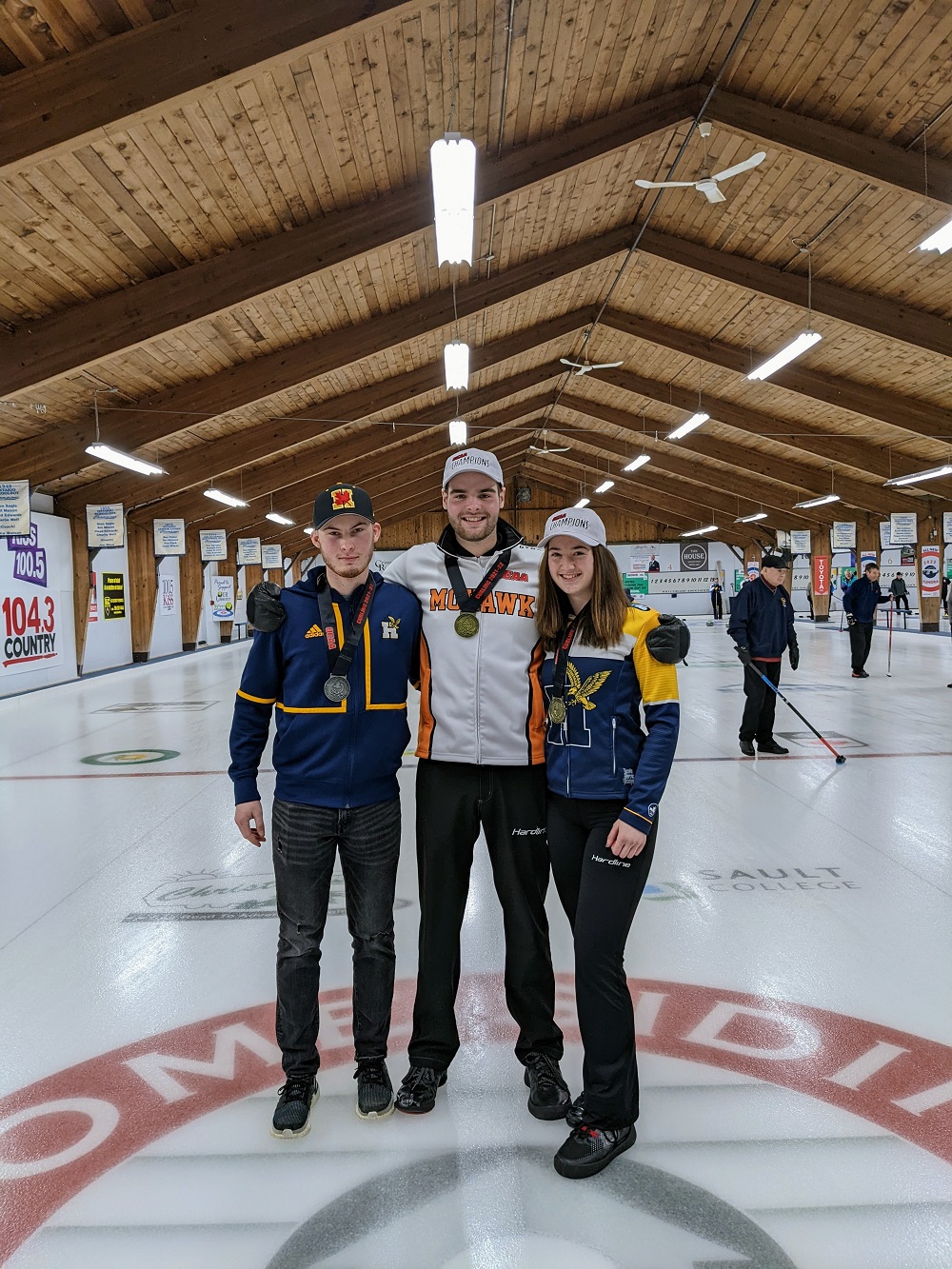 It was very nearly a clean sweep for three Haliburton teens who each secured podium finishes at the Ontario College Athletic Association’s [OCAA] curling championships in Sault Ste. Marie Feb. 17-21.

Jessica Byers earned gold and Jacob Dobson silver representing the Humber Hawks, with Byers curling second on the women’s’ team and Dobson serving as lead on the men’s team. Liam Little, curling lead for the Mohawk Mountaineers, claimed gold at the event.

“It’s a huge testament to the calibre of our local curling clubs, and the efforts they have put into their youth curling programs to have three elite athletes not only competing in a provincial championship, but to walk away with three medals,” said Cynthia McAlister, Byers’ mother. “Our local curling clubs and members in both Haliburton and Minden should be immensely proud of their youth curling programs.”

Byers played a pivotal role in her team’s 8-6 victory over the Niagara Knights in an exciting gold medal game.

Speaking after the win, she credited her experiences curling in the Highlands with providing her with the technical and mental know-how to compete on the provincial stage.

“The volunteers provided me with an atmosphere to continually grow, improve, set and achieve bigger and bigger goals as an athlete and as a person. If I think about what curling means to me, I find myself almost at a loss for words. It’s become part of who I am,” Byers said. “When I curl, surrounded by so many inspiring and talented people, I forget about anything else going on in the world, focus on one shot at a time, and support one another. We all come back and love the sport for that reason.”

After a pulsating, back and forth encounter, Little led his Mountaineers side to a 5-4 victory over his former HHSS teammate Dobson. The pair thanked the likes of Scotty and Jane Boyd, Russ Duhaime and Hugh Nichol for their support and guidance through their formative years playing in Haliburton County.

Dobson pointed to the steady stream of curling prospects that have come out of the Highlands in recent years, saying it was important that local clubs continue to engage with youth and encourage them to hit the sheets.

“I’d like to stress how important it is to continue to rebuild the youth curling programs now that we’re on the back end of the pandemic,” Dobson said. “Haliburton and Minden have been able to produce some of the top curlers on every level of the game. This all starts at the grassroots level of getting kids into the game at the elementary level and showing them what it possible.”