Home General News The fun of the fair 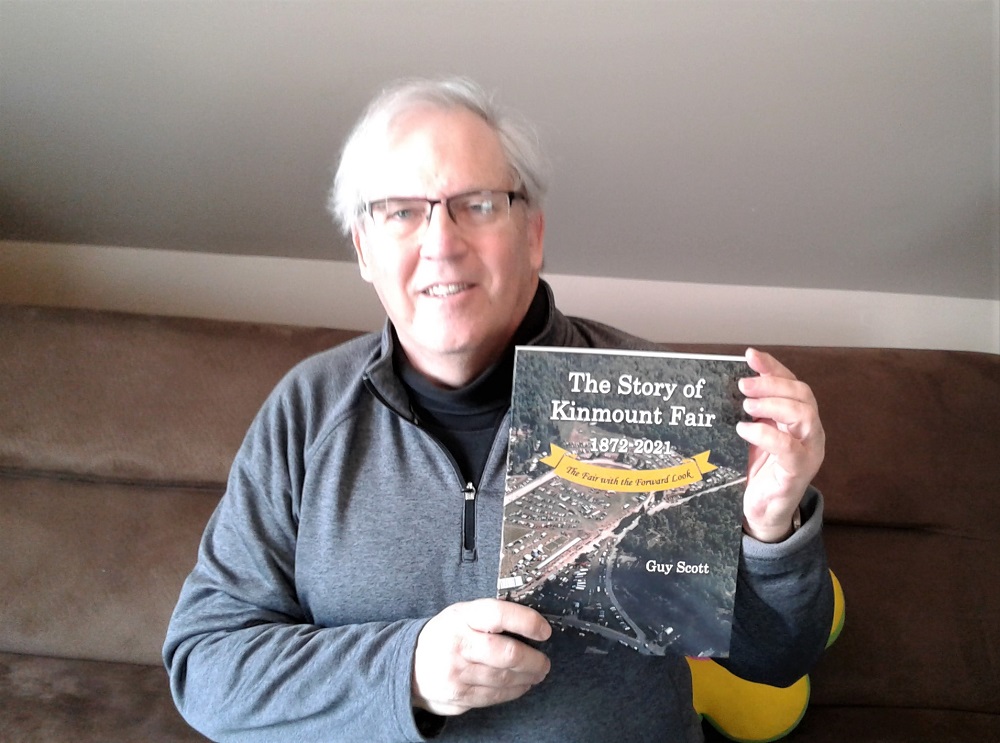 Running annually since 1872, the fair has been a summertime staple in the community for generations. Hundreds of Haliburton area residents typically attend, making the Kinmount Fair one of the largest, most anticipated events of the season. It’s held over the Labour Day long weekend.

Wanting to make a big splash of its 150th anniversary, Scott published The Story of the Kinmount Fair in January, cramming dozens of first-hand stories, fun facts and photographs into its pages.

“I’ve been going to the fair every year of my life. It’s a major part of our history as a community,” Scott said. “At one time, almost every township in our area had an agricultural fair: Gooderham, Highland Grove, Haliburton, Coboconk, but over the years they’ve disappeared, while the Kinmount fair has held on.”

He’s not exactly sure why or how Kinmount’s agricultural fair has endured. He noted the community isn’t particularly known for farming.

“The story goes, how do you make a million dollars farming in Kinmount? You start with $2 million,” Scott said.

He took an active role with the fair organizing committee in the 1980s and never looked back. While researching his book, he relived some of the “glory years,” when he helped organize mud wrestling matches, fishing derbies, and air shows.

The mud wrestling, in particularly, caused quite a stir back in 1985, Scott remembered.

“We were looking for a bit of a boost on the Friday, so we brought in the Chicago Knockers all-girl mud wrestlers. It didn’t go over well with some people,” he said. “One little old lady caught me afterwards and she said ‘I’ve been going to your fair every year in my life, and that’s the end of it. I’m not going to see no strip show at the Kinmount Fair’.”

Photographs from that event, and dozens of others, are included in the book.

“It’s a lot of nostalgia, but remembering our history, too,” he said.

The book is available at Kinmount Artisans Marketplace. Since its release, Scott estimates he’s sold around 50 copies.

With the event being cancelled the last two years due to the pandemic, Scott said he’s hopeful things will be “back to normal” in 2022. There are plans to hold a special celebration in honour of the sesquicentennial.

“I’m just excited it’s going to be back. All the pictures I’ve seen in writing my book, it’s people smiling and kids having fun. That’s what we want to do with our fair, make it exciting. We want it to be a worthwhile attendance,” Scott said. “As musician Propter Hawk says in her song, ‘I gotta get myself back to the Kinmount Fair’. To me, that says it all. Remember the good times, and let’s do them again.”