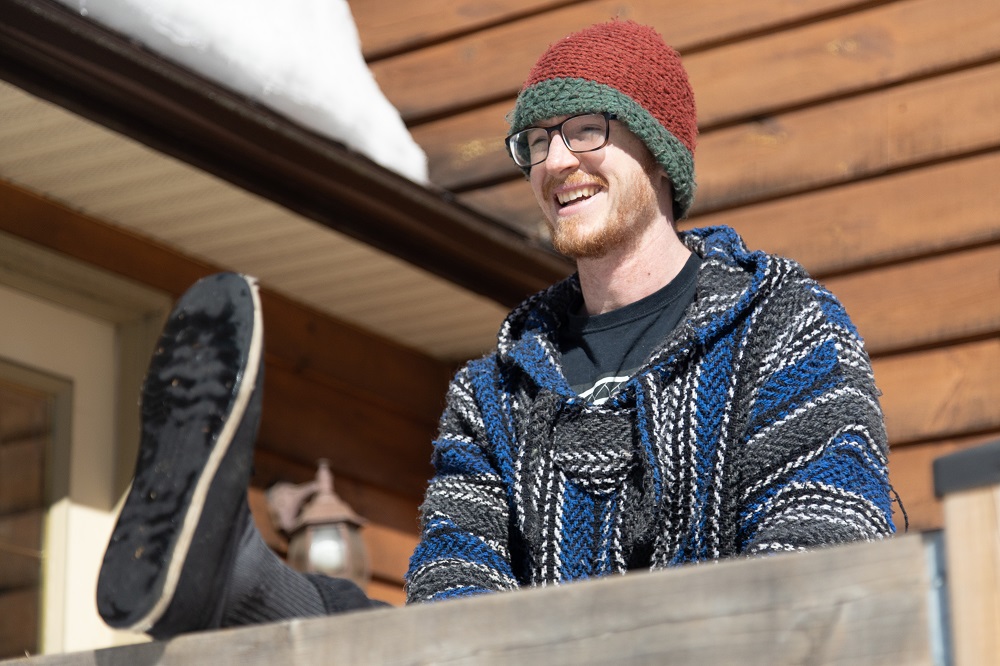 Kelly Outram was seven when he took a karate class for the first time. Self-described as “lanky with big glasses and a girl’s name,” he was being bullied at school.

“So, I had a rough time,” the owner of K.O. Martial Arts said. “As soon as I started learning karate, and learned to push back when you’re pushed, after once or twice, people start to leave you alone.”

But it wasn’t just about “smashing and bashing.” He discovered he really enjoyed the discipline.

He continued until his early teens when his teacher moved away. From there, he played hockey, football and rugby “to get my ya-ya’s out through my teenage years.”

However, he returned to martial arts at 19. At the time, he was living in the Highlands in the summer, where he worked as an arborist but would move to the city in the winters and practice some sort of martial arts.

He moved back full-time in 2018, working with his brother as Outram Tree Solutions. However, his side hustle became teaching martial arts. Just prior to the pandemic, and since then when it has been allowed, he has taught classes at various venues in Haliburton village. His repertoire has included self-defense and combat sports, striking, grappling, mindfulness and body awareness, Tai Chi and Qi Gong.

At the moment, he is teaching Tai Chi at his house on South Lake Road Saturday and Sunday mornings at 10 a.m. but said the cold has kept people away from the outdoor, socially-distanced classes.

He said COVID has been a challenge. For example, he had planned a Minden launch for Jan. 8 but had to cancel that after the province locked things down.

However, he said the tree work is his “bread job. I’m not doing the martial arts to keep myself fed. I would have been starving for the last two years.”

Martial arts, though, has always been his passion. He really reconnected with it after being diagnosed with a bipolar disorder in his late teens, early 20s.

“I had a little spurt with that where I didn’t know what to do about it. It was a rough time for a year or so. I got on medication for a while and that straightened me out for a while. Then I realized if I just kept myself together, if I could exercise, sleep well, eat properly, I didn’t need to be medicated. I was concerned it (the medication) was going to destroy my liver by the time I was 50. As long as I stay consistent with my training, I’m stable.”

With mental health taking a toll throughout the pandemic, it’s a practice he wants to share. Ideally, he would like to work with kids but anyone 16-45.

“It’s a really nice practice, really great form of exercise, it’s interactive, it’s a lot of fun. It sure beats pumping iron which gets pretty boring over time I find.”

He believes a practice resonates with young rural kids, who need activity but have to spend six hours a day in school.

“Something like this where they can just get their ya-ya out is extremely good.”

He added, “to me, the greatest takeaway ideologically and mentally from martial arts, is you get better. You might suck at this because it’s your first time. What I really want to foster in my students, no matter what it is, if you try and practice, you’re going to get better at it in every context.

“You might not be a world class master, but you are going to be better than you are today if you decide you want to get better at something.”

Parents get some answers on return to school