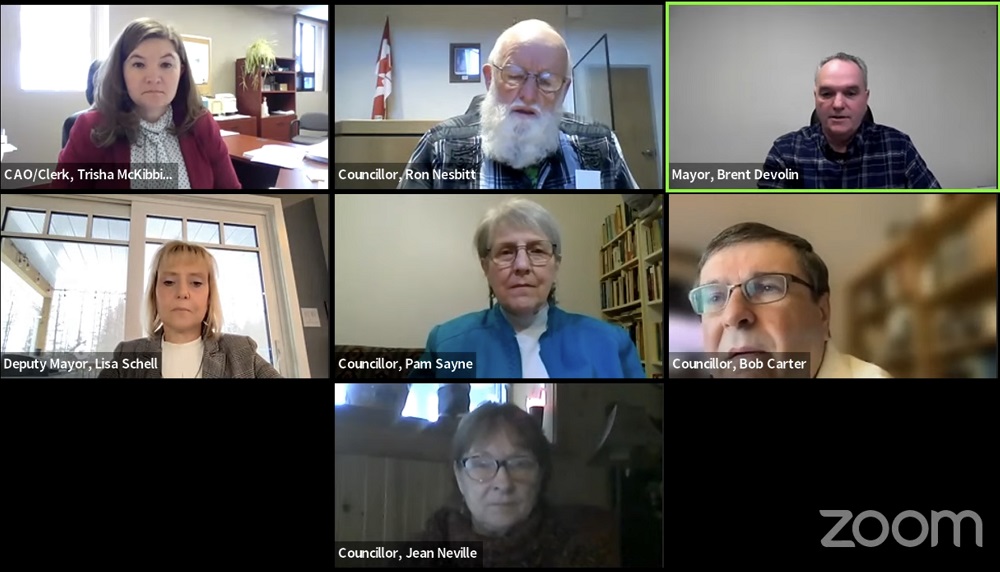 Councillors Bob Carter and Pam Sayne said parts of the plan could be improved to better reflect the Minden community.

Carter said the report was full of “consultant speak,” without enough specific plans for data collection on issues such as substance abuse or unemployment.

“I’m pretty disappointed in this,” he said. “The issue I have is in the report itself, along with work plans and goals.”

He pointed to Census data reporting 2,500 more people in Haliburton County than in 2016, about a 14 per cent bump to Minden’s population.

Without action plans for things such as new doctors and increased housing, Carter said the report is “terrific from a consultant’s perspective that could sit on a shelf, [but] not really a lot of action items that could help the County.”

The report outlines various ideas for improving services such as mental health support and addictions counselling, including a permanent virtual care clinic.

Other action items include developing employment and training placement programs for low-income groups and individuals.

A proposed police detachment board would include council members and the OPP detachment commander, along with one County-approved resident and a provincial appointee.

Sayne said that is too “top-heavy,” and more community stakeholders should be included.

“This does not bring any kind of consultative factors to the local municipalities, which I think is really critical in understanding our full community,” she said.

Including frontline workers, such as paramedics, would help the group “pivot, make decisions quickly and develop policies and programs that would help the community,” Sayne said.

She and Carter said they supported the drafting of the plan other than their specific concerns.

He said the plan represents a “change philosophically from a reactive to a proactive stance to dealing with issues like housing and food insecurity.”

Council unanimously supported the plan, with only Sayne voting against a subsequent motion of support for the seven-member detachment board.