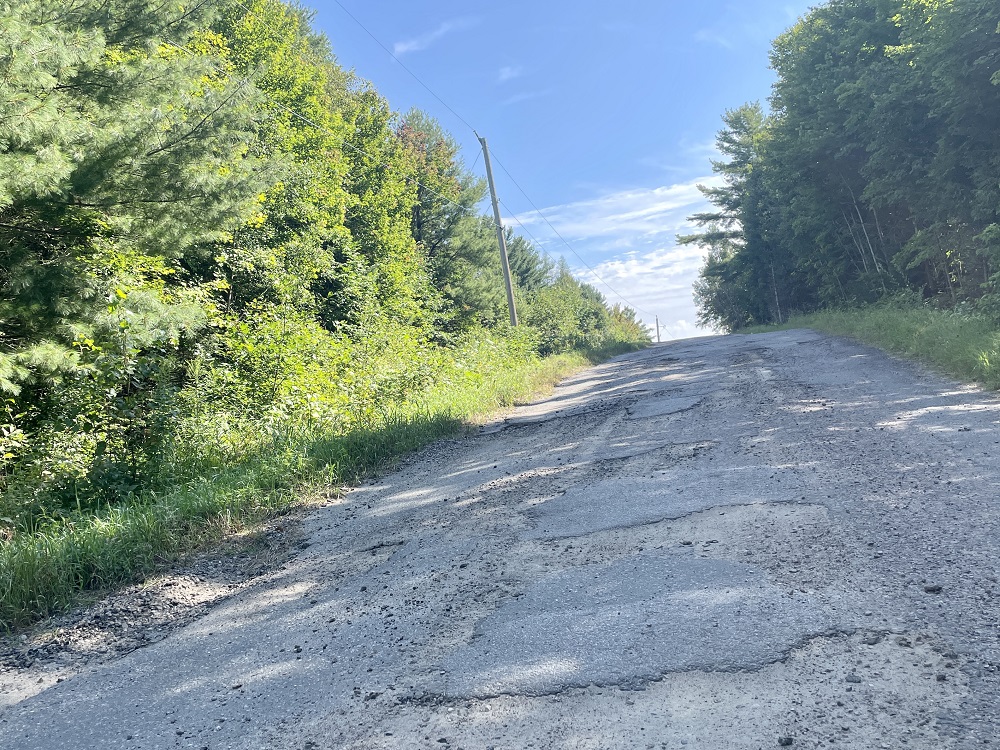 Total improvements to the road system could mean pulverizing and resurfacing or surface treating certain roads, while reconstructing others that are in the worst shape, for an estimated $30 million over the next 10 years.

An alternative scenario could see more roads pulverized and resurfaced, rather than reconstructed, for a cost of about $19.6 million.

Of the township’s 21 kilometres of asphalt roads, 21 per cent are considered poor, along with 36 per cent of the area’s surface-treated roads and 17 per cent of gravel roads.

The study was presented to council Jan. 27 for councillors to get a background on the shape of Minden’s roads before upcoming budget talks. Staff will also consider a roads usage report, detailing an average amount of traffic on each road. Tatham Engineering recommended traffic volume, road condition, time of need, cost of improvement and work schedule to direct which roads are prioritized.

“I think it’s important for [council] to have the same guidance as me as we work through the budget process,” said acting director of public works Tara Stephens. “The next step for us as staff is to provide the simplified report.”

“We can only carry this burden on a certain extent on land-based taxation,” he said. “There’s no way on a municipal tax base that this can ever be paid for.”

A performance-based review of Minden’s water and wastewater systems predicts a boost in annual spending. Sixty per cent of Minden’s infrastructure is considered “fair”, meaning it has issues but is working. Ten per cent is “poor”, meaning it needs further spending, and 30 per cent is in good working order.

“These are actually a lot smaller than what you’d see in an asset management plan if you did an age-based forecast,” said Larson.

OCWA is preparing a rate study, which will show how much residents could expect to pay for water in the area to fund the water system’s repairs and capital projects.

Larson said evaluating the growing population of an area is key, along with determining how new developments can fit onto existing water systems. “It’s about optimizing the use of your existing infrastructure so you can have more ratepayers pay for the same quantity,” Larson said.