Home Arts A flood of jokes in Minden comedy special 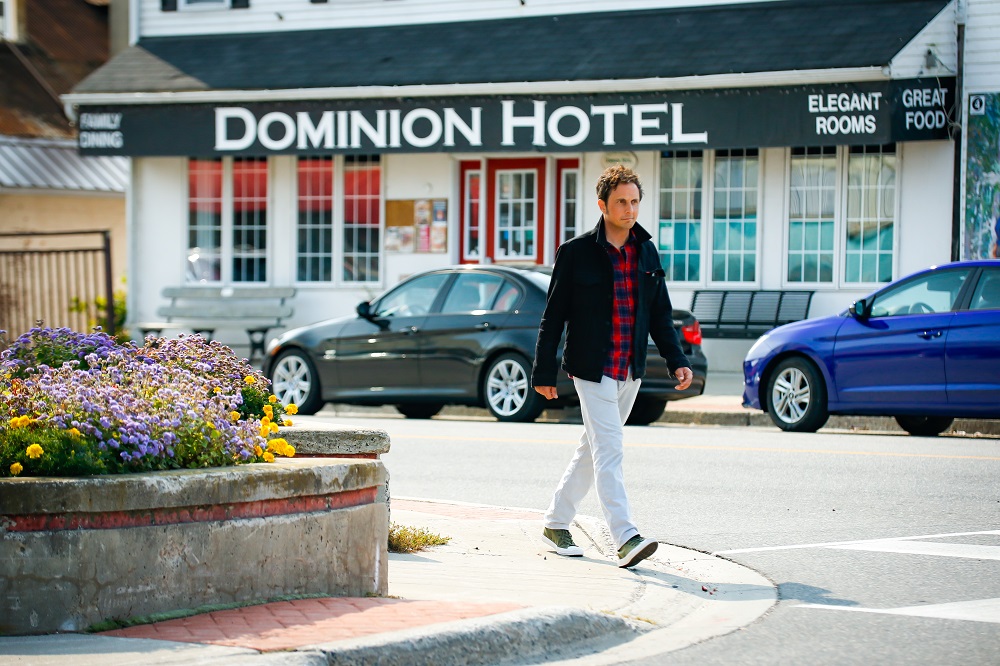 Sandbags, rapids and a cow on a roof: those are just a few Minden emblems comedian and actor Jonny Harris points out in an upcoming episode of Still Standing, a CBC comedy that features the town.

“I’m humbled by all I learn every episode,” Harris said. “I feel like an idiot by the time I’ve left.”

Harris’ September 2020 visit to Minden focuses on the town’s floods.

“How the town has learned from that, how the town almost has a fast action response to it now,” he said. “People sort of know what to do, what area to target: that’s unique.”

He speaks to Emily Stonehouse, who led the township’s communication efforts during the 2019 flood, and flooded-out community members such as Michael J. Bainbridge and Brigitte Gall.

Between flood-related puns and quips (including a comparison to a backed-up toilet), Harris charts Minden’s community response before chatting with business owners about living and working in the Highlands.

“I try and be a bit cheeky or a bit saucy but it never needs to be meanspirited,” he said.

Harris told the live audience he wished someone like Plum Vicious read to him as a kid, “just to have somebody spectacular to look at, to keep you engaged.”

Harris said he tries to celebrate the town while recognizing struggle in each episode. “Often these struggles unite people, bring people together,” he said.

He said Minden residents “give selflessly and work hard to ensure the survival of their town. If you acknowledge that, the comedy can come out of that. It’s sort of a pat on the back.”