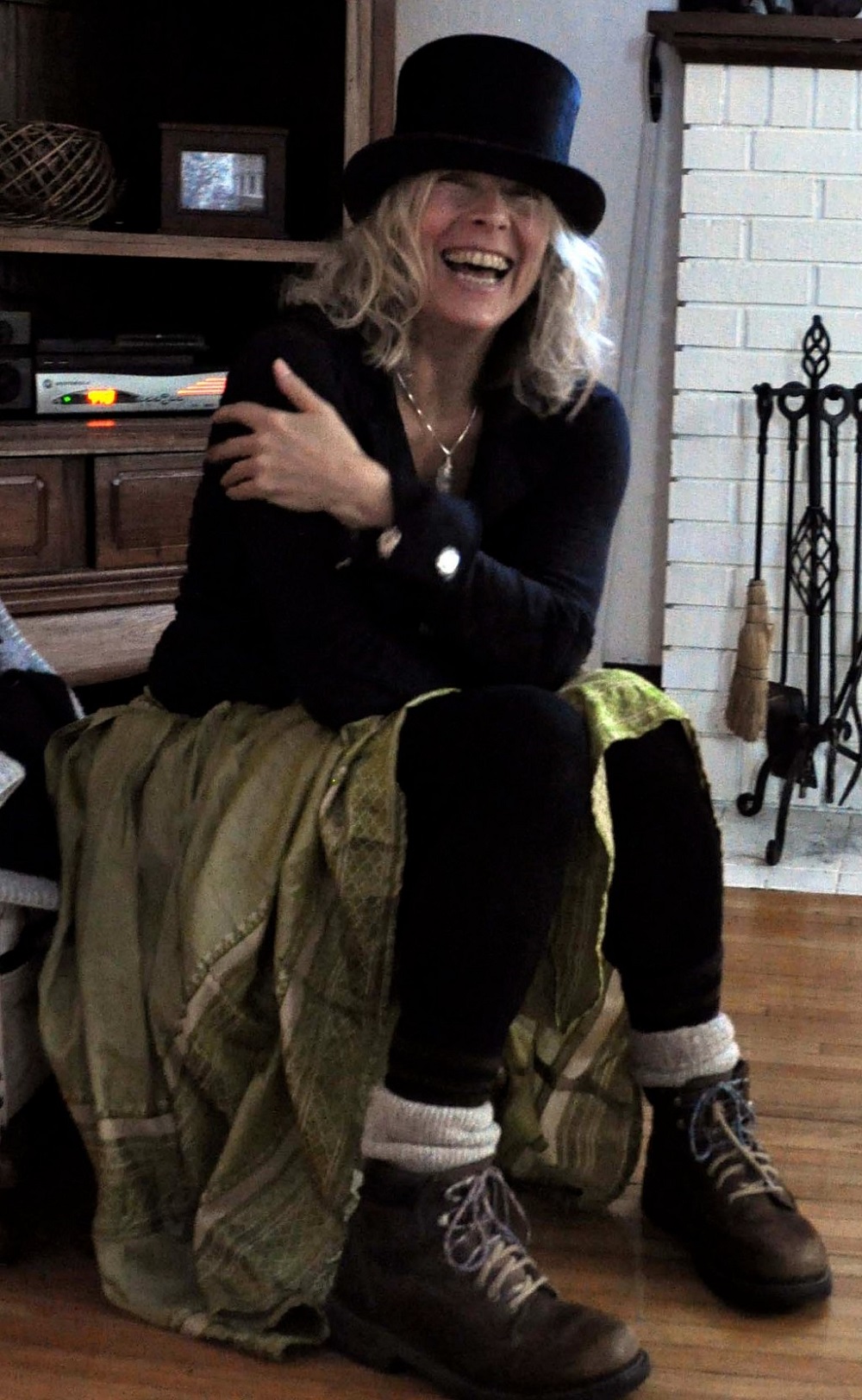 Karen Dawnn was at death’s door 18 months ago, her body ravaged by an initially undiagnosed disease that specialists say is often overlooked in Ontario.

Once a fit and healthy yoga instructor and artist, Dawnn, who turns 60 in February, found herself bed-ridden and unable to take care of herself after falling sick in the summer of 2017. While she didn’t know it at the time, Dawnn had contracted Lyme Disease. It would be three years before she learned the full extent of her diagnosis.

What happened in between could only be described as a living nightmare by Dawnn, who suffered extreme pain brought on by neuropathy, the ignominy of being told by several medical professionals that she was imagining her illness, and eventual grim acceptance that she was destined to die.

Typical symptoms of Lyme include a fever, headache and fatigue. If left untreated, infection can spread to the joints, the heart and the nervous system. The disease is transmitted to humans through the bite of an infected blacklegged tick. The bites typically spring up a bullseye rash, that can often go undetected.

“When I first got sick, it started with weird symptoms. I had very loud tinnitus that would come on suddenly, and a really strange feeling like someone had set fire to the top of my head,” Dawnn said.

“I was in a tremendous amount of pain and discomfort.”

Believing she was going through a serious medical episode, Dawnn went to the emergency room at Southlake Regional Health Centre in Newmarket.

“They had no idea what was wrong. They thought I was suffering from anxiety or something. They told me to go to my regular GP. He did some checks and couldn’t find anything. This was going on for months, and then I started to lose weight,” Dawnn said. “I went from around 150 pounds to 69 pounds in a few months.”

That all of this occurred at a time when Dawnn and her husband, Dave, were preparing to build their dream home in Haliburton County was particularly cruel. The pair had purchased a plot of land on West Lake, and had gotten to the stage where they were talking to contractors. That all fell apart, quickly, once it become clear that Dawnn’s sickness wasn’t going away. The couple sold the property in early 2020.

As she reflects, Dawnn said she and her husband visited a handful of hospitals and doctors in Southern Ontario in that first year. She went for dozens of MRIs, CT scans and X-rays but nobody could put a finger on what was going on.

More time passed. Still no answers. Eventually, the finger started to point towards Dawnn herself. “They just kept saying they couldn’t find any reason for the weight loss, no reason for the neuropathy … I had had a Lyme test by then, and it had come back negative. Eventually, the doctors started to say that I must have mental issues … They tried to blame me, telling my husband that I must be starving myself, or that I had an eating disorder,” Dawnn recalls.

This story is one of thousands that Steve O’Neill has heard during his 15-year career as a Lyme Disease practitioner in Ontario. He operates a specialist clinic in Uxbridge, offering treatments, help and supports to hundreds of patients annually.

O’Neill said the makeup of the disease itself and the way the medical profession approaches it in Ontario makes Lyme appear elusive and hard to diagnose.

“Lyme is called the great imitator because it looks like so many other things. It could be fibromyalgia, chronic fatigue, neuralgia, the list goes on and on. The unique symptom of Lyme is that it’s what they call migratory, meaning the symptoms come and go and move from place to place and change in severity from person to person,” O’Neill said. “Unfortunately, most places in Ontario – and this is a problem all across Canada too – just aren’t equipped to be able to properly diagnose and treat Lyme. And, even if they are, there is still a wide belief that there’s no such thing as chronic Lyme,” he added.

Chronic Lyme, O’Neill says, is when Lyme Disease has gone undiagnosed and untreated for a period of time – which can be as short as two weeks – leaving it to run roughshod over your body.

Feeling failed by the Ontario health system, Dawnn eventually went private after being convinced by a psychologist that her problem was indeed real. She had bloodwork done at a private clinic in Toronto, which was sent for testing at a specialized Lyme facility in Germany. When the results came back, Dawnn was told she had one of the most advanced cases of chronic Lyme on record.

“By this point I couldn’t function at all – my vision was failing, my hearing was failing, my heart felt weak. I couldn’t stand up at all. I felt like my kidneys were giving out, my bowels weren’t working. My brain wasn’t functioning anymore. I was pretty much ready to die,” Dawnn said. “Then we went to see Dr. Timothy Cook, and that was the first time I felt real hope.”

Cook works alongside a team of “Lyme literate” physicians at the ReGen Clinic in Toronto who develop what Dawnn describes as functional treatment models for patients looking to recover from a Lyme diagnosis.

She credits Cook with saving her life.

Now, a year later, Dawnn’s condition has improved tremendously. After completing courses of prescribed antibiotics and natural supplements, she is no longer bed-ridden and is learning to walk again.

“The Lyme attacked the cartilage in my knees and feet, so I have what’s called Lyme arthritis. For a while, my knees couldn’t straighten out and were locked at a kind of 45-degree angle … My doctor assures me that I will walk again, and I’m working very hard with a physiotherapist a few times a week to try and get my mobility back,” Dawnn said.

While the cost of going private was substantial – Dawnn estimates she and her husband have spent around $50,000 on different appointments, procedures and medications over the past three years – the new lease on life her recovery has given her has been priceless.

In the past couple of months, Dawnn has written three children’s books that she plans to self-publish, and has even been keeping up with real estate postings in the area.

You see, her dreams have been reinvigorated too.

“I had everything stripped away from me – all of my dreams, my talents and almost everything in my body. Everything that I loved and held dear and cherished was stripped away until I was nothing but a skeleton waiting to die. Now that I have another chance, I’m actually starting to dream again,” Dawnn said. “My dream is to get myself walking again, then I’m going to walk right out of [physiotherapy], sell our house and then move to Haliburton fulltime.”

The couple recently purchased a plot of land in Fort Irwin and plan to build their “dream home” on the property.

Now that she has come out successfully on the other side, Dawnn plans to become an advocate for improved Lyme Disease testing in Ontario.

“I know there’s around 2,000 cases reported here in Canada every year, but the real number is much higher because so many people aren’t diagnosed. Lyme is becoming more and more prevalent,” Dawnn said. “Our medical system is not set up to diagnose Lyme Disease properly. Because of this neglect, it almost guarantees that many Lyme patients end up with chronic Lyme.”

Community grieves for one of its own