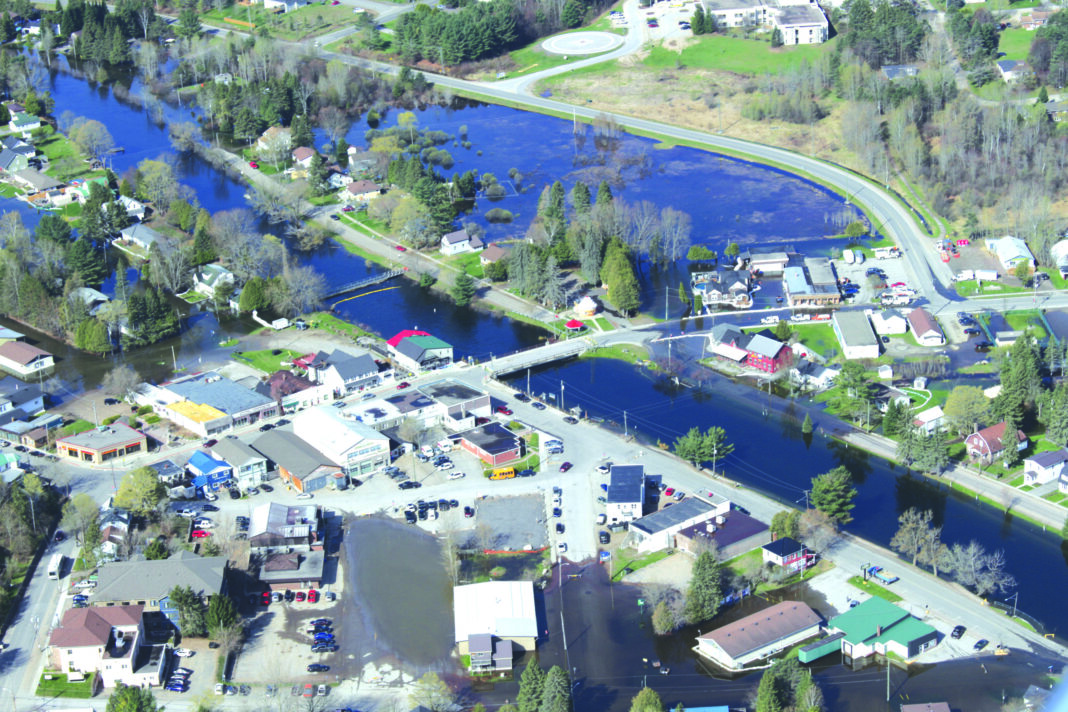 Minden Hills mayor Brent Devolin asked experts with the Ganaraska Region Conservation Authority (GRCA) Dec. 15 if the Trent-Severn Waterway (TSW) could be convinced to one day dredge part of the Gull River following the completion of the County’s flood mapping project. His comments came after a project update to County council’s meeting last week.

Cory Harris and Ian Jeffrey of the GRCA went through a technical 31-page slide presentation. Dysart et al mayor Andrea Roberts started the post-presentation discussion when she asked, “how do we take this information and do something with it?”

The County is working on a four-year project to produce flood hazard mapping along central waterways and key lake areas within the Gull and Burnt River watersheds. County planner Steve Stone said the intent is to develop flood mapping and flood mitigation planning and regulatory tools.

The project has involved LiDAR (Light Detection and Ranging data) and now bathymetric data, to determine flood lines on the two flood-prone systems. In answering Roberts’ question, Stone said the County would take its findings to the public, specifically the floodplain mapping and lines.

He said the information could be rolled into the County’s official plan and they could develop specific planning policies. “It will drive community development for the future,” he said.

For example, he said if someone wanted to renovate a property identified as being in the floodplain, they may have to incorporate flood proofing into their plans.

He added institutions, such as retirement homes or nursing homes, would not be allowed in floodplains as the public could be at risk. “Policies will be generated to direct those users elsewhere to safer areas,” he said. He added, “it goes beyond that … to help us better prepare for emergencies, make our infrastructure more resilient, and deal with operational plans put out by public works departments.”

Roberts then asked about reservoirs and other diversion methods. Harris said some options had been looked at historically, including diversions and increasing dam sizes.

Devolin commented he spent time in New Orleans after historic flooding in that state in 2016, looking at what measures were taken there in hopes of mitigating future flooding. He said they put in dykes and other barriers.

He asked if the bathymetric data might support the need for dredging to deepen and widen the channel in Minden from the Minden dam to Gull Lake.

He wondered if a case could be made to the TSW. Harris replied “I would say there may be.” He added the GRCA and the Kawartha Conservation Authority, another partner on the project, are sharing their findings with the TSW. He said the focus now is identifying the floodplain and lines, but it will lead to “options for looking at potential tweaks and localized solutions for the future.” “There’s not a silver bullet. We may have to live with the floodplain as it is. There’s certainly improvements we can make on how the system is operated,” Harris said.

He added in the case of storms, such as one in Timmins that dumped six inches of rain in a 24-36-hour period on already soaked, saturated ground surface, “one of the best things we can do for the community is … we’re not creating the hazard here. The floodplain is there now. All we’re doing is identifying the hazard for the benefit of the public and community so we can better prepare for when flooding does occur. That’s not to say we can’t make tweaks and improvements. Some of the best value is mapping where those areas are going to flood and then getting into flood forecasts and warnings so we’re better prepared for when those events do happen.”

See thehighlander.ca/2021/10/14/sciencehelping-to-mitigate-future-flooding/ for an already-published story on the County’s work.

Chief of emergency services, Tim Waite, received pre-budget approval to get moving on purchasing two new ambulances for the County.

In a report to the meeting, Waite said every six years they purchase two ambulances. He said the vehicles scheduled to be replaced next year are both 2016 with current odometer readings of close to 300,000 kilometers.

He said Crestline, their ambulance supplier, notified them earlier in the year that they can expect to see a seven to 15 per cent increase in costs this year with a delayed delivery of 12 to 18 months.

A 30 per cent down payment is also now required. “The earlier our commitment to purchase is intended to allow us to hold our spot on the assembly line to achieve delivery as early as possible in 2022,” Waite said. The expected cost is $333,900 plus taxes with a down payment upon order of $48,725

Residents speak out on shoreline bylaw