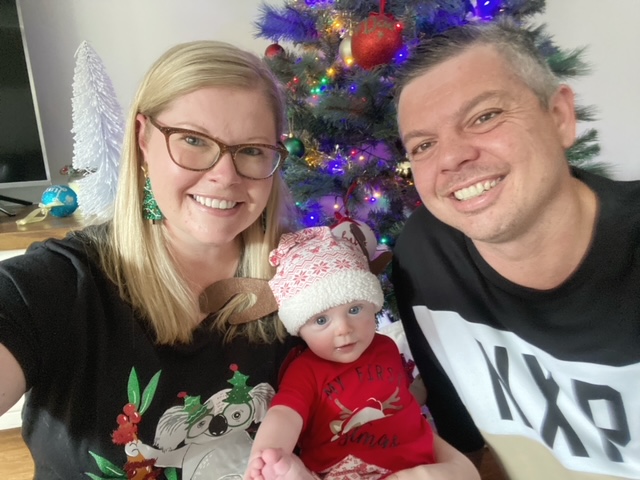 Sarah Anderson was excited to introduce her baby boy to family in Haliburton over the holidays, but recent COVID restrictions forced her to cancel travel plans.

Now living in Melbourne, Australia, Anderson was due to fly to Toronto Dec. 19 with her husband, Ben, and son, Jett, the first-time home in over two years.

“I am extremely close with my family. I’ve always been OK living abroad, because I always went home at least once or twice a year,” Anderson said. “Australia was quick to shut its borders, and it has only just started reopening them in the last month or so … When the borders opened up for my state, I was quick to purchase some tickets to Canada.”

In the weeks since, a fifth wave has run rampant across much of the world. Canada has been affected with Premier Doug Ford saying it’s “unlike anything we have ever seen.” On Dec. 15, Australia issued a travel advisory warning of the risks of flying into Canada. Anderson was worried about not being able to get back home, her husband’s travel visa, and travel insurance. “Our bags were literally packed, we had just gotten our negative PCR test results and were ready to go.

“My family was heartbroken, but they definitely understand. They want to meet Jett so badly, but they want to do it when it is safe to do so. I still have a pit in my stomach as I feel I’ve let everyone down. I’m trying to stay positive, and will just try to get there as soon as I can.”

Social gatherings are limited to 10 people indoors and 25 outdoors; 50 per cent capacity limits are imposed on most businesses; a maximum of 10 people may be seated together at restaurants or bars; bars and restaurants are required to close by 11 p.m.; the sale of food and drink at recreational facilities has been temporarily outlawed. Clay Glecoff, of Glecoff’s Family Store in Haliburton, says all businesses have been down this road before, so know what to expect.

He hasn’t seen a change in shopping habits, or numbers, since Omicron hit the news, or in the days since the new restrictions. Glecoff said he’s fortunate his store can hold 80 people, so capacity restrictions haven’t had much of an impact. “Fortunately, we’ve almost made it through December. If it [greater restrictions] happens in January or February, it won’t hurt as much.”

Bocking said more dates are being added. With some criticism of family gatherings being curtailed while 9,000 people can be in Scotiabank Arena, Bocking said she understands, “however, people need to limit their contact with others regardless of the setting.”

Dr. Norm Bottum, with the Haliburton Highlands Family Health Team, doesn’t believe another lockdown is forthcoming. “I am optimistic Omicron is not going to create as much serious illness as what we’ve seen with the other variants,” he said. He said contagiousness is the concern.

That’s why he’s behind the provincial government’s decision to implement certain restrictions over the next few weeks. “Experts are predicting all of us are going to be exposed to Omicron.

What we don’t want is for there to be 10,000 positive cases every day, where even one per cent of those cases need to go to the hospital. It’s that rush on the health care system that could cause real problems, and is what the province wants to avoid.” Booster shots are a good weapon, Bottum said.

“A lot of early evidence is suggesting this could be the last wave of COVID. It may turn out that this latest version of the disease is actually the cure for us.

A big outbreak of Omicron, with less serious illness, will lead to people developing immunity, and might be just what it takes to get through this, especially for third world countries who don’t have access to vaccines,” Bottum said. Haliburton Highlands Health Services said there may be some reductions of nonemergency programs and redeployment of staff, with new rules for visitors to acute care and emergency departments.

As of Dec. 21, only one essential visitor is being permitted at those sites, and all visitors must show proof of vaccination. Some exceptions will be made for palliative, critically ill and pediatric patients.