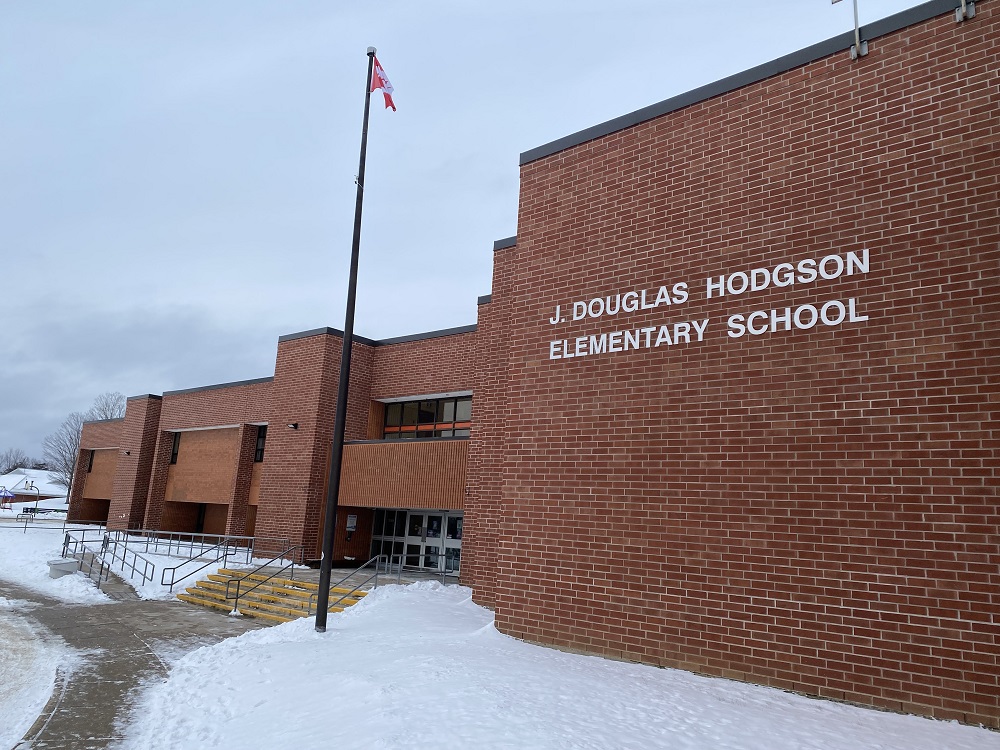 A COVID-19 outbreak has been declared at J.D. Hodgson Elementary School after three cases of the virus were identified among students last week.

The Haliburton, Kawartha, Pine Ridge District Health Unit says two cases were detected on Dec 4, with another identified over the weekend. Letters were sent to parents Dec. 6.

“Provincial guidance requires a school outbreak be declared when two or more linked confirmed cases occur within a 14-day period, where at least one case could have reasonably acquired their infection in the school,” Bill Eekhof, HKPR spokesperson, told The Highlander.

Eekhof said one classroom at J.D. Hodgson has been affected by this outbreak.

The situation is linked to an ongoing COVID-19 outbreak declared on school bus No. 32 in Haliburton County. As reported in last week’s edition of the paper, that bus was used to transport students to multiple schools in the area, including J.D. Hodgson, Stuart Baker Elementary School and Haliburton Highlands Secondary School. All individuals who rode the bus and were identified as possible high-risk contacts were instructed to isolate and get tested.

Two positive cases from that outbreak have been confirmed to be students from Stuart Baker.

The positive cases interrupted the Highland Storm schedule this past weekend.

While 13 cases of the new Omicron variant have been identified in Ontario since its emergence last month, Eekhof was keen to contain any worry, saying “at this time, the health unit has not been notified of any local cases of Omicron variant in its region. The Delta variant remains the dominant stream of COVID-19 locally and across Ontario.”