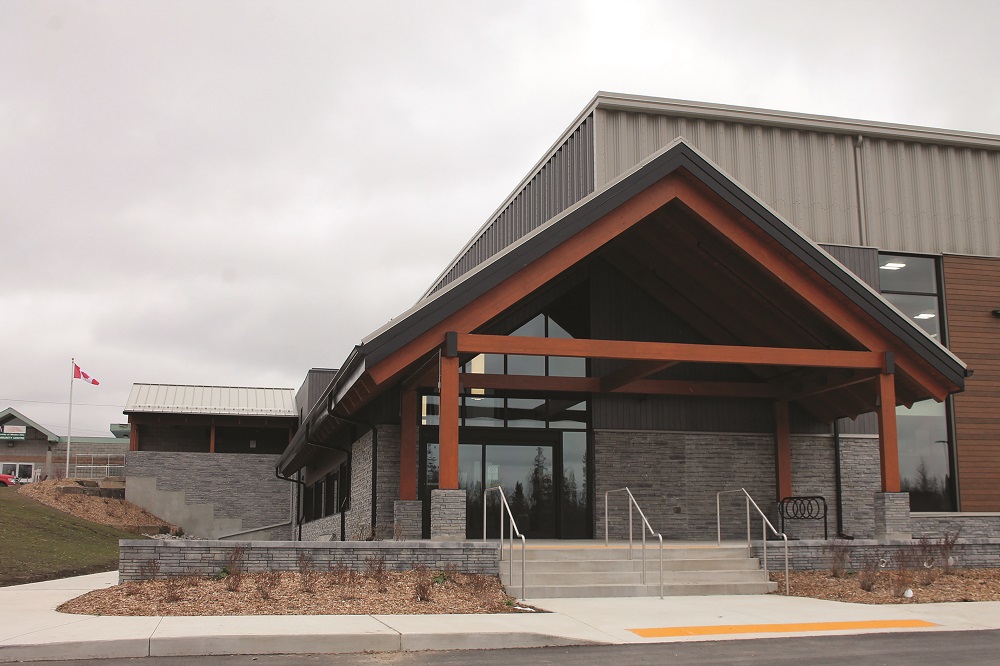 Frustrated at pushback for better website promotion of the arena fundraising committee, Coun. Jennifer Hughey reminded council at its Oct. 28 meeting that it had publicly made promises it had not fulfilled.

When the arena was given the green light on Feb. 14, 2019, Mayor Brent Devolin boldly suggested the community could raise $1 million towards outstanding items. A committee was struck in the summer of 2019 and set a $750,000 goal. COVID-19 largely killed all momentum until Hughey resurrected the committee on May 25, 2021 with a more modest target of $300,000.

During the meeting, she asked for council approval to canvass for new committee members; use already-raised funds to buy signage for the facility to promote fundraising; and create a pop-up or microsite on the township website.

While council eventually voted in favour of all three, it came after a lengthy discussion in which CAO Trisha McKibbin initially recommended against since a new website is now being worked on to be unveiled in January.

Coun. Pam Sayne was also against. She didn’t want busy staff thrown another task especially for the arena. She said she wanted the township to get “back to main business and caught up.” She suggested other strategies besides better website promotion.

Devolin suggested a more extensive conversation was needed between McKibbin and Hughey. But Hughey explained it would be a page within an existing website.

Coun. Bob Carter said he didn’t want the committee work delayed until January, which would cause it to lose all momentum. He thought something could be added to the site, such as the current COVID-19 information box that pops up when people go there.

Coun. Jean Neville agreed, “We have to get our fundraising going. It just keeps falling flat. This is an important area to get fundraising up and going and momentum going.”

Deputy mayor Lisa Schell said it was an opportunity “to get some of that [money] back via seat sales, I’d like to see it happens sooner rather than later.”

Hughey said, “I will reiterate some of the feelings that some of the council members had with regards to this facility. It’s very important to continue in the line of already existing media saying that we’re going to raise a certain amount of funds to pay some of the mandated items that we’ve listed. So, as a committee, we’ve basically stressed our goal to be only $300,000 and we feel it is very important to raise those funds for the facility … “

At the moment, Hughey and long-time volunteer Betty Mark are doing most of the committee work with another member resigning. They have been trying to promote a Take a Seat campaign, where residents and businesses can sponsor one of 294 sets in the new arena with a $500 donation. A plaque acknowledging the financial contribution will be affixed to each seat, and tax receipts will be issued.

Hughey told the meeting when they relaunched the committee, the momentum only lasted four or five days and they had not had a call in three months. She said they want to promote buying metres of ice and the walking track as well.

“By no means am I trying to cause any fuss. I’m merely trying to act as chair of this committee,” she said.

Minden transformer station to be expanded