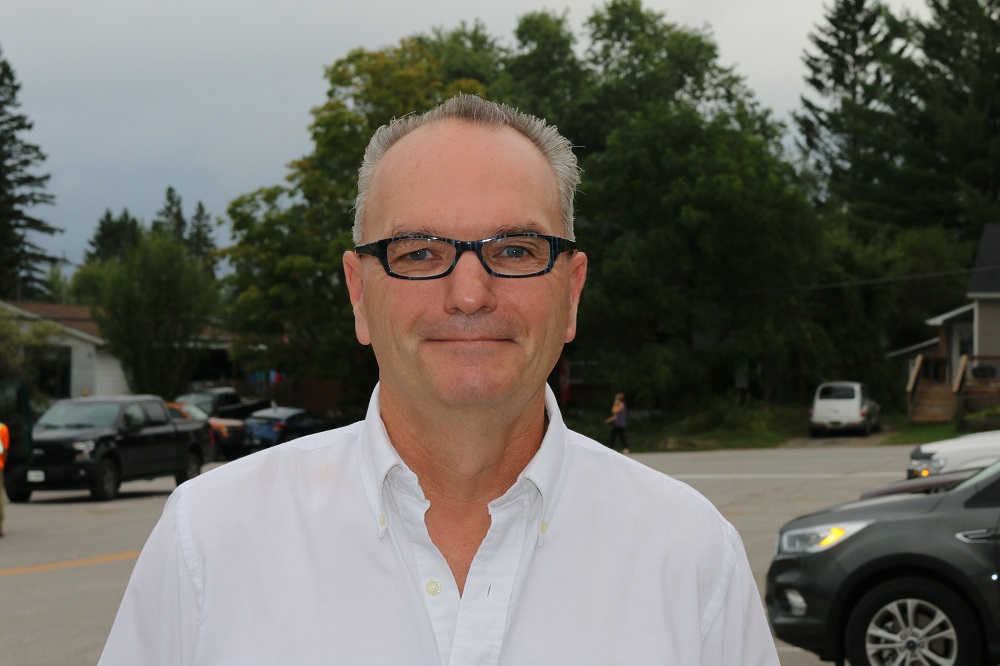 Devolin hinted at his political future in a social media post Oct. 25 when he said he would be watching the 2022 Minden Hills election “from the sidelines.”

He said he had planned to make an announcement Jan. 1, 2022 but took the lead from Toronto Coun. Joe Cressy, who told the public about his pending departure a year out from the next municipal election, scheduled for the last Monday of October.

Devolin said his friends and colleagues in Minden Hills and on County council knew he would be leaving but he wanted to give potential candidates time to prepare.

“It takes you a year worth of legwork if you’re actually, legitimately, honestly wanting to do the job,” Devolin said in an interview Nov. 2.

Into his eighth year as mayor, Devolin said another factor is that he’s tired. “There is a lot of politician and staff fatigue after COVID.” He foreshadowed that many will leave municipal politics by next fall. Devolin added he is a firm believer in term limits.

He said he first ran in 2014 as he was unhappy with the state of affairs in Minden and at the County.

He is pleased with the work he has been able to do on the flooding portfolio, including better communication with the Trent-Severn Waterway and Ministry of Natural Resources and Forestry, as well as lobbying for multi-million-dollar funding for work on County dams. He is also proud of the LiDAR mapping that has been done.

“That’s a big part of what I wanted to achieve and it’s either done or substantially done.”

He is also pleased the township was able to build a new fire hall and community centre as well as two affordable housing structures with a third public-private venture on the way along Highway 35 by the legion.

Working with the Eastern Ontario Regional Network on connectivity has been “icing on the cake” he added. “We’re in the early days of the actual construction project for the next four or five years for the mobile broadband wireless that we’re going to have.” With a projected 95 per cent connectivity for Haliburton County, “those are huge lifetime achievement things for me personally.”

He said his one regret is that he was not able to push to consolidate local government. “I have no hard feelings for those that have a different perspective.”

But in the end, he said, “Its been a good ride. I’ve had some successes and failures. And I don’t care whether you’re talking baseball or whatever, nobody bats 1,000, right?”

In Minden Hills, he thinks the greatest challenge is unprecedented growth and the impact on the environment.

He also believes the role of a municipal politician has changed drastically since the days of part-timers working off the backs of envelopes.

However, he said “It is now time to apply my efforts to something else other than this and move on. Just because I’m not going to be elected anymore doesn’t mean that I’m not going to be engaged in my community or be involved with things that I think will move the needle.”