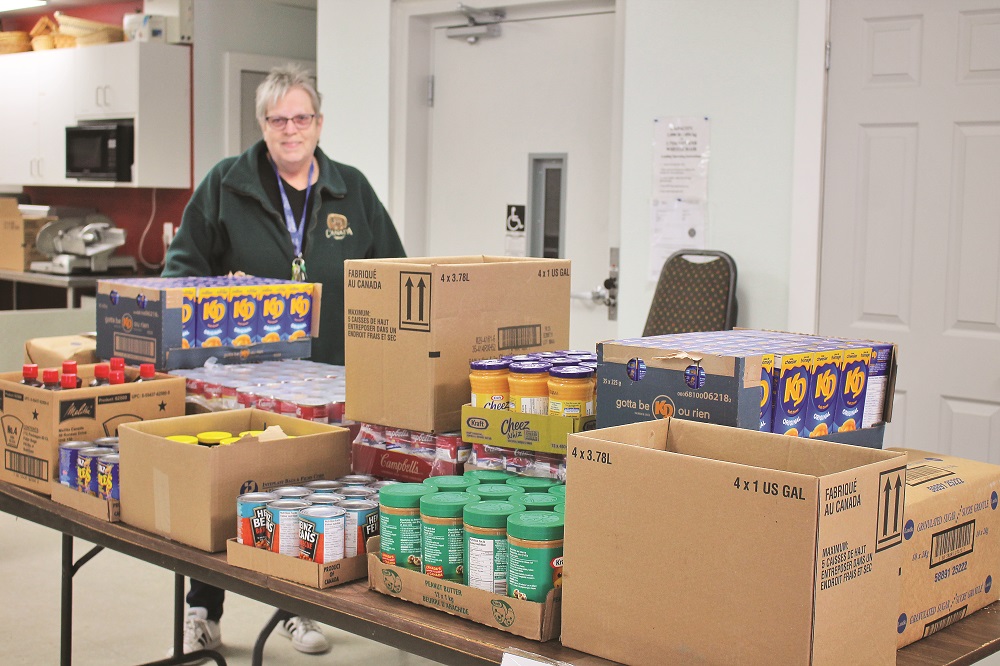 With Thanksgiving right around the corner, one local lake association is once again putting out the call to raise money in support of the Minden Community Food Centre.

For the past 10 years, the Maple, Beech and Cameron Lakes Area Property Owners’ Association has been donating food and money to the food bank in Minden as a way of “giving back” during a time when, typically, demand for support and assistance in the Highlands is on the rise.

“The idea was a simple one – we are all fortunate to be able to cottage or live in this community, and not all the people that make the community what it is are equally fortunate,” said Andy Muirhead, president of the MBC lake association. “So, we decided let’s do something to make it just a bit easier for those in need of some help.”

Originally, the group encouraged its members to donate food items that could be delivered to the food bank. Muirhead said many seasonal residents would close their cottage up in the fall, and clear out their larders. Rather than transport all of that leftover food home, many decided to donate it.

When the pandemic hit in March 2020, Muirhead realized it wouldn’t be possible to host a traditional food drive – so he turned his focus to cash donations instead. Last year, the association raised around $1,500.

“Then we added an additional $1,000 onto that amount,” Muirhead said. “We decided early that we would match any donations coming in, up to a maximum of $1,000.”

The association will be doing a similar thing again this year. While Muirhead said he would be grateful for whatever donations his group receives, he would really like to push on and break the $3,000 mark this year.

All money received will go towards supporting programming at the Minden Community Food Centre. According to Joanne Barnes, manager of the facility, the food bank serves over 250 families annually.

Since the onset of the pandemic, the food bank has also distributed more than 1,150 emergency boxes to individuals that have never visited the facility before.

“Thanksgiving is not just a symbolically good time for helping out, it is also the beginning of the slower times here in the County,” Muirhead said. “With the tourists and cottagers heading off, jobs are scarcer, and times get a bit harder.”

He noted that while cash donations are being encouraged during this drive, the food bank is able to accept food donations directly at their facility.

Cash donations are being collected at St. Peter’s Church on Maple Lake. Muirhead said the association will be hosting an appreciation raffle for donations over $25.