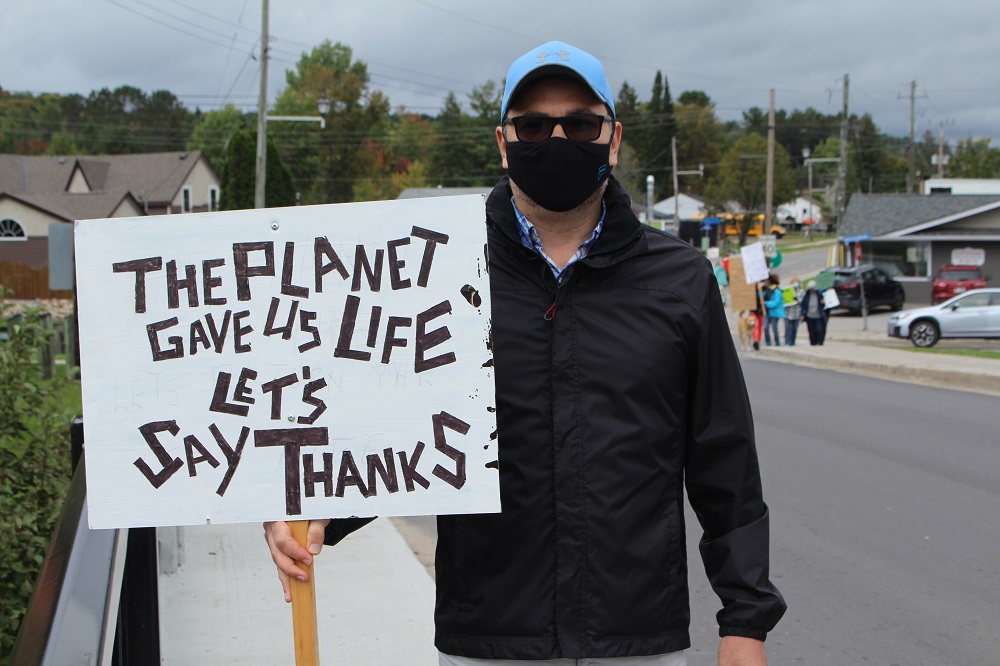 Up and down Water St. in Minden, climate activists participated in the Global strike for Climate. Founded in 2018 by youth climate activist Greta Thunberg, hundreds of thousands march each year across the globe to bring attention to the increasing threat of climate change.

The Minden event was organized by Concerned Citizens of Haliburton County and Environment Haliburton!

Dr. Scott Phipps, CEO of Clean Development Group, was in Minden visiting his parents. His company consults government and multinational corporations on clean energy initiatives, and he’s noticed a shift in mindset. “Now governments and policy makers are starting to get a little more on board,” said Phipps. “The one thing that’s taken me back is it’s been a very slow shift.”

For Phipps, and those at the strike, it’s important to realize how urgent the threat is.

“Some are frightened by the potential of climate issues. They’re a little apprehensive to engage,” Phipps said. “But it’s become so much of the public psyche now we’re realizing we can’t just hide away from it, we do have to address it head-on.”

Haliburton plans for climate change over next ten years